10 Reasons I Knew BLACK WIDOW Was Made By Women 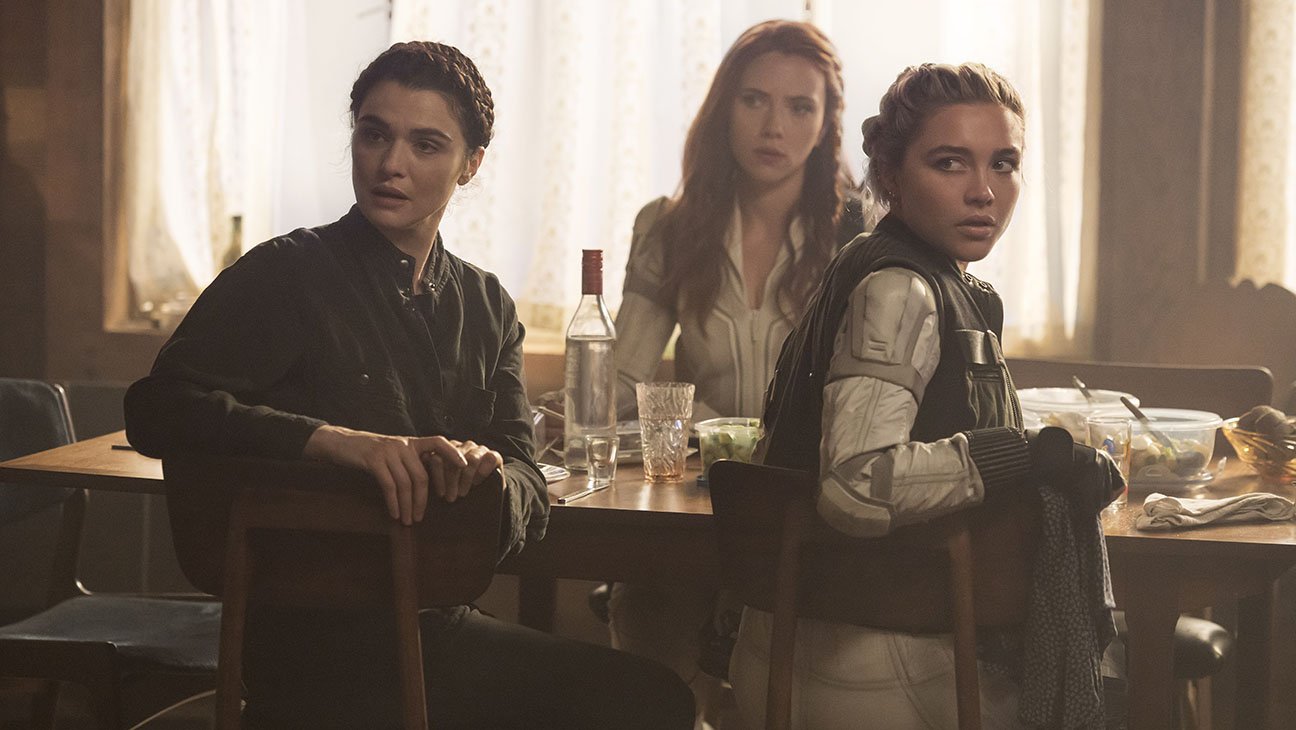 I loved this movie. But I had to hold it painfully next to a decade of wanting more. It’s complicated.

From Alex Cranz‘s commentary from TheVerge.com, “IT’S TOO LATE FOR BLACK WIDOW”: “It’s hard to be a fan of the Marvel Cinematic Universe’s Black Widow. She sticks out like a sore thumb. On a team of super-powered guys (and Hawkeye), she fills the less cinematic “master manipulator” and “weird sexy martial art flippity flips” roles. Her story until Black Widow has been about as nuanced and impactful as that of Smurfette’s. When she has been given more to do than pose in front of explosions or take people down with her thighs, the storylines have been so heavily critiqued they’ve turned punchline in their own right.

But the filmmakers do try to fix what was broken before they came along. In one of the standout moments of the film, Natasha is eluding a worldwide manhunt while doing absolutely nothing to change her appearance. As she drops some cash for snacks at a gas station her adoptive sister Yelena Belova, played by Florence Pugh, pointedly begins mocking Natasha’s tendency to pose and flip her hair after doing something athletically impressive. It’s extremely funny, and a great character moment — a sister ragging on one of the most humorless heroes in the MCU. It’s the filmmakers speaking through Yelena, chastising a decade of fetishization by Jon Favreau, Joss Whedon, and the Russo brothers while neatly establishing that Yelena will be different.”

As Alex Abad-Santos eloquently states in Vox.com’s “Black Widow gives the character a soul — several years too late”, it applies here for WIDOW’S place in the MCU:

“The crux of the movie’s story hinges on Nat breaking a system of abuse.”

So, here is the list of things that made me happy about this movie… besides the fact that the movie is super fun, funny, and heartfelt – and stands to represent breaking a system of abuse.

There is so much more to this, of course, but it’s fun to make a list. My apologies to Director Cate Shortland on this list.

I hope you’ve already seen this film before reading this post, but if you haven’t, I wanted to share this. I was most excited to watch the film after reading-

From Brian Tallerico‘s RogerEbert.com Review: “The best aspects of “Black Widow” echo the ‘70s spy movie tone of one of the best films in the MCU, “Captain America: The Winter Soldier.” Director Shortland and writer Eric Pearson (an MCU vet behind both “Avengers: Infinity War” and “Endgame,” along with Thor, Spider-Man, Ant-Man films and the ABC TV shows) unabashedly pull from beloved action and espionage classics with elements that echo the Bourne films, “Mission: Impossible,” “The Manchurian Candidate,” and, most of all, James Bond (a clip from 007 even plays on a television in the film). And yet “Black Widow” incorporates all of these spy-action greats into something that feels alive and original on its own terms, thanks largely to tight action choreography by Shortland and a great cast that centers four very engaging performances from Scarlett Johansson, David Harbour, Rachel Weisz, and, most of all, Florence Pugh.

There’s a fun duality to “Black Widow” that should make returns to other projects in this universe more engaging. It purposefully echoes themes of covert government programs from projects like “Winter Soldier,” revealing that the Americans don’t have the market cornered, and it also deepens Natasha’s life-long battle between being a lone wolf and needing a pack with which to run. Much was written about how “WandaVision” made previous MCU projects richer and there are elements of “Black Widow” that should do the same not only for Johannson’s previous projects but for Pugh’s going forward. It’s a standalone film that doesn’t just exist in a vacuum but enhances the films in which Black Widow stood with others.”