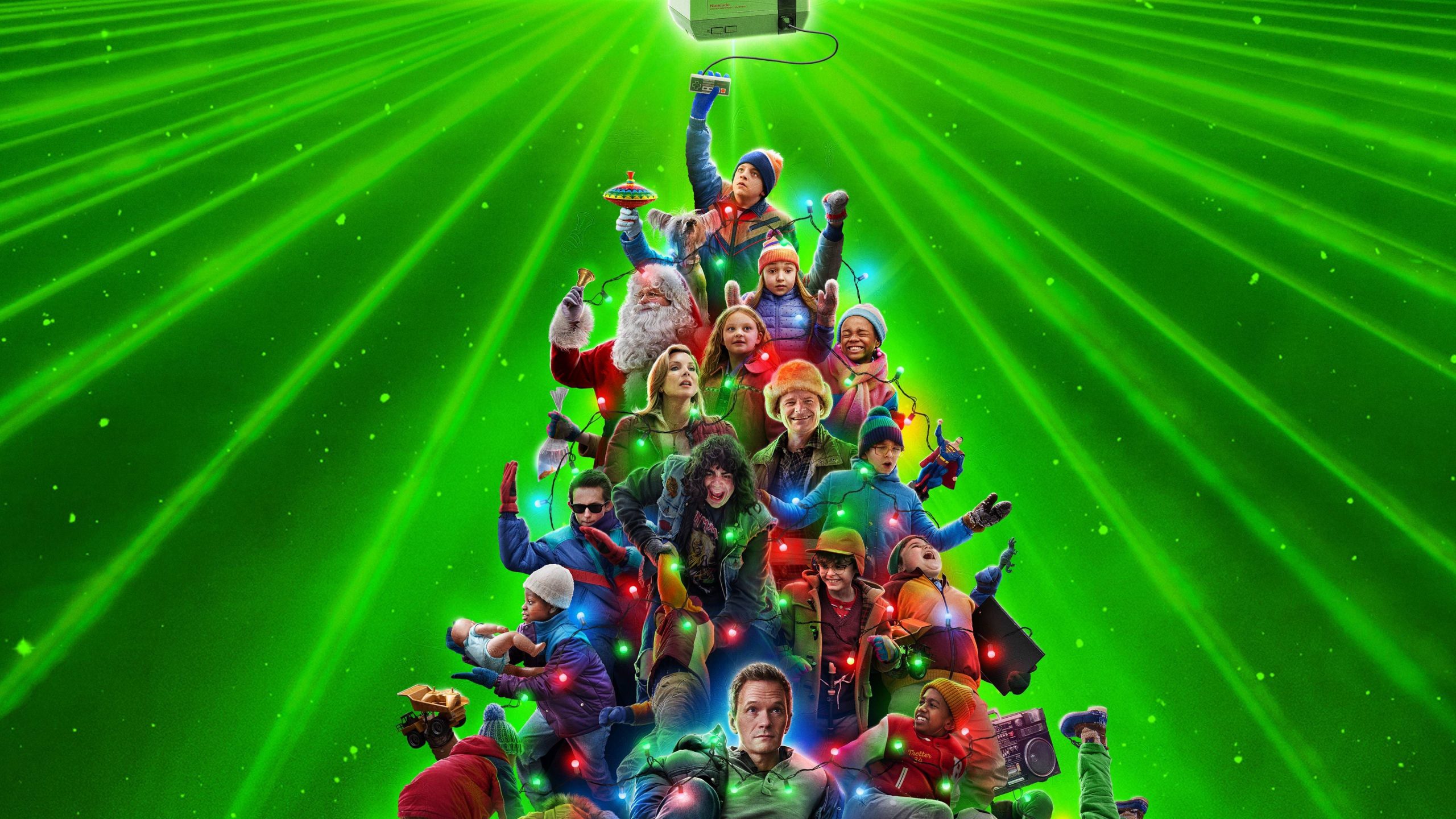 Family, deeply loved childhood friends, adventure, and a heist. What more could you ask for?!

Well, for one thing, I had no idea it existed. I cannot tell the good Christmas movies from the bad on all of the streaming platforms. We have to look up each one and see if we even recognize any of the actors – something I would NEVER want audiences to do. But that’s the time of year and the type of pandemic content overload we have. I cannot even tell if a movie is a genuine Christmas Rom Com or a ‘Hallmark’ style Rom Com (ya know, the ones without real stakes, conflicts, or chemistry). But the title and the presence of Neil Patrick Harris, June Diane Raphael, and Steve Zahn made it an easy pick – this is the one we’re gonna love.

And we were right!

Neil Patrick Harris as “Jake Doyle” (Adult) made it a safe bet, he is a mainstay for quality and comedy. I trust him and I identify with him (not sure why, though, we are nothing alike). No matter what he does in his career, he is relatable. Steve Zahn wins the 80’s dad award as “John Doyle” and a wonderful character overall- Absent minded, genuine, a dash of generational toxicity, and a disarming smile. June Diane Raphael as “Kathy Doyle” is a modern Bonnie Hunt, I mean that as the highest compliment in that Bonnie Hunt is PEAK perfectly imperfect Wife/Mom/Career Woman. But the stars of the movie are the kids of the late 1980s! Just watch. I don’t want to spoil it, so I can’t say too much!

The narration sure sounded like it should have been coming from Patton Oswald, but it was Neil Patrick Harris pretending he looked like a young Patton Oswald. It was genuine in the right areas, realistic, and didn’t fall for the cheap aesthetic. This one ACTUALLY felt like the rose colored glasses of our youth that is more akin to the Now And Then and less like the manufactured tinge of Stranger Things. These two pieces of art do not need to be compared, they are entirely different in every way. But this comparison illustrates why I couldn’t enjoy the praise of Stranger Things as much as my fellow viewer. It felt like an ‘aesthetic’ instead of the genuinely nostalgic. When a darker 80’s childhood cinematic piece like E.T. or Goonies gets copied like someone is taking notes, I feel a little disconnected from the work. This movie, however, brought a brightness, a different palette, and even a dash of Home Alone. All of this to say that the storytelling in 8-Bit Christmas matched a feeling, cadence, range of family dynamics, and even wardrobe that was more than a pitch. This one felt like a real memory.