A 10-Year Retrospective With The Academy Award-Winning Breakwater Studios 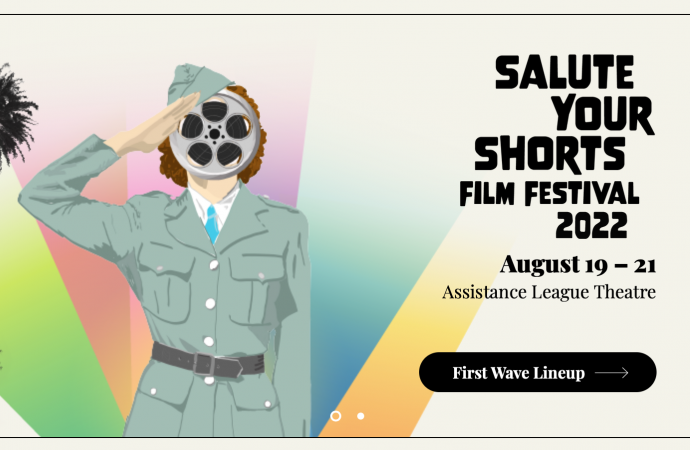 Welcome to my favorite festival: https://www.saluteyourshortsfest.com. Learn more directly from their site, but here is a quick update:

“We have been impatiently waiting to share this piece of news with all of YOU. SYSFF is EXCITED to announce we have partnered with Breakwater Studios this year!!

Founded in 2012 by Forbes 30 Under 30 entrepreneur and Academy Award®-winning director Ben Proudfoot, Breakwater Studios has been a pioneer in the world of the short documentary, connecting with millions of people around the world through their humanist, high-craft films. The studio’s work has been recognized by the Academy Awards®, The Emmys, The Peabody Awards, the Sundance Film Festival, the Telluride Film Festival, and the Tribeca Film Festival, among others. They are generously sponsoring our documentary category winner with a $1000 cash prize!

In addition, we will be helping the studio celebrate 10 years of achievements with our Breakwater Studios Retrospective and Q&A on Sunday, August 21st at 5 pm, prior to the Awards Ceremony. Founder & CEO Ben Proudfoot will be joined by Whitney Skauge, VP, Development, and Marketing. We are honored to partner with Breakwater Studios and we can’t wait to share their introspection on the art of short documentaries

Tickets and passes will be available JULY 12th.“

“Beloved by filmmakers and alumni, SALUTE YOUR SHORTS has been recognized alongside Sundance, Clermont-Ferrand, and Austin as one of “29 BEST FILM FESTIVALS FOR SHORT FILMS” by Divvy Magazine.

We curate an intimate lineup of stellar shorts from around the world in every genre, showcasing them to a community of artists seeking inspiration and conversation. Selected films will enjoy an audience of working entertainment industry professionals and compete for cash prizes.

Our festival was started by filmmakers for filmmakers. Every decision is steeped with intention and care – from the programming, to the parties and the marketing. The entertainment industry can be a cold and competitive place, and we seek to combat that through genuine care and connection. Community is one of our core values and thus, selected filmmakers are adopted into our filmmaking family. Notable alumni include Jim Cummings (Thunder Road), Ursula Taherian (United States of Al), David Fried (True Colors), and Danny Madden (Beast Beast).

We are seeking thought-provoking, conversation-starting stories that align with our mantra: Films with an Aftertaste. Whether they are shot on the iPhone or the Alexa, we seek to program a slate of films that represents the diverse and distinct voices in our world today.”