A Spoon Full Of Sugar: B POSITIVE Is Making Multi-Cam Comedy Fun Again 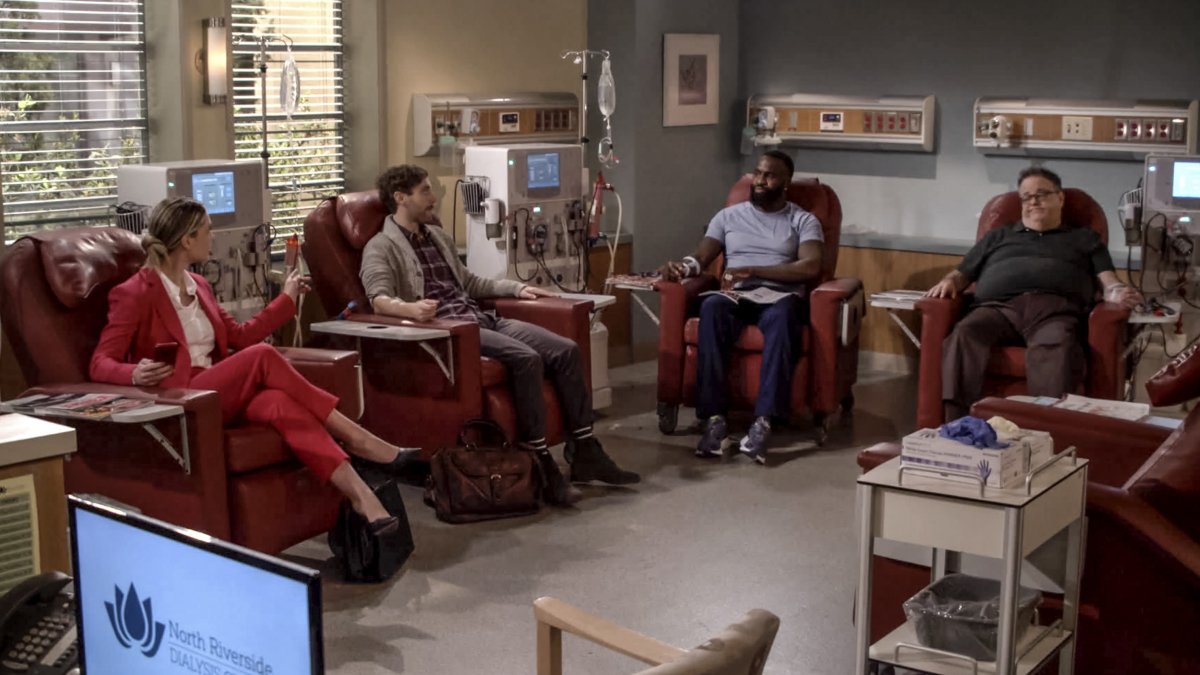 I feel like of all the multi-cams being pushed on us this year, B Positive is the only one that really attracts a younger viewer with the ol’ Darma And Greg energy buuuut with the incredibly talented Thomas Middleditch. Don’t get me wrong, Annaleigh Ashford is WONDERFUL. But my initial reaction is that Thomas Middleditch is being wasted in this format. After starting this premiere Season, I’ve realized that all of his best qualities that sky-rocketed Silicon Valley and Middleditch & Schwartz are actually being put to use in every episode of B Positive. He is doing stellar work, I can see a path to an Emmy on this show (for both of them).

I’m an actor’s actor- I root for actors and celebrate their wins. Both Thomas Middleditch and Annaleigh Ashford (and Linda Lavin) are giving this show their ALL. And this is the only way to keep a show like this rolling year after year. We are getting a huge education on dialysis, kidney transplants, medical frustrations, and emersion in a retirement facility culture. The concepts are very adult, but put forth in a youthful energetic way. I am actually learning a lot. I’m pretty embarrassed at how much I’m learning about this subject.

A diagnosis of kidney disease means that a person’s kidneys are damaged and cannot filter blood the way they should. This damage can cause wastes to build up in the body. Kidney disease can cause other health problems, such as heart disease. If you have kidney disease, it increases your chances of having a stroke or heart attack. Major risk factors for kidney disease include diabetes, high blood pressure, and family history of kidney failure. (according to National Institute of Diabetes and Digestive and Kidney Diseases)

This Chuck Lorre baby is going to be at the center of mainstream network pop-culture conversation for a long time (His last hit The Big Bang Theory lasted 12 years for goodness’ sake). My one request is that they mix up their principal cast to showcase better representation of traditionally underrepresented groups and upgrade some cast members to real meaty storylines to explore the incredible inequalities in medical care for certain characters. I want to find a way for loyal audiences to push for representation in shows like this. I want longevity for those actors. I want the education to explore more than just an upper middle class white guy’s experience. Those moves can come from above AND from audience participation, so if you’re inclined to watch a multi-cam network comedy with potential – watch THIS one and ask for equitable story arcs, celebrate characters with diverse backgrounds, make those actors FAMOUS, and share these kidney/dialysis facts with your peers, it could save a life one day!

If you haven’t checked it out, add this one to your list. Check it out HERE.