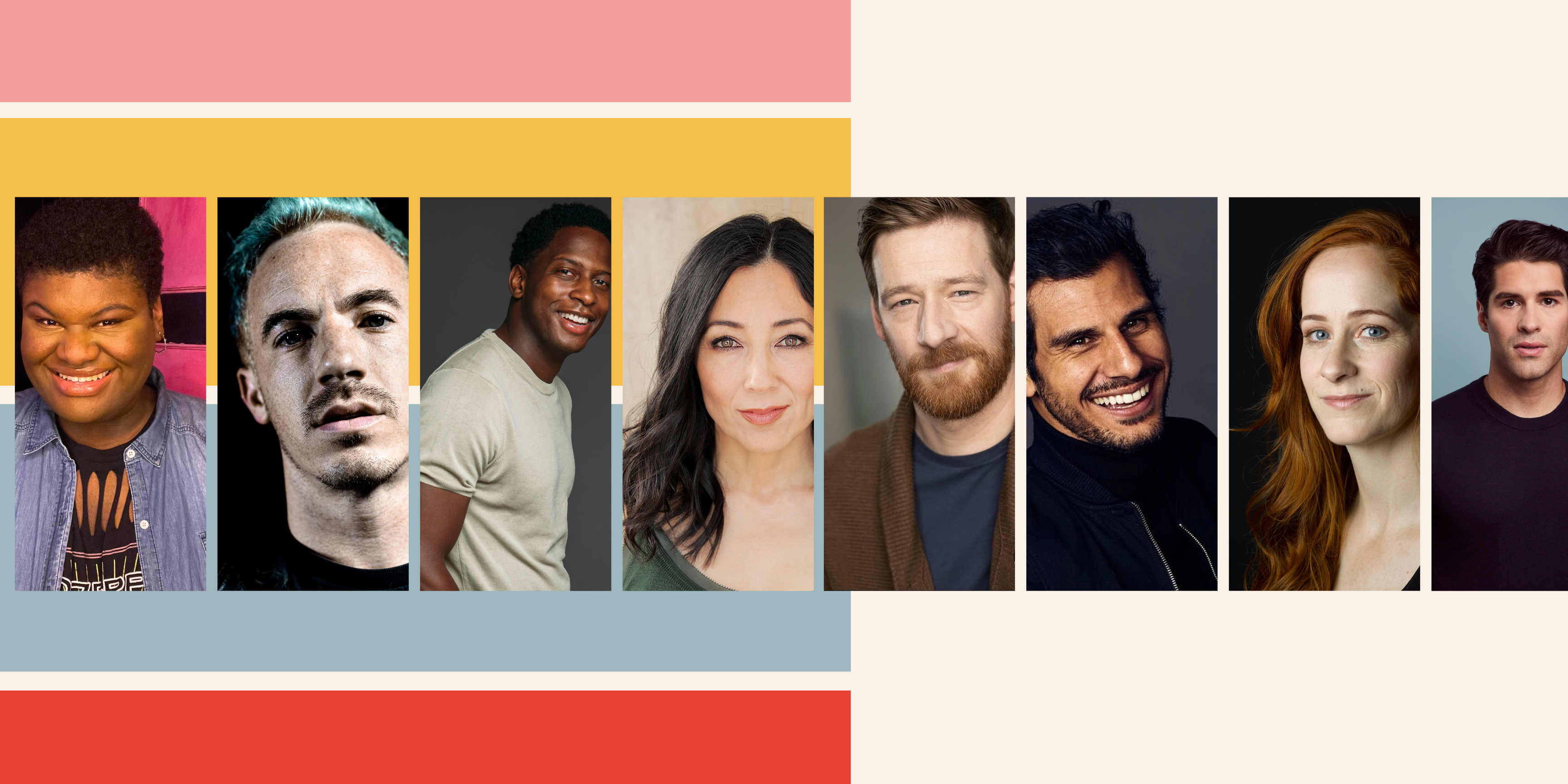 I have a handful of favorite actors I like to root for, these are the new actors I’m adding to my batch in 2022. You should, too. I offered an opportunity for directors, producers, and casting directors to nominate talented breakout performers. About 1/3 of these performers are working tooth-and-nail to make their own opportunities,

I have a handful of favorite actors I like to root for, these are the new actors I’m adding to my batch in 2022. You should, too. I offered an opportunity for directors, producers, and casting directors to nominate talented breakout performers. About 1/3 of these performers are working tooth-and-nail to make their own opportunities, supporting the philosophy that content creation is a great way to get seen in the best casting possible. Another third of this group has been cast in huge, high-profile projects for the first time. Take your time to look up each actor and be prepared to see them on screen again and again. I chose actors from every level of project and genre, so you’re bound to find a new favorite show or movie in here as well!

These actors have spectacular and imaginative projects coming out, don’t miss these breakout performances:

Paula is represented by Shawn West at The Wayne Agency, Rachel Rothman at Rothman/Andres Ent, learn more at http://officialpaularhodes.com.

Whether you’ve seen him as Dustin on Santa Clarita Diet, the lead in Psycho Brother In Law, or Aiden in Mommy Would Never Hurt You – Zack’s always a stand-out performer although in this one he might be entirely unrecognizable as one of Tommy Lee’s besties. Nothing like this-

“Pam & Tommy” follows the story of Pamela Anderson and Tommy Lee’s relationship, going back to their whirlwind romance that started with them marrying after only knowing each other for 96 hours in 1995.

Zack is represented by manager Justin Deanda of Industry and agent Rachel Tolliver of Firestarter. Learn more at tripintolove.com.

A group of toy store employees must protect each other from a horde of parasite infected shoppers.

From fandpmovie.com, “Frank is on a road to nowhere when he stumbles into a run-down strip club where he sees Penelope dancing on a wobbly brass pole. This chance encounter ignites a love story that burns hotter than the West Texas blacktop. Leaving their broken lives in the rearview mirror, Frank and Penelope head West with no destination in mind but each other. But a chance meeting leads them to the “Table of Truth” with a seductive, charismatic cult leader who has a penchant for travelers’ darkest secrets – and his own ideas on sins of the flesh.  Two soulmates who had nothing to for live now find themselves in a bloody battle for life and love in a world where EVERYTHING is worth dying for.”

And you might have just seen him on American Crime Story-

Brian is represented by Entertainment Lab and the Osbrink Agency. More on IMDb.

Click Here To Learn More About “Frank and Penelope“

SCRAP is about a young single mom (Vivian Kerr) struggling to hide her homelessness from her estranged brother (Anthony Rapp) and his wife (Lana Parrilla). A short film version of ‘SCRAP’ was shot as a proof of concept, the short was selected in over 30+ film festivals worldwide, and received 31 awards/nominations.

Christine Weatherup She/Her in “See You Next Christmas“

See You Next Christmas is an indie holiday romantic comedy written, directed, and starring Christine Weatherup. When chronically single Natalie and Logan continue to run into each other at the same holiday party year after year, they begin to wonder if maybe they’re meant to be together.

Christine is represented by Sharon King at SK Management, learn more at linktr.ee/christineweatherup.

Will Madden He/Him of “Jethica“

Jethica is a feature film following a young woman, Jessica who is being stalked by a mysterious man. While taking refuge in the desert of New Mexico with an old friend she is forced to look beyond the grave to find a way to rid herself of the man stalking her.

And you may remember him from The Wolf of Snow Hollow:

From the film’s Instagram: “If you live in the state of Texas @thesleepingnegrofilm will be playing virtually at the @dentonbff Denton Black Film Festival starting January 27th. There will be a live virtual Q&A on Saturday February 5th.”

Regarding his last release:

Anchorage is a first feature from an unknown director, starring two relatively unknown unrepresented actors, made on a shoestring budget, shot chronologically in five days with a cast and crew of ten people, but regardless of all that, it has been winning festivals across the world from Stonybrook, to Oldenburg, to Laceno d’Oro.

Scott is currently without representation. “

Click here to buy tickets for “Anchorage,” February 15th and 16th at the Laemmle Playhouse 7,

Skyler Bible He/Him in “The Book Of Boba Fett“

Personally, I’m a big fan of Ghosts. Trevor has a sharp wit and displays a surprisingly vulnerable side (while still landing crass frat humor) in his first season arc. I’m excited where his character goes – especially since it’s usually somewhere fun!

Asher Grodman plays Trevor in the CBS series GHOSTS, which follows a young couple whose inherited house is inhabited by many of the deceased previous residents. Trevor is a finance bro who died as he lived: partying at a drug-fueled rager in the late 1990s and now, he walks around for eternity with no pants.

Keiko Elizabeth She/Her in “City On A Hill“