AIRWAY Explores Taking Up Space In The Most Claustrophobic Place 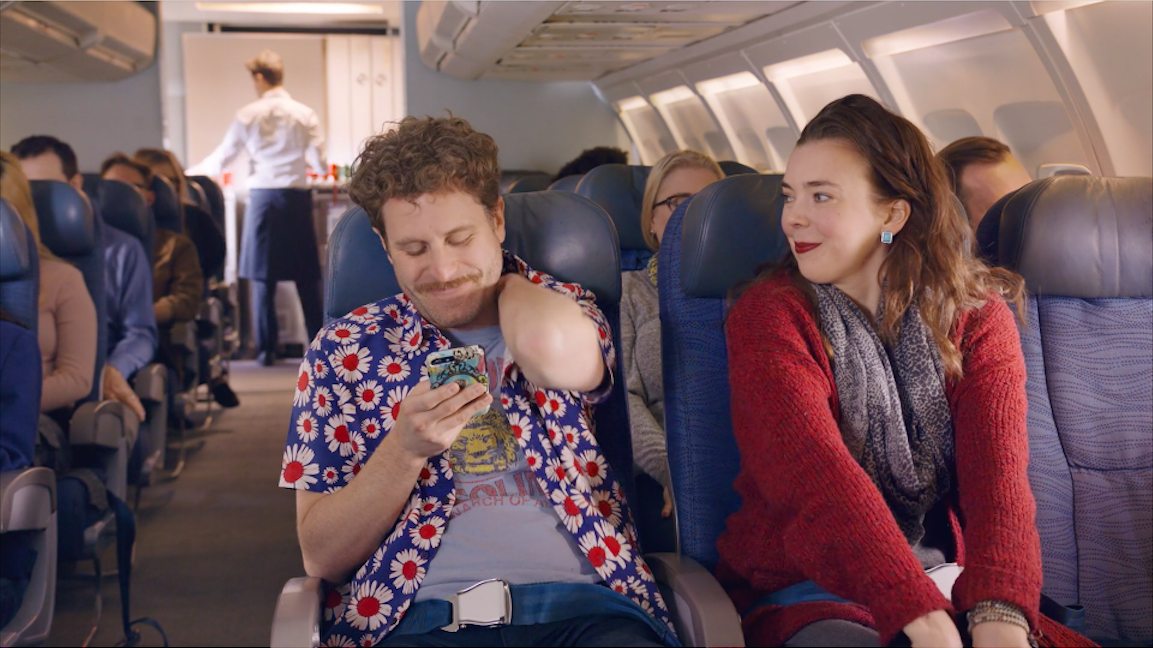 A Conversation with Director Jessica Redish on her new short, AIRWAY

Jessica Redish is a Los Angeles based director and choreographer with a background in music videos and live theater. Her latest short film, AIRWAY, recently won Best Micro Comedy Film at the Women’s Comedy Film Festival in Atlanta. Jessica and I recently spoke about her inspiration behind the hilarious new film.

“In fall of 2019, I was choreographing a commercial in Los Angeles and a play in Washington, D.C. Every time I flew back and forth, someone next to me would be on their phone when we were taking off. One guy was FaceTiming his buddy until about 35,000 feet,” she said.

The film is an exaggerated take on the worst-case scenario when flying on a commercial airline full of strangers. Flying can create a lot of anxiety for many of us, especially as tickets have become more expensive, space has become more cramped, and portable electronics bring with them a certain kind of disregard for other people on a plane.

Jessica explained, “We’re sucked into this vortex and we don’t necessarily listen to instructions. And it’s about taking up space. For that guy, that’s an impressive amount of space he was willing to take up. How is this person wired like this, and I’m wired in the opposite way?”

The film does a great job of capturing that tension between someone’s intense anxiety and their inability to say anything about it. In terms of the bigger picture, it’s refreshing to see that media is becoming more open to joke about it.

“It can be hard to ask for what you want, I think especially for women. It’s something we need to train ourselves to do. We don’t want to seem impolite, but we’re not meeting our own needs. I tried to capture the feeling of, do I say something and look like that nagging person, or do I take one for the team?”

Jessica studied theatre at Northwestern University, spent time directing plays in Chicago and New York, and ventured into directing music videos through a program at Rolling Stone. From there, she choreographed a Smashing Pumpkins international tour, won the Helen Hayes Award in Washington, D.C. for choreographing Silence! The Musical, a musical parody based on The Silence of the Lambs. Eventually, a job opened up in Los Angeles.

“It was February and the sun was out. I was sold.” She explained with a laugh. “I always wanted to live here, growing up in Chicago. It always seemed so dreamy, and in reality, it is.”

Now based on Los Angeles, Jessica has been working steadily in film. She is the current Ingrid Skulstad Williams Scholarship winner at UCLA extension, where she’s completing her certificate in film directing, and she was just accepted into the USC MFA programming for Directing, which will begin this fall.

AIRWAY is a sequel THE LAST CROISSANT, a short film she did in Washington, D.C. that ended up on Funny or Die in January 2020. It features the same protagonist, played by actress Jenna Rossman, who flew out to LA to reprise the character in AIRWAY. The six-hour shoot took place on a set at Air Hollywood in Pacoima, CA in February 2020.

Jessica’s most recent short, simply called cat., was a semi-finalist in Women in Media’s CAMERAdery Initiative last fall. The film in on track to shoot this summer with a vaccinated cast and crew, and a crowd funding campaign will begin on April 20, 2021.

Airway will be arriving on jessicaredish.com in the coming months, and The Last Croissant is available online now.