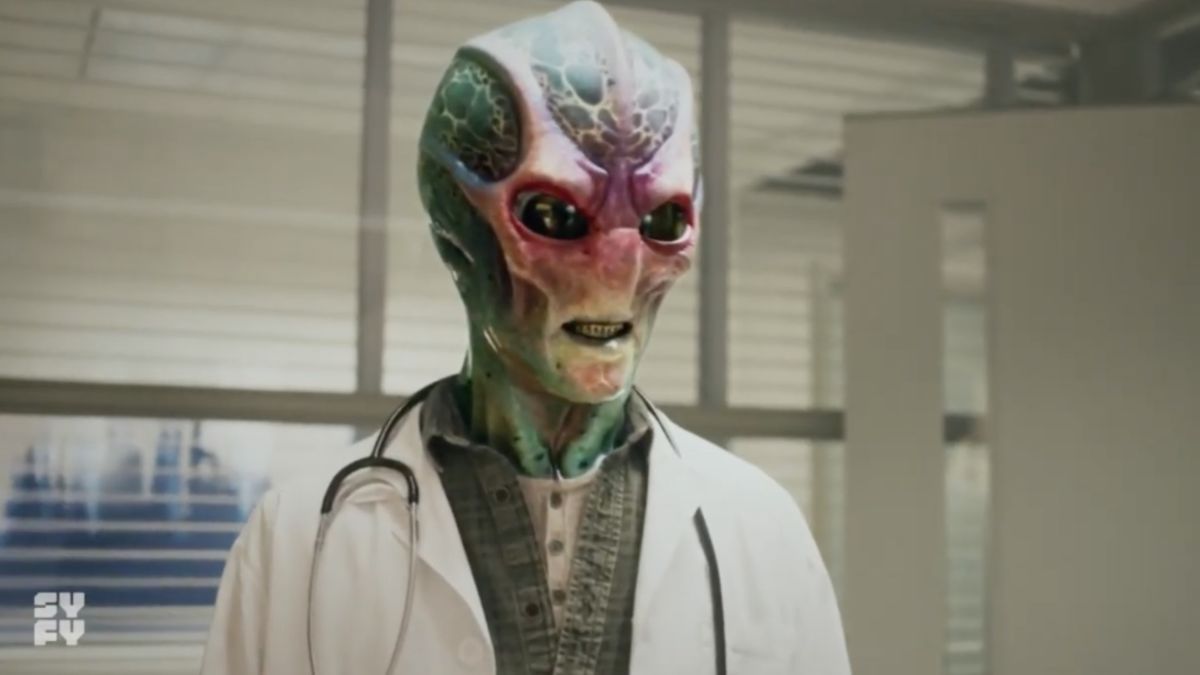 Alan Tudyk is originally from El Paso and now lives a BiCoastal dream life in New York and Los Angeles. He works on exciting projects with incredibly talented players. Alan Tudyk has the dream acting career where he can go to the grocery store or the theater without incident and equally recognizable and beloved by all across the geek-sphere and general audiences.

Alan Tudyk plays an alien and I’m officially convinced that HE IS ACTUALLY AN ALIEN. His attempt at being human is perfectly weird and brings doubt to my mind. Sara Tomko‘s “Asta Twelvetrees” is a wonderfully dramatic character carrying the themes of other-worldliness in her casual and thoughtful approach. Alice Wetterlund‘s “D’Arcy Bloom” is the epitome of charming, she’s incredibly present and unabashedly human. She is also attracted to the subversive social behavior of Alan Tudyk‘ “Harry Vanderspeigle” and gives us joy by sharing her lens with the audience. She’s almost in on the joke by finding his presence enjoyable despite his blunt disdain for human interest. I cannot wait to see what they do with Corey Reynolds‘ “Sheriff Mike Thompson” and Elizabeth Bowen‘s “Deputy Liv Baker” in the rest of the series. Also! Judah Prehn‘s “Max Hawthorne” and Gracelyn Awad Rinke‘s “Sahar” are electric young actors. I cannot get over how fabulous they are. I want a spin off-series at some point.

But what else do I know Alan Tudyk from??? Probably a dozen shows and movies since the late 90’s to now. Here are just the top few: