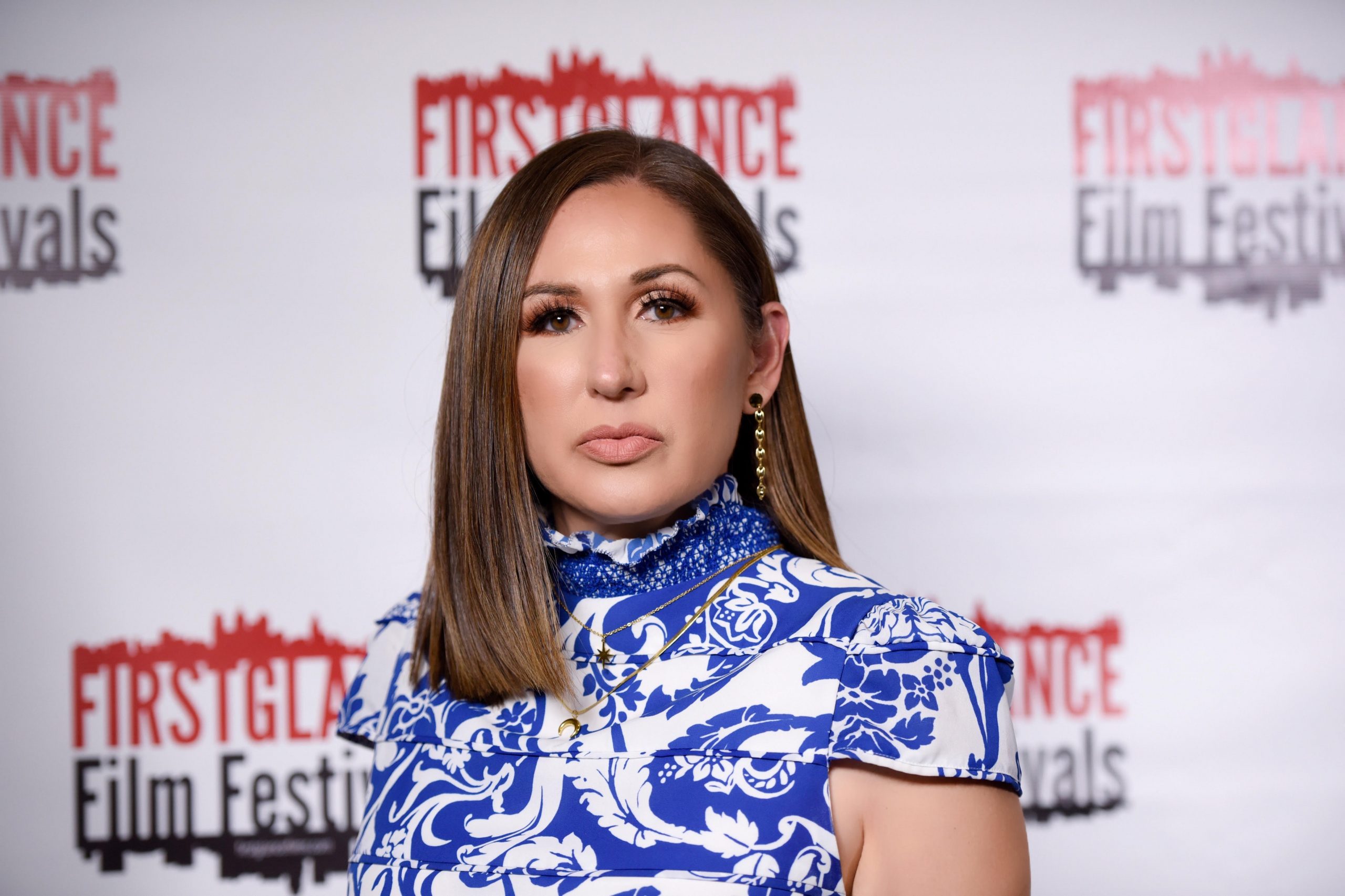 An interview with Cindy Maram.

Cindy Maram is a Global Digital, Media, PR and Entertainment Executive and Founder, Editor- in-Chief and Host of the entertainment celebrity news, interview and indie film reviews digital publication, Dig IN Magazine, which was founded in 2008 and provides on and off the red carpet media coverage via video (“Dig IN Magazine Celebrity Interviews” Talk-Show and YouTube Channel) and podcast (Scooped Podcast on Apple Podcasts, Spotify, Google Podcasts and other major podcast platforms) interviews with stars and industry talent at international film festivals and movie premieres.

You do a wide variety of things in the entertainment industry. What would you say is your favorite?

I “wear many hats” in the entertainment industry, so it’s difficult to pick a favorite as I enjoy various aspects of each role. My love of movies, as well as my experience growing up in Los Angeles with many friends who were actors in TV, movies and commercials naturally drew me to the entertainment industry. Because of my background, skills and interests, I initially became an entertainment editor and film critic and created Dig IN Magazine, which a few years later led to serving as a red carpet celebrity interview host, and Scooped Podcast, which I started in 2020 (available on Apple Podcasts, Google Podcasts, Spotify and all major podcast platforms.)

Since Dig IN has provided me with so many opportunities to meet interesting and influential people in Hollywood, such as A-List celebrities and famous public figures and has allowed me to travel around the world to film festivals, it’s definitely on the top of my list. The major festivals I’ve worked professionally and attended are the annual Sundance Film Festival, Mill Valley Film Festival, Tribeca Film Festival and internationally, the Cannes Film Festival in the South of France, as well as Venice International Film Festival, to just name a few.

One advantage of being involved in these film festivals is that I’ve met so many other film industry professionals, such as filmmakers, actors and film festival directors. I have always been interested in the filmmaking-side of things, so networking and getting to know directors and producers has been very helpful with my segue into film producing. On the entertainment PR and marketing side, through IN Close Entertainment, the creative and production agency that I founded a few years ago, which I’m also the CEO, I work as a personal publicist for talent, such as filmmakers and actors to help promote them, fulfill their visions in regards to their careers, and get media attention for their work and film projects.

My passion for collaborating with like-minded professionals in the film industry led to my work as a producer. The first film I worked on was as an Associate Producer for Director/Writer/Producer and friend Lissette Feliciano’s award-winning narrative feature “Women Is Losers.” The movie had its world premiere at SXSW Online 2021 this past March. We also just had an amazing in-person red carpet Hollywood premiere at the Los Angeles Latino International Film Festival 2021, which took place at TCL Chinese Theatres on June 6. It was one of the first Hollywood red carpet events since the pandemic. I’ve also worked on two award- winning short films as an Executive Producer and Producer for the animated short, “Rude Sleeping Beauty,” and also served as a producer on “Abbathy,” a 6-minute short with a relationship-focused theme. All three films are currently touring the national and/or international film festival circuit.

What’s it like being a red carpet host? Do you ever get nervous?

Being a red carpet host is honestly one of the coolest jobs I’ve ever had. Just being on the red carpet at movie premieres alone is exciting enough and interviewing celebrities, often A-Listers is a dream come true. I’m generally pretty prepared for my interviews due to all the research I do on the talent and the movie beforehand. Preparation is key. I would say that the research helps me not to get nervous, because I’m always ready with my interview questions in regards to the film project, as well as already know a great deal about the director or actor I’m interviewing.

Working on the red carpet is a big adrenaline rush. As like for any other interview you feel a little nervous, but I’m not easily intimidated by how famous a person is, because in the end, everyone is human. It is about genuinely showing an interest in them and their work, as well as making that connection on a professional and personal level. I would also hope that I help the talent I’m interviewing feel comfortable by the way I approach them and speak with them, which comes across nicely in the interview videos.

Who are some of the people you’ve interviewed?

Tell us about Dig In Magazine and why you started that.

I completed graduate and post-graduate work at the university level in the marketing and communications field taking courses in marketing, advertising and entertainment pr, film development, screenwriting, marketing and distributing independent films, film criticism, as well as web and graphic design, videography and photography. Following graduation, I began working for marketing agencies in Hollywood and then later moved into the Silicon Valley tech industry working for tech giants Google and YouTube. I also spent some time freelancing for some magazines and large publishing houses, which published print and online magazines.

At some point in my corporate marketing career, I had an “aha” moment in which I realized I possessed the talent, skills and creativity and drive to start my own digital publication, which became Dig IN Magazine. In the beginning, I built and hand-coded the entire website myself, did all the writing, event photography and shot, as well as edited my own video. Today, I have a team of videographers, editors, designers, photographers, contributing writers and interns to assist.

To develop the publication, I began reaching out to my friends in LA and Hollywood that were up and coming actors to see if they’d be up for me interviewing them for “this thing” I was trying to do. Fast forward 10 years later, they are now in blockbuster movies and star in their own films and TV series. My friends were all very supportive. I’m really grateful to them for never questioning if I could accomplish this enormous task of launching an online magazine on my own when there weren’t many out there.

The backstory is that when Dig IN was founded in 2008, print was still valued more highly than digital, so I didn’t receive a lot of traction in regards to invites to movie premieres, film festivals or was even able to obtain many interviews (unless I already had a previous connection with the talent.) But I felt that a cultural shift was on its way…and indeed it was. Online publishing was on the rise.

A few years later, blogging and digital media took off. It was then that my life changed, and I’ve never looked back. Hundreds of interviews later, I’m on the media list for the Academy Awards and top annual film festivals that I work closely with to film and interview celebrity talent and review movies, as well as publish event coverage to our website. All of this is publicized on our social media channels, @diginmag on Instagram, Facebook and Twitter. I really enjoy traveling and touring the film festival circuit nationally and globally on an annual basis. In addition, I work with streamers like Apple TV+, Amazon Prime Video and Netflix in regards to interviewing talent for their series and movies. Dig IN Magazine also serves as a Sponsor and Media Partner of the Mill Valley Film Festival, FirstGlance Film Festival Los Angeles and Philadelphia, Los Angeles International Film Festival, London Independent Film Festival and Paris International Film Festival.

What are some of the projects you’ve been working on currently?

I am really excited to announce that we have recently partnered with Instagram. As an Official Instagram Partner, Dig IN Magazine, has launched an Instagram Live interview series. Back in April, we worked closely with London Independent Film Festival and Festival Director Natasha Marburger to host a weeks’ worth of filmmaker interviews, as well as included festival announcements and a midway festival update that gained a lot of attention from both of our audiences. We feel really privileged and honored to be part of the early, select group of creators to have recently partnered with Instagram to continue hosting these Instagram Live videos, so we can keep bringing our audiences fresh content and interviews with more talent in the future.

We have been putting on these IG livestreams in conjunction with various film festivals, as well as in support of certain social causes. May was Asian American Pacific Islander Heritage Month and with CAAMFest, which is presented by the Center for Asian American Media, we hosted an IG Live with filmmakers Minsun Park and Teddy Tenenbaum of Star/Executive Producer Margaret Cho’s multi-award-winning short horror film “Koreatown Ghost Story.” And at the end of the month in support of Mental Health Awareness Month, we hosted an interview with FirstGlance Film Festival Los Angeles award-winning filmmakers Anya Bay and Olia Oparina for their short “I Am Normal,” as well as Awareness Film Festival presented and hosted by Heal One World, with Festival Director Skye Kelly. And we recently welcomed Paris International Film Festival Director and L’Age D’Or Feature Film Director and Star Jenna Suru on our live talk-show. Dig IN Magazine is the Official U.S. Press Partner of PIFF. Jenna and her team of filmmakers will be attending the upcoming Cannes Film Festival in July and we look forward to further collaborations with them at the festival.

Therefore, I am thrilled to announce that we are also headed to the South of France for our ongoing work and collaboration with the Cannes Film Festival for its 74th edition. As an accredited member of the media representing Dig IN Magazine serving as Audio Visual Press, we film and feature the red carpets for the festival’s movie premieres and interview talent. Further, as a film critic, I get a first look at movies before their commercial release and write movie reviews, which are published on Dig IN and teased on social media. So, stay tuned for insider photos and videos from Cannes on our Instagram Page and Story! I’ll also be attending Marche du Film as a filmmaker and look forward to seeing additional films, meeting other filmmakers and industry professionals at the many special events and parties around the festival and on La Croisette, which is the main strip where all the action happens.

Currently, I’ve been really focused on our feature film, “Women Is Losers” that I am an Associate Producer of. We’ve had a great run so far with premiering at SXSW with critical acclaim. There’s even a Wikipedia page for the film now and we’ve been covered by all the Hollywood trades. It’s been really exciting as I’m not only part of the movie as a filmmaker and producer, but on the press and media end, also have interviewed and featured the film’s cast and crew to feature on Dig IN Magazine. For the 2021 Los Angeles Latino International Film Festival (LALIFF) Closing Night premiere a couple weeks ago, we teamed up with Getty Images Entertainment to photograph the talent and film our red carpet interviews and arrivals. You can find the photo and video highlights from the red carpet premiere and after party on the Getty Images website.

As for the short films I’m working with, “Rude Sleeping Beauty” is an Official Selection of Watford Short Film Festival 2021 in the U.K., which will be featured virtually in August.

Needless to say, work during the pandemic has not slowed down for me or my team at all. However, as things begin opening up in regards to movie theaters and film events, we are looking forward to more red carpets and hopefully traveling to film festivals again.