ARLO THE ALLIGATOR BOY Brings Inclusion, Acceptance, and Delightful Music Into Your Home 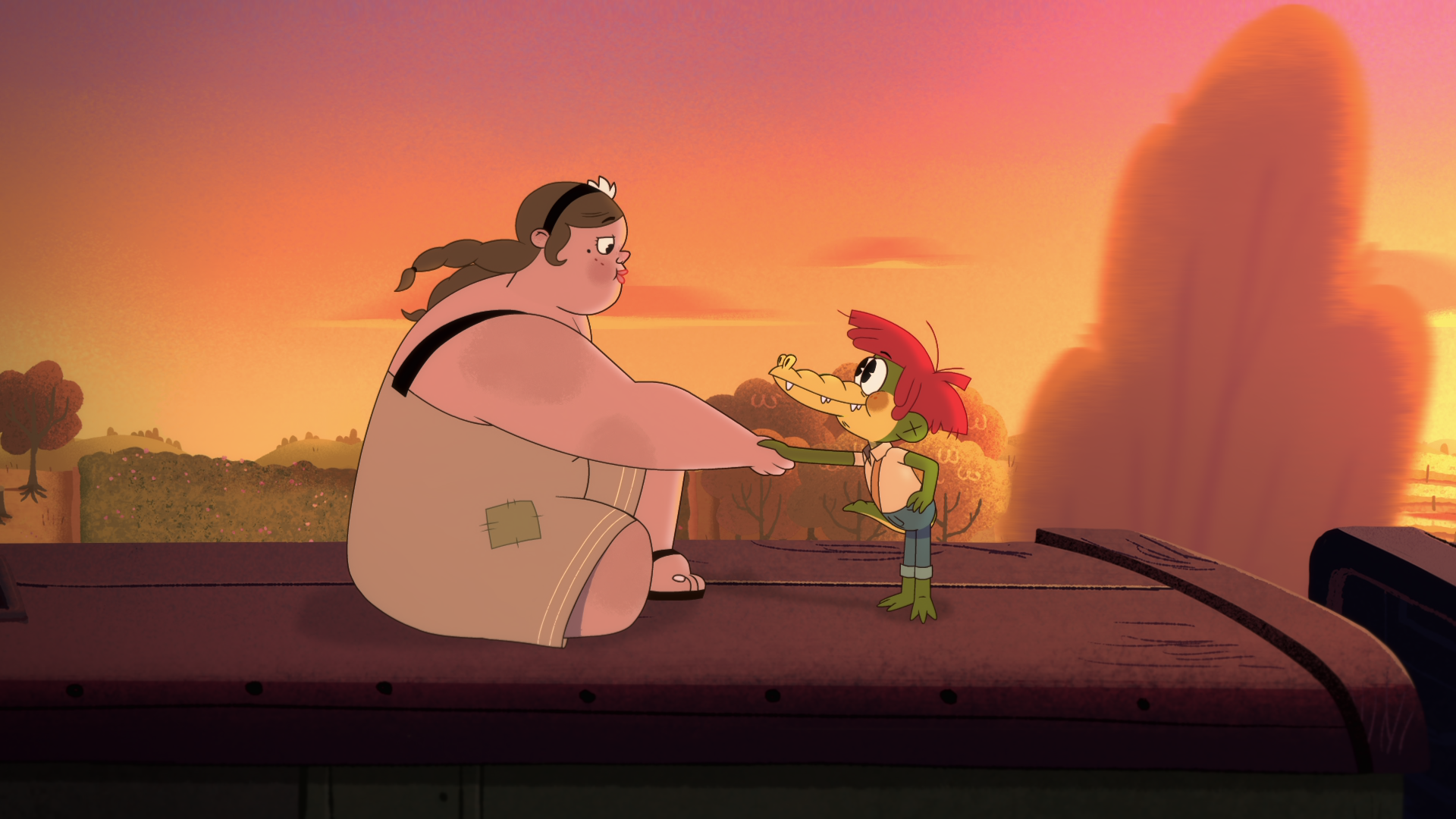 I had the opportunity to talk to the Writer/Director/Song Writer Ryan Crego about his creative work in this musical. Just like any other dream, it all humbly starts somewhere: “I’m originally from Northern California, I always felt like where I grew up was pretty boring as a kid, so I occupied myself with drawing cartoons and playing music with friends…”

Arlo the Alligator Boy has a heart of gold. And he could have been crushed under the weight of our heavy world, but he has something really special that keeps him moving forward: A chosen family of misfits that are meant to be together.

Arlo packs up to leave his beloved adopted Mother to find his true identity, which he believes to be found in the identity of his birth Father. He has been lonely growing up keeping his different-ness tucked away in the swamp without any real friends. He embarks on a wild adventure filled with characters beyond his imagination and finds that being different comes with great ups and downs in this world. I found it ironic that he even attends a prestigious and VIP event in NYC, the Met Gala, where being different is celebrated unlike any way we have encountered before. Voice talents Mary Lambert, Jennifer Coolidge, Tony Hale, Haley Tju, Vincent Rodriguez III, Jonathan Van Ness, Annie Potts, Michael “Flea” Balzary, and Michael J. Woodard inspire and entertain and move us to tears.

I recommend this movie for family viewing, this musical opened up a dialogue to talk with my kids about celebrating our differences. Resisting our popular culture’s messaging about “changing” ourselves to be more palatable and rejecting the very gifts that make us special is hard to contain in one short movie. But, luckily, we’ll be watching this gem over and over. I think the message will come across for all ages in your home, too.

Buuuut what did the kids think? Great question. I actually asked them to share their reviews with YOU.

7 year old: “I loved it. I like the Tiger, I like that the Tiger drives a lot. I like the Alligator, how he sings. It’s jazzy and it’s good. And I like how the singing goes. I like the dances that they do a lot and I like a lot more.”

3 year old: “I like what he said, and I love the Alligator singing.”

I couldn’t agree more! You could count all 3 of our reviews as Fresh. I’m sure the musical’s creators are excited about the premiere and all of the people about to meet Arlo and his friends this Friday. I had the opportunity to talk to the Writer/Director/Song Writer Ryan Crego about his experience working on this project.

Ryan Crego: “I originally created Arlo the Alligator Boy more than a decade ago.  He started popping up in my sketches, and I kind of fell in love with drawing him.  I had attached this sense of optimism and joy to him from the very beginning, and that spirit is what ultimately led him to the screen.  As I was finishing up my last project, and looking for something new to develop, it was my wife who convinced me to take another look at this project.  I had shelved it for a while.  The fact that someone else believed in it, after quite a few years was all the confidence I needed to give it another go.  Before I knew it, I was pitching it around and Netflix jumped in to pick it up as both a movie and a series.”

I asked Ryan Crego about his favorite part of making this musical. After waiting so many years to get this project on its feet, it’s hard to imagine keeping the passion alive. But this city is definitely a marathon, not a race.

Ryan Crego: “Definitely the music!  Alex Geringas (composer and co-writer on songs) and I had such a blast writing songs for these characters.  And to know that they would ultimately be sung by phenomenally talented vocalists, such as Michael J. Woodard and Mary Lambert… that made the whole process so much sweeter.”

The music is astounding, I started looking up how to get the soundtrack after a few songs in. I knew it would be a chart topper. At one point late in the musical, during a painfully beautiful sinking ballad, I turned to see my kids JUST as deeply immersed in the music as myself. This movie’s music touched all of us. I asked about Crego’s first collaborator, composer and song co-writer Alex Geringas.

Ryan Crego: “He is a song writer and composer that I have worked with in the past and I really admire him.  I could tell from the beginning that he really believed in the message and the theme, and proved to be the best collaborator I could have ever asked for.”

Ryan Crego: “Creating an animated film and series at the same time required a lot of time management on my end.  I also had to let go and trust my collaborators when it came to some of the creative decisions so I wasn’t spread too thin.  On a personal level, I think making a film that has themes of inclusion and acceptance opens your eyes and mind to ways you could be more inclusive in your own life.  Working with the actors who brought these characters to life has taught me so much about celebrating our differences.”