ATOMIC EDEN is the Real Deal 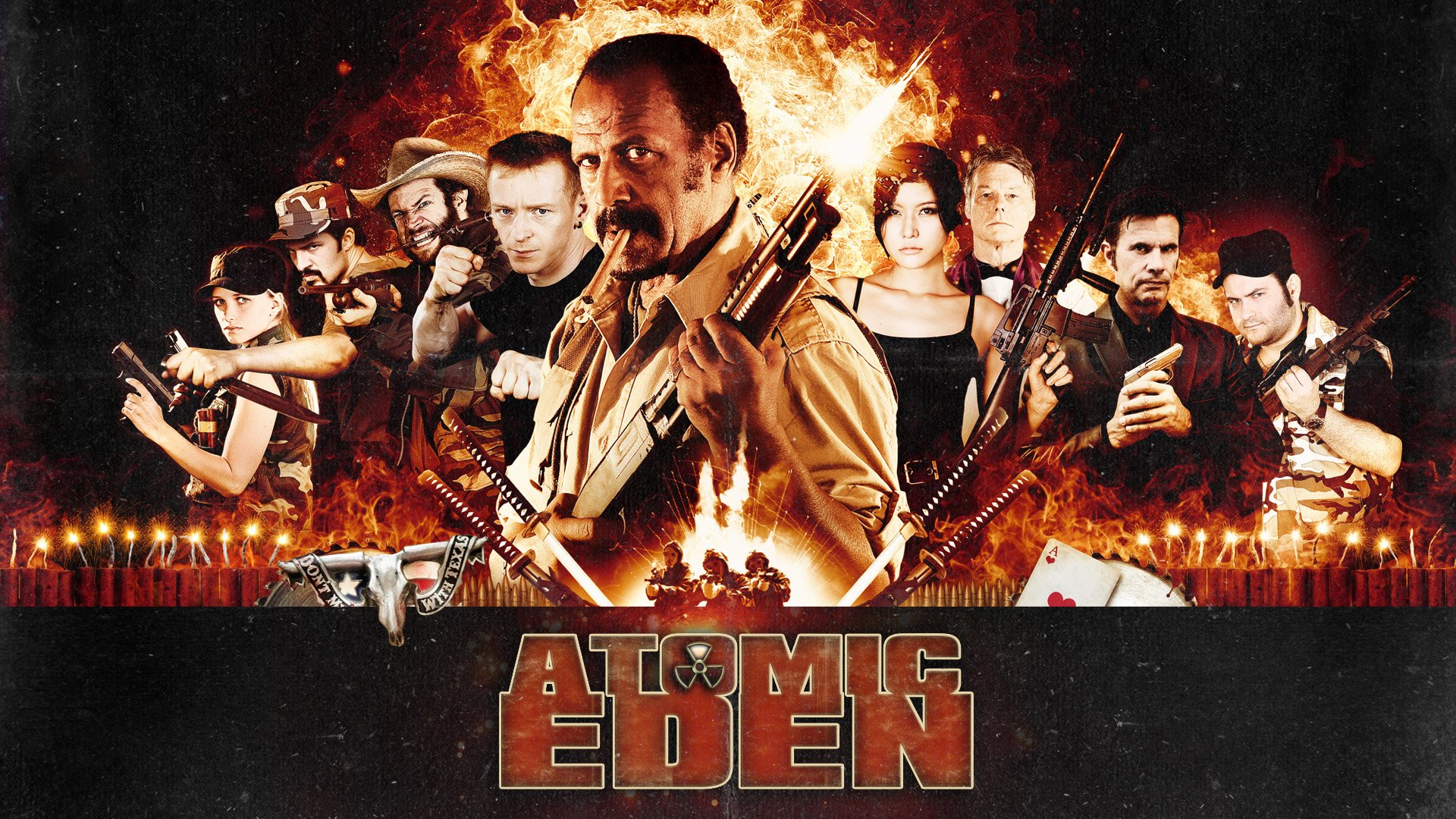 The faux- grindhouse flick that delivers the goods.

The Quentin Tarantino and Robert Rodriguez double header Grindhouse was a theatrical miss back 2007 despite being generally appreciated by cult film nerds who dug the whole throwback aesthetic and homaging of the genres that populated Drive Ins/ and low rent movie theaters back in the 70s/ 80s- the “Golden Age” of exploitation filmmaking.

But despite the movie faltering on its release (to the point that they “split” the intended double feature and released Death Proof and Planet Terror on DVD and internationally as separate films) Grindhouse did indeed kick start what I call a “faux-grindhouse” sub genre that is still ongoing with mainstream releases like Black Snake Moan, Hobo With a Shotgun, Drive Angry, Black Dynamite, Man With the Iron Fist,- and even a couple “sorta sequels” to Grindhouse with Rodriguez’ Machete films.  And that’s not even counting the mountain of indie filmmakers who have taken their shot at “cult movie glory” by making their own self referential exploitation flicks.  Some examples that come to mind are Wolf Cop, She Kills, Nude Nuns With Guns, FDR American Bad Ass, and the Astron- 6 collective of filmmakers with movies like Manborg and the recently released Psycho Goreman.

I enjoy “faux-grindhouse” movies- though some I like better than others- and usually I find the ones that “try too hard” to be the least enjoyable.  By that I mean by some of these films being so “broad and ridiculous” with the tropes it makes it feel like these modern filmmakers are “looking down” and acting like they’re “above” these scrappy little films from the 70s/ 80s that were trying to get noticed and sell a few tickets.  I like it much better when filmmakers try to make their “faux-grindhouse” movies with honesty and a genuine appreciation for these exploitation flicks from yesteryear.  And thankfully Nico Sentner‘s self described love letter to John Carpenter movies (especially Assault on Precinct 13) does exactly that.

ATOMIC EDEN is headlined by Black Cobra and Mean Johnny Barrows himself, Fred Williamson. He leads a band of “international mercenaries” (including a “sniper guy”, a “guy who’s really good with knives”, a hot female samurai, a lustful “explosives expert”, and oh yeah…  a “guy who’s really good at kung fu”) against an army of “Hazmat suit wearing” madmen. All of the ensuing mayhem is effectively staged amongst the ruins of Chernobyl.  And yes, the movie is about as absurd as it sounds, but also delivers on its “throwback exploitation movie” promise with impressive practical effects, stunt work, and a never ending supply of minions to be shot/ stabbed/ impaled and/ or “blown up real good”.

The movie snaps along at a brisk pace and has a good energy about it. Atomic Eden at all times “aims to entertain” and in this modern landscape “get some streaming views”.  In other words, it’s about as close as one can get to a “genuine” grindhouse film.

ATOMIC EDEN is now available on the following VOD platforms and streaming services: