Bands You’ve Never Heard Of, But Are Worth Your Time: The Dingees 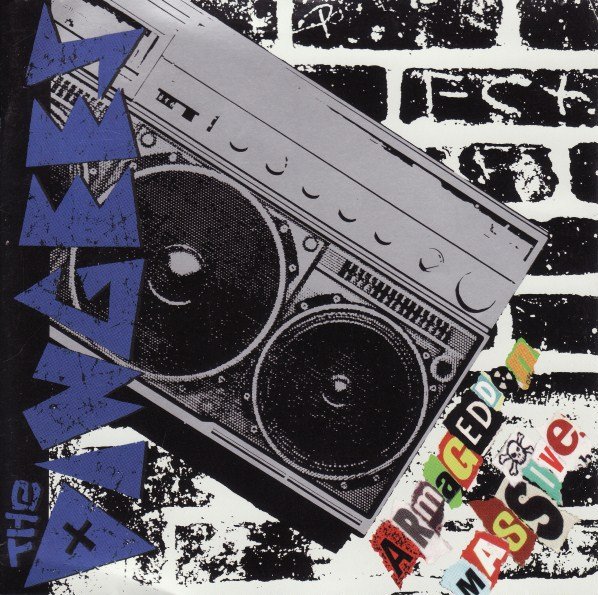 I’m not quite sure how it happened, but somewhere along the line I acquired a taste for music on the fringe. Maybe it was that desire to find something cool before it became “cool.” Or possibly I was just never cool in the first place, so I was drawn to other things like me (let’s

I’m not quite sure how it happened, but somewhere along the line I acquired a taste for music on the fringe. Maybe it was that desire to find something cool before it became “cool.” Or possibly I was just never cool in the first place, so I was drawn to other things like me (let’s be honest, it’s probably that one). Either way, most of my favorite bands are ones that most folks have never heard of, so I decided to start writing about them so at least you, the reader, would find yourself informed about music that I have spent most of my life enjoying and sharing with others. First up in this series is: The Dingees.

In the late-90s, third-wave ska ran the world. Bands like Operation Ivy had helped begin the movement, out of which came the legendary band Rancid. I mention them specifically because, if you like Rancid, you’ll also like The Dingees.

The Dingees are a perfect mix of punk, ska and reggae, their albums balancing high-energy shouting with smooth reggae tones that expertly blend into upbeat ska tunes, inciting the skank along with the best of them. One such song was actually the first Dingees song I ever heard, “Leave the Kids Alone,” discovered on the Tooth and Nail Cheapskates – Harder Side compilation that I scored for $2 back in 2000. Take a listen below and tell me it doesn’t make you want to dance.

This song encouraged me to buy their album Sundown to Midnight (which was a significant investment at the time for a high school kid). Start to finish, this one does not disappoint. Feeling like a fan at this point, I was excited when they released The Crucial Conspiracy a year later. To me, this is when The Dingees hit their stride. Upping the ante in every way, these guys produced an album containing some of my favorite reggae songs to this day. And I think that is the main reason The Dingees are worth your listen: their reggae influence is the most pure and polished of any punk/ska band I can think of.

From “Rebel Youth” off of Armageddon Massive (1998, BEC Recordings)

A lot third-wave ska bands would have a couple of reggae-sounding songs on their albums, breaking up what would otherwise have become a relentless upbeat assault. There is nothing wrong with that, of course, but The Dingees’ reggae was something different. It was a true and honest part of them, not a gimmick or something fun to do to change up the sound. Reggae was in their DNA, and it came across in songs like, “Dear Sister, Dear Brother,” which is my favorite of theirs.

There are plenty of what I call, “white boy reggae” bands out there. Surfers and beach bums that pluck some reggae chords and sing about girls, beer, surfing or whatever equates the beach lifestyle to them. They’re fine, and I certainly do enjoy a fluffy reggae tune. But I don’t feel like The Dingees was one of those bands, and I think the reason is found in the content of their lyrics. Just look at album cover in the video above — this band has something to say! Something radical, counter-cultural, even something dangerous. And to me, this sets them apart from any other punk/ska band throwing a few reggae tunes into their mix. These songs and lyrics demand to be paid attention to, and as a fan of this band for the last twenty years, I’ll tell you that you won’t regret it if you do.

After being blown away by both of their newest studio albums, I reached back into the catalog and picked up Armageddon Massive. Like many first albums, this one is great, but a little less polished. But that is another reason I love The Dingees — they aren’t really supposed to sound polished! Don’t get me wrong, theirs is high-quality music done well, but the energy is raw and the lyrics come from a place of angst, featuring that search for truth in a world of BS that most punk bands are birthed out of.

So give The Dingees a listen and comment below on what you thought of them. This is a group I’d love to see make a resurgence, as their music and message is just as relevant now — if not more so — than it was when it was recorded two decades ago.