Bands You’ve Never Heard Of, But Are Worth Your Time: House of Heroes 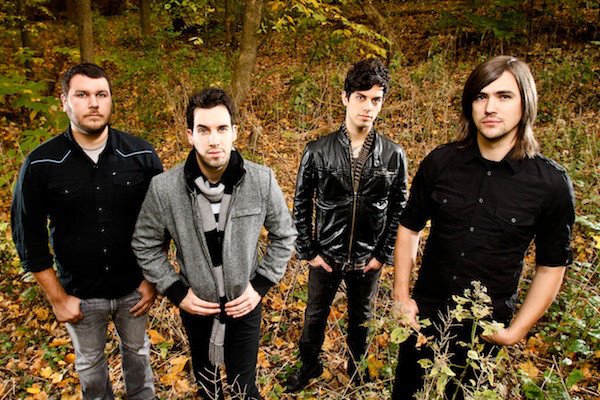 I don’t know about you, but I don’t have a terribly positive view of Ohio. (Sorry if you’re from there or are moving there, or have an affinity for flat and cold places…) It could be that I was raised in Charleston, South Carolina, which is sometimes referred to as South Ohio, because of all

I don’t know about you, but I don’t have a terribly positive view of Ohio. (Sorry if you’re from there or are moving there, or have an affinity for flat and cold places…) It could be that I was raised in Charleston, South Carolina, which is sometimes referred to as South Ohio, because of all the transplants. These folks that left the Buckeye State told me horror stories of boredom and bad weather, which was my first impression of the state (along with The Drew Carey Show). Whatever the cause, when something good comes out of Ohio, I take note. And one of those good things happens to be one of my favorite bands, House of Heroes.

I first heard House of Heroes on a Steelroots Snow Tour DVD, which featured some songs off of their first album What You Want is Now. This caused me to check out their PureVolume page (anyone remember that site?), where they had a few songs from their self-titled release posted, notably for me, “Buckets for Bullet Wounds.”

I love the unique rhythms and guitar parts in this song, with the vocals copying the same melodies on the verses. The passion and raw energy of this track captured me immediately, and so I went out and bought the album (later re-released as Say No More with two additional tracks), which quickly became one of my favorites in 2005.

Though I was immediately a fan, it was their third release that completely floored me. Start to finish, The End is Not the End, is simply epic. Do yourself a favor and just go ahead and listen to this album, conveniently linked to right here. (Fun fact: The last two tracks, “New Moon” and “Ghost,” were actually released as bonus tracks on a different version of the album, but both are featured in that Spotify link.) If you’re too busy for an amazing LP (shame on you), then at least listen to tracks 6, 7 and 8 in a row. These provide an accurate sampling of just how good House of Heroes is; the range of their sound and the stories they consistently capture.

To get you started, here is the video for one of those tracks, the first single off of The End is Not the End. It features a vengeance and redemption story set during WWII, which the lead singer said he was watching a lot of movies about during the writing of this album. It shows — the entire feel of the album is a portrait of different characters set during a world war, from simple brothers on a farm (one of my all-time favorite tracks by any band, ever!) joining the cause, to an evil villain contemplating his own mortality and eternal destiny.

Following up this amazing piece of storytelling was Suburba, which had the band again creating something of a concept album, but this time around characters trying to make it in a small town with rival gangs and forbidden love amidst class warfare. Okay, one more video for you — this song is so creative, telling something of a West Side Story tale set in Midwest suburbia — check it out and let me know what you think. (Another fun fact: Lead singer Tim Skipper later married the female vocalist in this video, Stephanie Smith, who was a touring artist on the same label. They started a folk duo called Copperlily.)

Suburba changed the tone a bit, but is still an authentic storytelling album with incredible vocal harmonies (a signature of the band) and blasting rock-n-roll that hits the gut and inspires images, characters and story lines better than many movies can.

Followup releases include Cold Hard Want, a more raw set of songs with a less cinematic feel, a B-sides album and a slew of EPs (including a Beatles tribute and Christmas albums). House of Heroes disappeared for a few years before announcing an IndieGoGo to fund an actual concept album (the band claimed that their previous LPs weren’t truly concept albums, but rather just sets of stories in songs). The campaign was more than successful, and the band released Colors in 2016.

Similar to Suburba, Colors tells the story of two cousins in a lower class small town caught up in a love triangle, as well as a blackmail situation involving a murder. Tackling subjects like faith, integrity, family-ties, aspirations and love — all in their signature pulsing rock sound and complex vocal harmonies — the album does not disappoint.

So in summary, even though Ohio might be boring, flat and cold in real life (I’ve never been myself, which makes all this judgement that much worse!), maybe it’s not such bad a thing to grow up there; especially if that Midwest suburban life can inspire stories that anyone can relate to, with characters that feel real enough to touch. I guess what I’m trying to say is…I’m sorry Ohio. And thank you, for producing House of Heroes, as well as all these other bands! (Take a look at that list, it’s incredible!)