Bands You’ve Never Heard Of, But Are Worth Your Time: Slick Shoes 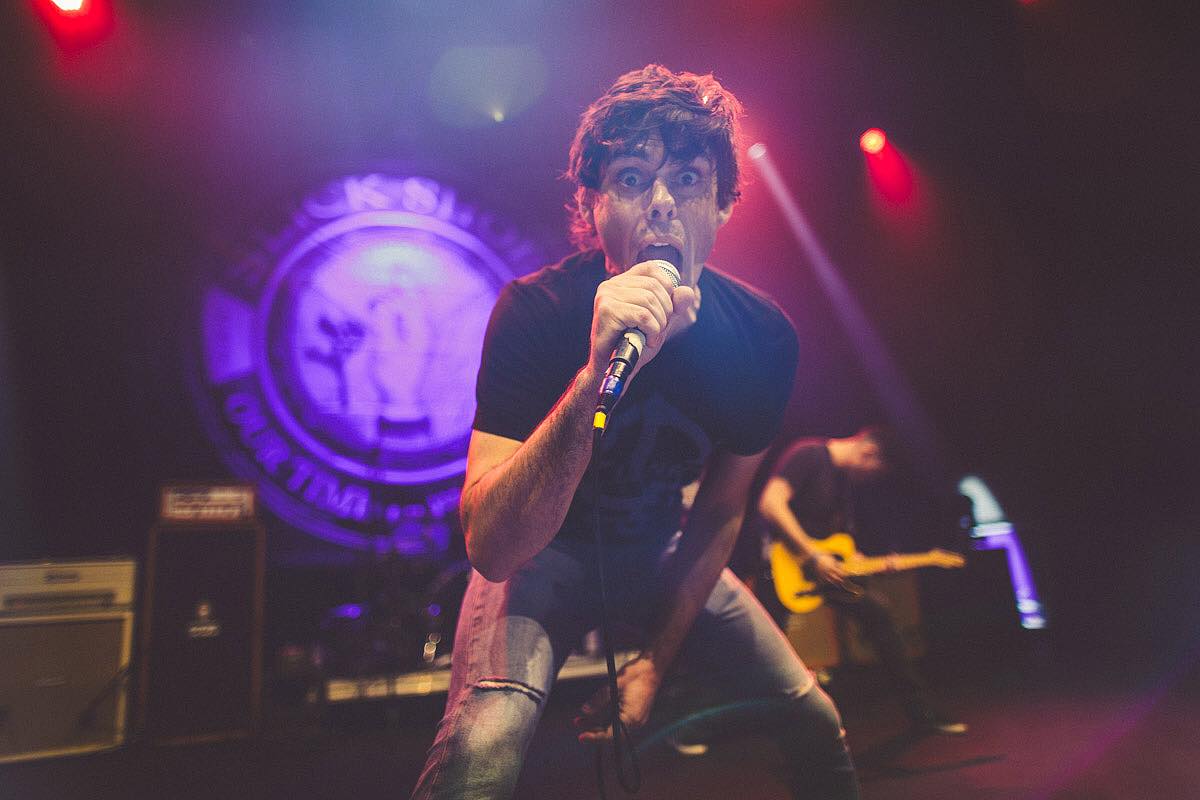 Brother Lawrence was a monk famous for saying he could be just as close to God while doing dishes as on his knees in a chapel (my paraphrase). I don’t know if you can relate at all, but for me, I have to agree: Doing dishes is sometimes the most peaceful moment in my day.

Brother Lawrence was a monk famous for saying he could be just as close to God while doing dishes as on his knees in a chapel (my paraphrase). I don’t know if you can relate at all, but for me, I have to agree: Doing dishes is sometimes the most peaceful moment in my day. Call it prayer, call it meditation, call it performing a menial task with my body so my mind can roam free while my kids leave me alone…either way, I don’t shy away from it. And yesterday, it just felt right, maybe even divine, to put on some Slick Shoes while I was cleaning the kitchen.

If you’ve heard of Slick Shoes, then that statement might seem contradictory, given their skater punk style that sometimes drifts into realms even heavier. Oh wait, you’ve never heard of Slick Shoes? Well, you’re probably not alone, which is why I’m writing to you — yes, you, specifically you — right now, to explain why you should give this Southern California punk band from the late-90s a little bit of your time.

Anyone remember that line from the 1985 film, The Goonies? Yes, that is where the band Slick Shoes got their name from, and even sampled the audio from the clip for the first song on their debut LP, Rusty. Probably my least favorite from the band, Rusty is an okay introduction to the band, less polished than their later material but an understandable starting point for a pop punk band of its time.

Their next album, however, 1998’s Burn Out, really set Slick Shoes apart in every way. Guitar parts that punch you in the face like good punk should, but melodic enough to stick around in your brain, coupled with lyrics that fight those same melodies for dominance over your freshly spinning head…Burn Out shows a huge leap in maturity for the band, and was only released a year after their first LP. Here it is in full. At least listen to the first two songs, and tell me you don’t want to finish the album:

Next up came Wake Up Screaming, co-produced by Bill Stevenson of Descendents and Black Flag. This album again signified growth for the band, but mostly on a lyrical level, though the composition is more refined than its predecessor. Songwriter Ryan Kepke somehow managed to write lyrics that didn’t always rhyme, place them amidst super-fast double kick pedal punk beats, and still have it come out sounding like poetry. Here is a sample from opening track, “Another Day:”

I feel far from all I know. Feel so far from myself

Another day. Another town. Another state.

Does it even matter now?

With nothing good to say I’m talking in my sleep.

In all the time that has gone by.

What’s the lesson to be learned?

In all the time that has gone by.

Only you have stayed the same.

Some of the lines from this album I still quote today, notably, “You say you don’t believe in luck and I do agree with you / Sometimes I really have to wonder / I sure feel lucky when I’m next to you,” and “You’re running faster than before, but you’re not trying / High school drama never leaves, it just changes faces.” Also on this album is the single, “Angel,” a song that lead singer Kepke wrote about his future wife, a little tidbit he shared in a 2015 show (opening for Five Iron Frenzy and MxPx) that I was lucky enough to attend.

For Slick Shoes, the growth didn’t stop with Wake Up Screaming; 2002’s self-titled album was a leap forward in production and songwriting, with Far From Nowhere coming out only a year later, blowing my mind and becoming my favorite album from the band (which is a hard choice, to be honest). Their last studio album before going on hiatus is simply incredible, and ups the production value and musicianship in so many ways. This is also their first album released on SideOneDummy Records (which launched the careers of The Gaslight Anthem and Flogging Molly), the label in charge of releasing the Vans Warped Tour compilation albums, which Slick Shoes joined. Here is my favorite track off of the album, “Now’s The Time.”

After 2004, Slick Shoes went dark, going on an indefinite hiatus that lasted until 2008, when they played a show at Chain Reaction (a SoCal home for fringe bands) along with The Dingees. Though having lived on the East Coast for my entire life, I was lucky enough to be in Los Angeles for college when this epic event happened, and let me tell you, it was a dream come true to see both bands, neither of which I had been able to catch in their heyday.

Little did I know that I would get to see Slick Shoes several more times, including the aforementioned 2015 show, and their 2018 House of Blues headliner, which they recorded and released as a live album, Broadcasting Live, coming out in 2019. A year later they released a new studio album, Rotation & Frequency, which is really solid, start to finish, despite having not recorded anything for seventeen years. Seriously, this one rocks hard, which to me feels like quite an accomplishment for a bunch of middle aged men with wives and kids and “real” jobs, who used to play in a skater punk band back when doing that kind of thing was considered cool.

And so, as the final dishes were placed on the drying rack and I drifted out of my power chord-infused meditation, I texted a couple of trusted punk/ska aficionados to ask what their favorite Slick Shoes album were. As I mentioned, it was a tough choice for me, though I landed on Far From Nowhere, which everyone agreed is excellent. Burn Out, however, was considered the favorite, though Wake Up Screaming was also mentioned. The point of all of this is, Slick Shoes is a really great band that has continually released progressively good records, even after disappearing off the face of the planet and then resurrecting out of SoCal like a punk-powered phoenix. Doing dishes, doing your taxes or maybe just dippity doing, Slick Shoes is certainly a band worth your time.