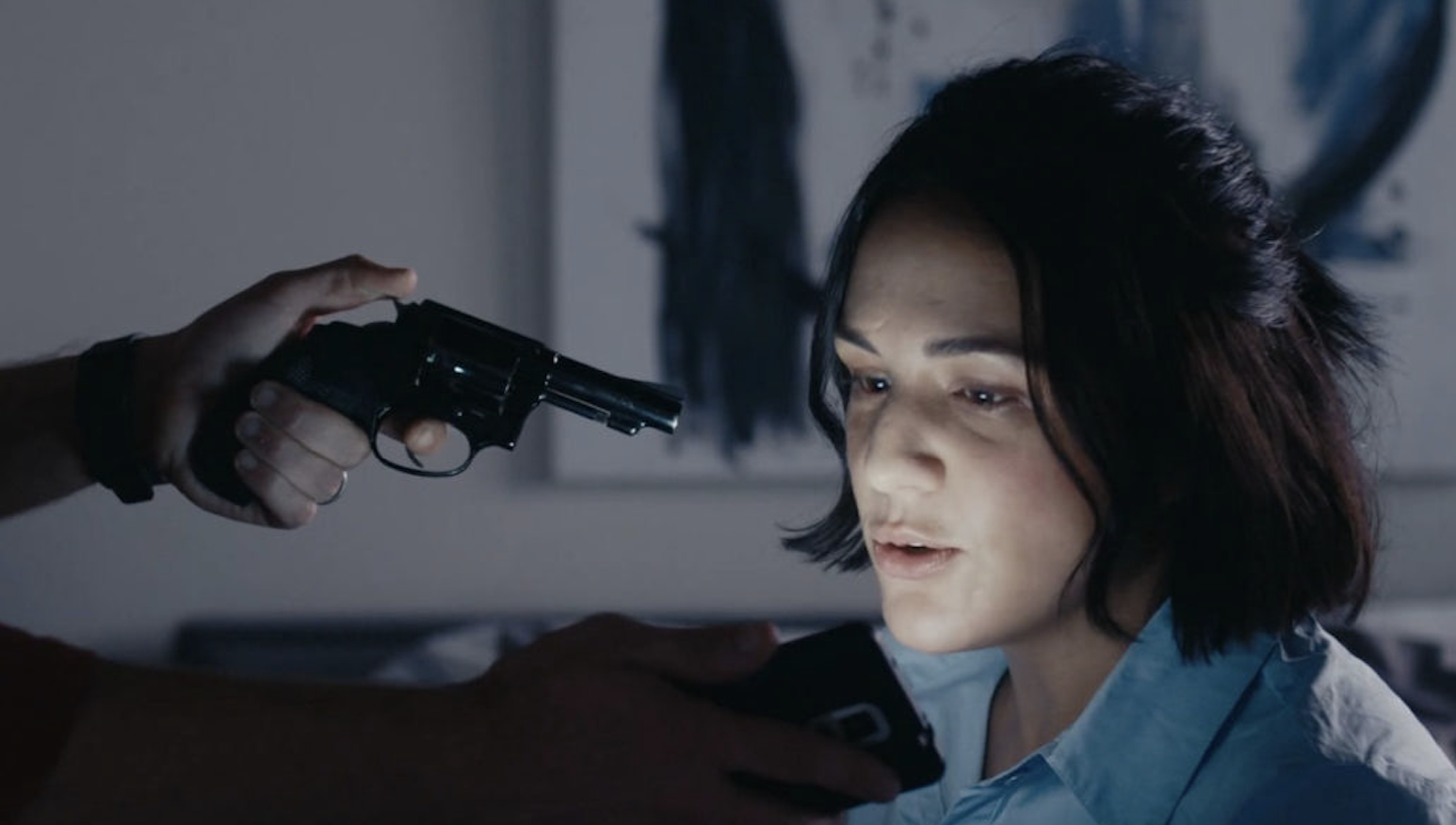 It’s not exactly what you think it will be. You wouldn’t even know it’s a mystery for a decent length of the film. I’m gonna keep it that way, this is a *Spoiler Free* review: Suspenseful, stirring, and sadly realistic. This world is impossible for single Moms struggling to negotiate their kid’s medical conditions, ending

It’s not exactly what you think it will be. You wouldn’t even know it’s a mystery for a decent length of the film. I’m gonna keep it that way, this is a *Spoiler Free* review:

Suspenseful, stirring, and sadly realistic. This world is impossible for single Moms struggling to negotiate their kid’s medical conditions, ending rotten relationships, and then the expectation to navigate parental responsibilities during a terrifying hostage situation.

I was pulled in by the full characters, the steady pace, and the familiarity of it all. I have always been terrified of walking into a wrong-place-wrong-time tragedy, but this film helped me explore what I would do, how I would find a way to move through the fear.

I recommend watching this movie with a loved one. Not alone.

Natalie Ruffino Wilson plays “Remy” with busy, overwhelmed, and worked-to-the-bone maternal energy. We are worried for her and her family, but finally relax in her weakness for cake and adorable frump through a long-gone party mess. She feels like a sister, someone we already know. Which brings me to Kyler Wilson who plays a “man” who I suspect is harder to grasp, upon first meeting. There is something ‘ordinary’ that goes against the energy we meet him in. I had an extra kind eye on him, feeling something vulnerable could spill out in any moment. And the antithesis to that was Dean Shortland as “Dr. Wyatt.” I didn’t …like him and I couldn’t put my finger on it as to why – I just knew I needed more information from Freemont Wyatt. He was too quiet when he should have been … something else. Something was a-foot and I felt uneasy in their dynamic. Great performances overall, a true ensemble piece.

The Score was particularly moving, I asked filmmaker Kyler Wilson about their composer, Chris Gentle:

“Chris was the very first person to sign on the project. We had Chris working on music before we ever even went into official prepro. There is no one person that I spoke more with during the process of making this movie and without his score, our movie would be negatively altered. The conversations that I had with Chris about the music also dictated other decisions that we made in the film, including the production design and wardrobe. He was an absolute crucial key to this whole puzzle.”

I met Kyler Wilson while producing on a movie in Nashville in 2021. He and his wife /partner Natalie are down-to-Earth, funny, and hard-working. I instantly fell in love with them:

“I wrote the film with my wife Natalie Ruffino Wilson. We also produced it with one another. It obviously helps that Nat is both my best friend and my wife. But that ultimately is one of the reasons we work so well together. We married one another because of our compatibility and it shows in our writing and producing. We are in each other’s heads all the time. Sometimes we will have the exact same thought come out at the exact same time. Other times, I’ll start a sentence and she will finish it. And vice versa. This makes our workflow extremely effective and efficient.“

Surprisingly, this is their first feature film after a series of other projects, similar in tone. What I loved about this adventure was its ease – the team knew they wanted to slowly tell a story using every element possible, without tipping their hand. They were masterful in their timing, angles, and shadows – but you wouldn’t know it with their casual build-up. They knew exactly how much to give and how much to hold back. Their team worked well together in this:

“The list of collaborators is too long to list. Everyone had a say on our set. With this being my first time acting and directing, I was very reliant on our entire crew to speak up if they saw something that didn’t work. That is one of the reasons that everyone who worked on the movie is also listed as a producer. It should be noted that there were two key elements that played a huge role in the look and feel of the film. Tim Sutherland, our DP and Will Drummond, our Production Designer.
Tim was an absolute pleasure to work with and I would do so again in a heartbeat. He brings such a knowledge to the craft of filmmaking that it is mind boggling. What I liked about Tim most is he allowed my process to work. My process is, set the frame I want, then let him paint that frame with light. It was collaborative in the sense that he could offer suggestions and if I liked them, I would listen. But he really allowed me to have the shots that I wanted in the film. Part of that was how much pre production we put into the whole project. We met and collaborated before we ever showed up to set and addressed any potential issues ahead of time. For example, if I wanted a shot that he felt could be more dynamic, we would work through that and have a compromise between our two desires. The crew always knew what the next shot was because of this process.
Will Drummond knows art and knows how to fill in the blanks from a script to the camera. It is hard, for example, for me to script EXACTLY what a space looks like. I can’t write in every single detail of what the living room looks like. I just know I want it to look like a 5 year old girl’s birthday party. Will takes that and lets his brain go wild. He presents fully thought out ideas and options that made the space we shot in, look the way it did. The whole process was incredible.”

They delivered a film worth your time. The team behind BEST LAID PLANS jumped through a ton of hoops to bring their indie feature through to the other side, competing well alongside any other big-talent release out this week.

“The idea of making a movie in 8 days without pulling 16 hour days was nothing more than a theory that I had that I felt could be possible. It was a confident theory, but a theory none-the-less. The fact that we got to execute that theory and do it without incident, proved to us that we were the filmmakers we hoped we were. Also, we wrote this movie largely in “real time”. Let me tell you, if you want to become a better writer, write a feature in real time. We would hit brick walls sometimes in the writing process because we didn’t want jumps in time, for the most part. So we couldn’t just say, alright the scene is done, let’s cut to a scene in the middle of the film that takes place at Remy’s daughter’s school. We had to work through several problems like that and it really pushed us to be more creative than we ever had before.“