BLUEY On Disney+ Is The Best Show To Watch Alongside Your Young Kids, That’s Right, YOU Should Watch It Too! 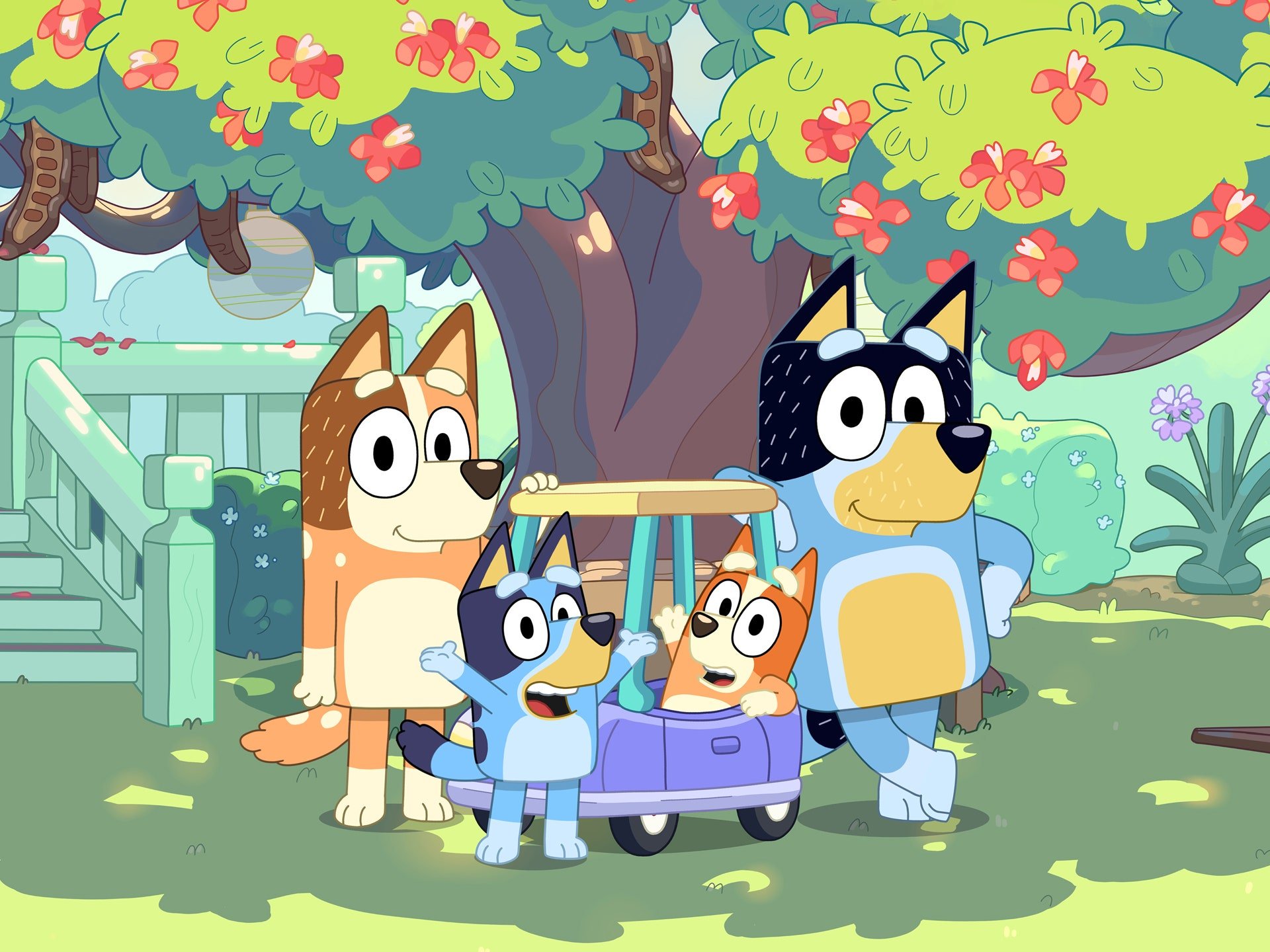 I loved Daniel Tiger, the emotional intelligence and easy-to-remember mantras makes raising kids just a little bit easier. But I have 2 kiddos and cannot watch Daniel Tiger for 6 solid years without mixing it up. AND I wanna watch something that is 1. Funny, 2. Keeps MY attention, and 3. Inspirational for imaginative play that I can enjoy with my kids. I’ve scoured PBS Kids and Disney+ for the best (safest) shows to leave on with the kids to complete an activity without tiny shadows. But what do I wanna watch with them?? If your kiddos are not yet old enough for The Falcon And The Winter Soldier (soooooo good with lots of pause and convo moments to talk to my 7 year old about racism playing out on screen), then sitting and watching Bluey with them is the best thing you can do for your parenting development.

Bluey is an Emmy Award Winning Australian series on Disney+ created by Joe Brumm following 2 kiddos and their Dad as they play. Just PLAY! Other characters come play for periods of time, but the Dad and kid’s play relationship is the focus of the show. What our kids need more of these days is PLAY and this show is a tutorial that parents and children should be watching together.

The kids’ show is about pretend play, not forced learning. …

Obviously, parents want to make the most of television-watching time by making sure their children are learning something. But unlike so many other kids’ shows that hide learning lessons in the content, Bluey is simply about imaginative play. And it’s a breath of fresh air because of its simplicity.

Bluey and her sister frequently engage in pretend play and role-playing that the show’s creator Joe Brumm modeled after his daughters’ real interactions. These may be as simple as keeping a balloon in the air or pretending to be at the supermarket.

Gender roles and rigid age rules go out the window on ‘Bluey.’ …

Bluey is a blue female character who plays in creeks or pretends to be pirates with her little sister (who also isn’t pink). In the series, the father splits childcare and household chore responsibilities with the mother. Again, the messaging here is subtle yet important.

Another aspect parents love about Bluey is how often the parents engage with the kids and play pretend right along with them. They’re frequently seen postponing adult responsibilities in favor of silly antics with their daughters. It’s all enough to inspire real parents to do the same.

“The children’s entertainment landscape is filled with anthropomorphic dogs, but few are as adventurous as Bluey, a six-year-old Blue Heeler puppy who uses her imagination to explore the world. Since Bluey first debuted in 2018, parents and kids alike have flocked to the Australian series, which reinforces the importance of the three Fs: family, friendship, and fun.

Currently, there are just two seasons of Bluey, but the series was renewed for a third season in October 2020. Bluey Season 3 is expected to debut in Australia in the second half of 2021, and will air in the United States afterwards.”

Sit back and enjoy this one alongside your kiddos. If you are able to dedicate 7 minutes to sit with them to watch, you’ll actually enjoy it. I promise.