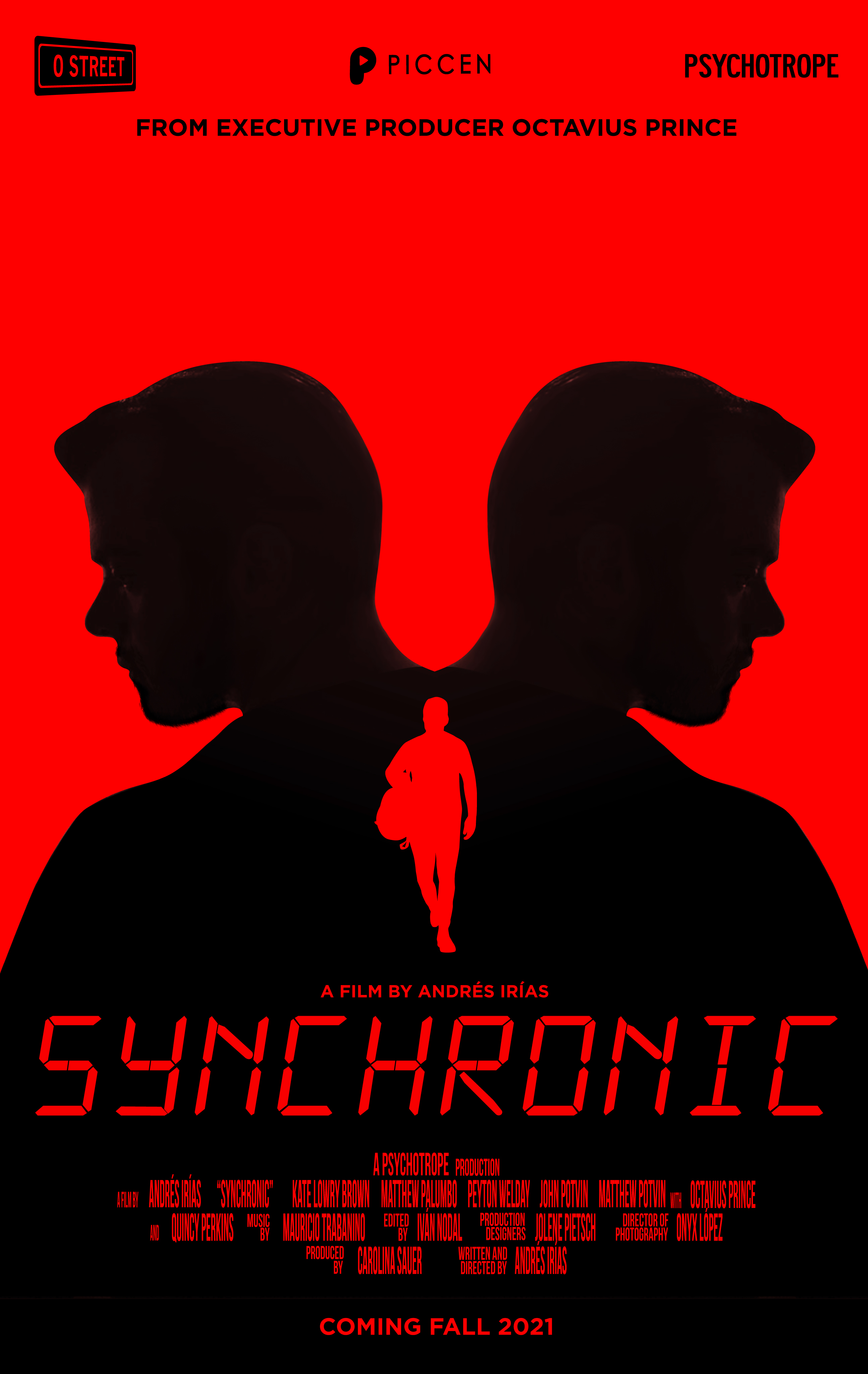 An interview with Writer-director Andres Irias.

Taking place during the height of the Christmas season, Synchronic follows a husband and wife, Colleen and Charles Martin, as their marriage drifts apart. While
Colleen and daughter Philippa make a head start into Jojo’s shopping store, a chain of life altering events ensues as a stranger yet familiar man threatens their livelihood with a weapon of the future, time reversal. Writer-director Andres Irias is back to discuss the release of his newest film, Synchronic, which has been released on Piccen.

The story for Synchronic takes place around a shopping store during the holiday season, cleverly designed as a thriller in just under ten minutes. How did you come up with the plot?

The idea for the plot originated when watching Sicario: Day of the Soldado. There’s a scene that takes place in a store in which terrorists arrive and each blows up in one long take, creating a haunting and gruesome image. Since then, I was stuck with the idea, but when originally conceiving Synchronic, it was meant to be a straightforward terrorist narrative, which never seemed to fully connect with me and my passion for twists/turns and the usage of time. It was after seeing Tenet in theaters last year (2020) when I found a way of marrying both ideas together while also leaving more questions on the table rather than answers, primarily because the short needed to feel like either the prologue or third act to a feature film.

Can you talk about the production? What was the budget? What camera did you use? How long was principal photography?

It all started back in November of 2020 when I pitched the project to EP & actor Octavius Prince. After he signed on, the Production was rapidly set up in under three months if I remember correctly. One of those creative decisions I knew from the get-go was Inside Llewyn Davis as the main inspirational look for the film, supported by the fact that I wanted to shoot Synchronic on an Arri Mini and Cooke S4 lenses. Not only was that my first time working with both, it was a technical challenge that I wanted to pursue in order to achieve better quality material, which I believe we were successful in thanks to our DP Onyx Lopez. We filmed directly when Covid-19 was at its peak and with a crew/cast totaling at up to 80+ people. It really took a village to make sure that we were able to have fun making this film while also following all covid precautions/ procedures on a shoestring budget that didn’t allow for much (thank fully enough, none of our team members contracted COVID while on set).

As writer-director, what kind of difficulties did you overcome before finishing the film?

I think every project to me is about challenging myself with the narrative, doing the unexpected and pushing myself withing the constraints that I have around me. The biggest hurdle for Principal Photography was felt in by the Production Design department led by Jolene Pietsch, who had to find a way to set decorate a location that was frankly too big for us, thankfully between framing, repurposing and her creative decisions we were able to make things work at the end of the day. Jolene and her team truly really made what could have been an impossible task, possible. After Principal Photography was over, I was physically and mentally drained, so much so that after the massive amount of footage we captured, this was the one film of mine which I needed to hand in editing duties to someone else. This was a first, and as someone who loves editing, I was concerned and hesitant. Thankfully, the brilliant Quincy Perkins (our Colorist) suggested bringing Ivan Nodal onto the project. This film wouldn’t be an inch of what it is, had it not been for Ivan’s editing talent. He understood the story and what I wanted, while also making decisions and bringing ideas to the table that would have never crossed my mind. A true master.

Do you have plans to expand Synchronic into a feature?

Most audiences who watch Synchronic tend to have the same thoughts when the credits roll. First there’s a five second silence and after their comments are “wait a minute, that was it?” That five second moment of silence is far more powerful than the applause that precedes it, mainly because it is then when I know the film has made them feel something. That was the main goal I set up for myself, delivering an experience which leaves you craving more and I am thankful to my team because together we were able to achieve just that. Making the short definitely cracked the plot/story structure of a feature film I wish to work on sooner rather than later, in it though time isn’t being reversed but rather something else entirely different which is inspired by Physics. That said, my next two projects are a feature psychological thriller titled Imago and a period piece short film inspired by a thrilling true story.