Don’t Worry, 1994’s CAMP NOWHERE Totally Holds Up…Although Not Everyone Agrees On This 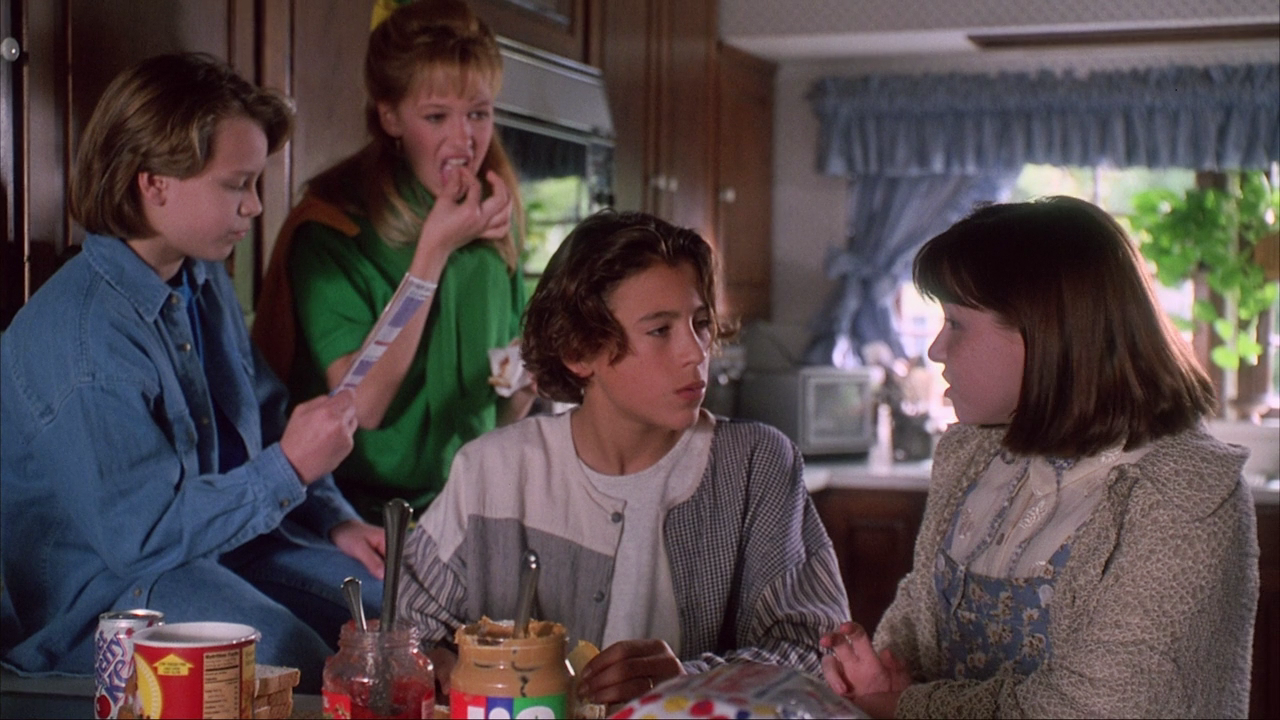 Jump onto Disney+ and enjoy Jonathan Prince’s early teen comedy that places kids at the forefront of the story and allows independence to be the culture of growth. Learning by doing/failing doesn’t match our current trend of over-parenting, but this relic agrees that over-parenting hurts more than helps a young social mind develop to its

Jump onto Disney+ and enjoy Jonathan Prince’s early teen comedy that places kids at the forefront of the story and allows independence to be the culture of growth. Learning by doing/failing doesn’t match our current trend of over-parenting, but this relic agrees that over-parenting hurts more than helps a young social mind develop to its ‘potential.’ Danger is ripe around every corner, but this movie walks the line we WANT to be on, responsible kids getting a tiny bit wild with moderate adult supervision when necessary. A mild fantasy, for sure, but pleasurable to experience at any age.

I turned on Disney+ and curled up with my kids who are not in the best age range to enjoy the nuances of this story, but they loved it anyway, so who cares about recommended viewing ages when something is PG and has fireworks. We had a blast. But I experienced this on a very different level. I actually LOVED it. I loved the message. I couldn’t believe how well it held up (for the most part).

You may be thinking. “Wait, do I remember which one this is?” Here are a few clues: Jonathan Jackson‘s MUD is our star kid with a lot of ideas who’s working on his social skills, Andrew Keegan‘s faux-bully ZACK has a big heart hidden behind trauma and a toxic home life, Marnette Patterson‘s Drama enthusiast TRISH puts out that popular vibe without the mean girl spirit, Melody Kay‘s unfortunately name-called GABY is the cutest little thang I’ve ever seen (I wanna go back in time and hug her little sweet face), Christopher Lloyd‘s ex-drama teacher DENNIS is that balance of jester and checked-out uncle with a secret romantic side, and Wendy Makkena‘s DR CELESTE is the perfect aunt we never knew we wanted. So, they make a fake camp and almost get away with it. A must-see in my book.

I didn’t find many glowing reviews online though?! I saw some fans who loved it in the past, but disagreed that it’s worth a second watch:

And yet LaughingPlace.com still rated it as SKIP IT. But they seemed to enjoy it. That’s what I found most places. I guess the moral of the story is that nothing will be as enjoyable when you’re a grown up with grown up thoughts.

“If you were wearing a skirt right now, I’d be in heaven.”

But… when I review the dialogue. It does get pretty gross. HOWEVER, other characters do actually address those issues. So, we can’t hold it against the movie!

“Here‘s what you do: get lost! Disappear into the woods for five or six hours. When you show up they’ll be so glad you haven’t been eaten by bears, they’ll forget the other stuff!”

Ok, maybe this movie was legit written by middle-schoolers at some points. I still loved it.

I find it fun to look up what MovieGuide has to say about my childhood favs. They gave this film 2/4 stars and a negative 3 for excessive worldview problems. Which I guess I saw coming.

A much better breakdown of what to be concerned about comes from Commonsense.org (recommending for 11 years old and older)…. They aren’t as hard hitting as MovieGuide.

But let’s talk tropes, the very thing that stops us from enjoying a childhood film to its fullest is the recognition of tropes that may not have been considered as such way back when. They may have even been signs of a good script back in the day with limited representation in power positions at studios and lack of awareness for the limited experience of some white male writers. CAMP NOWHERE is FULL of tropes. Which isn’t always a bad thing, just something fun to look over and acknowledge.

Of course, it is dated in many ways. In fact, THIS trailer here is how it was advertised!!

Even after some hefty evidence that it ain’t all it’s cracked up to be according to others, I can’t help but agree with… YESTERDAYSMOVIES.COM