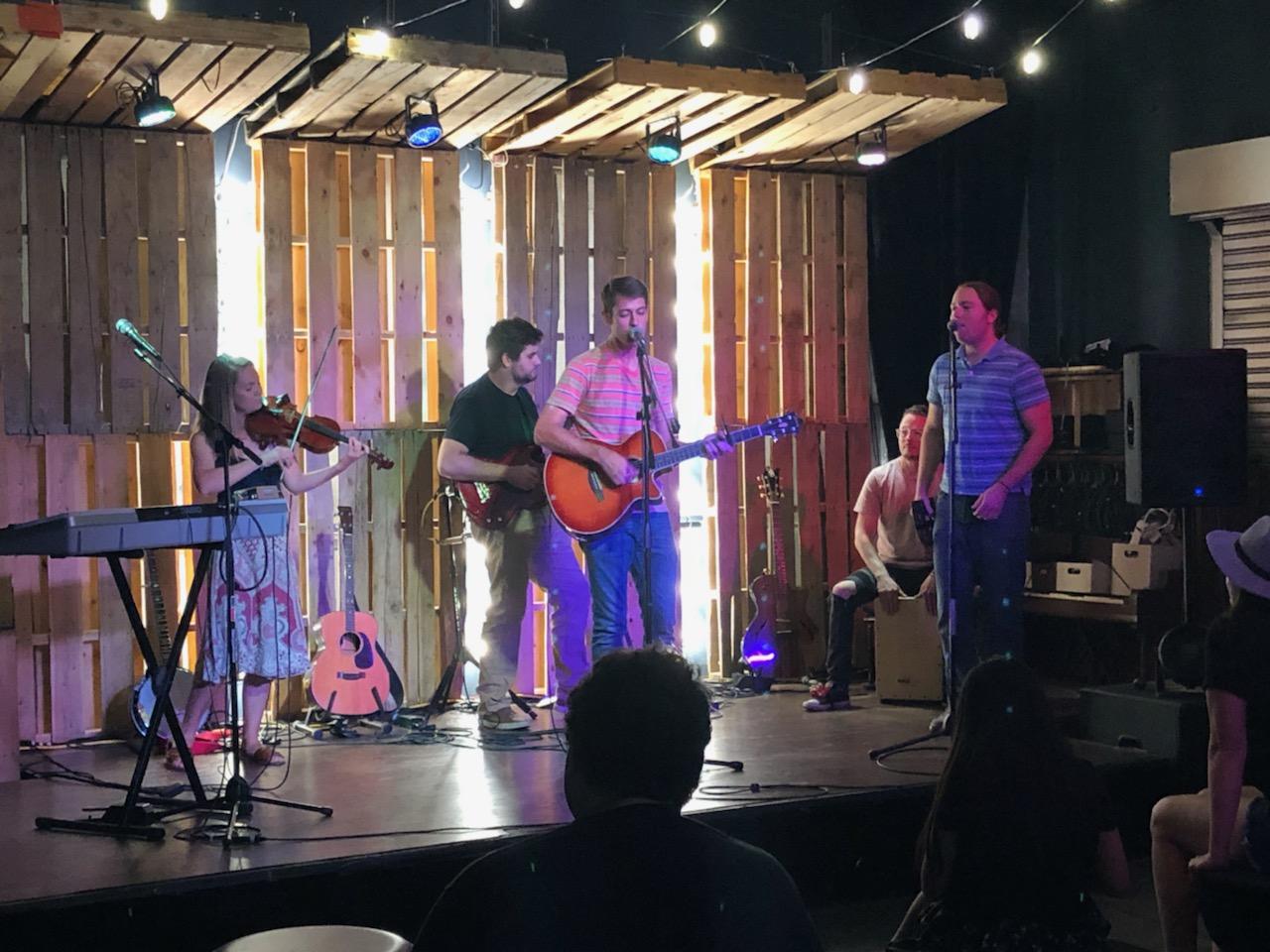 Lifestyle music for the peaceful.

I had a chance to catch up with singer-songwriter Rick Bickerstaff, who records/performs as Yonder Breaks, about his new release. I listened over and over while I hung out with my family, which was perfect because he and I both share that we are espoused with 2 young kiddos. I know his family and his bright and energetic daughters. I understand how they can collectively be the muse for Three EP.

My favorite piece is the first track, Eleanor Means Light, a bright and retro feeling song. Weightless, instant classic, easily the trailer song for a heartfelt indie movie. I asked Rick to share with me his favorite lyric.

Rick Bikerstaff: “I love the idea of living for others, letting the bright parts of you shine to help people feel hope when they have found themselves in dark places (as well all inevitably do at some point). This song is all about encouraging my daughter to be proud of what is naturally brilliant in her for others to enjoy and find inspiration in. The name Eleanor means “bright, shining one,” which is something we remind her of often.”

The second track is First Song For Waverly, equally light in feeling, but weighted in the realities of adult life. More storytelling, yet still a gentle lullaby in spirit.

I enjoyed the chance to relax and listen while watching my kiddos play across the room. It was a serene moment. I asked Rick about why he chose to release this beautiful EP right now.

Rick Bikerstaff: “This one was a weird journey. After releasing The Light EP with my friend and co-producer Robb Gilligan III (or RG3, his producer name), I wanted to do a follow-up project with him of three songs for three people (my wife and two kids) using only three instruments on each song. It was a novel idea, but I found that one of my strengths as a songwriter is in arrangement, and I was taking out that element; and essentially the only reason was to save money! (Fewer instruments to mix = smaller project & a smaller price tag.) As I was recording this project, I became friends with an amazing singer/songwriter Katrina Stone, who started teaching me a bit of how her and her colleagues approach making music. She did a mixing session with me on a song I had recorded years ago, and started to push me towards learning how to do some of the post-production work on music myself. And so I spent about half of 2019 and most of 2020 really trying to get better at mixing and mastering, using these three tracks as my main training ground. It was pretty good timing, as my whole family was in the house for all of 2020, so I almost never had a quiet house to record more songs in, unless the girls were sleeping, in which case I couldn’t really make lots of noise anyway. And so I mixed and remixed (and re-remixed) these three songs, adding pieces here and there whenever I could find the space to do so. The problem with all of this practice is that you can get lost in a cycle of trying to attain perfection. You learn a new technique and apply it to the song, and then feel like you need to do it to the other songs, but before you finish that, you learn something new and have to remix it all over again. Eventually, I hit a point where it was time to just release these songs where they were and move on. Getting good at things like mixing and mastering takes years and years, and there is a ton of music brewing inside me (I’m always writing), so I decided I can’t just keep crafting the same three songs all in the name of creating a good EP. I have too much to say! So I set a date and here we are. It was quite a relief to get these songs off my chest, by the way, and I am pumped to keep working on more (I have lots of projects in the works!).”

This track will be a staple in my home: Love Like That is guitar joy. A gentle love song that is hidden in a praise song. But as heartfelt as anything I’ve ever heard before. Genuine and ethereal.

On this particular release, Rick brought all of his talents to the project, creating this entirely by himself. I asked him to share his favorite collaborators that contributed to his process.

Rick Bikerstaff: “I have learned a ton from Katrina Stone (mentioned above) and her songwriting partner Benj Heard. Both are true talents and very hard workers, and I am blessed to have spent time around them in professional spaces, as well as to call them friends. I have also been sending these tracks to some bandmates (former and present) for advice on how to make them sound better, notably: Chris Baur, Roger Krzynski (Mindwater), Cortney Matz, Ben Boquist, and Brandon Craw.”

Out today, check out his EP Here: