Epic Fantasy Crossover From YA To Coming-Of-Age, Journey Into THE WATCHERS OF MONIAH Mythology 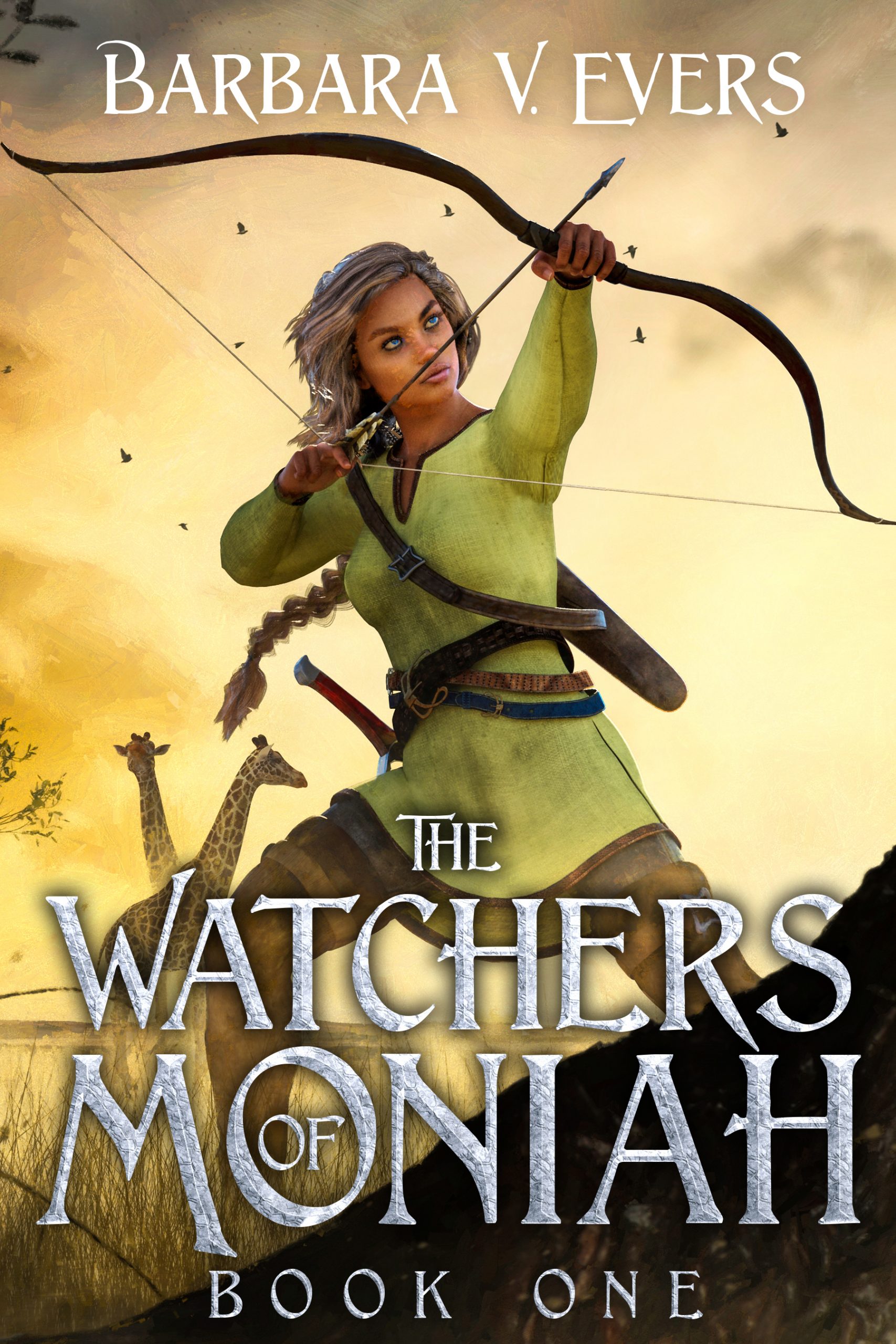 WATCHERS OF MONIAH by Barbara V. Evers: An elite Watcher trainee, fifteen-year-old Princess Adana had everything going for her.
Everything, that is, until her mother, the queen, dies. …

I learned about South Carolina native and author Barbara V. Evers from The Chimaera Project’s Instagram page, the short synopsis captured my attention and I was jazzed to learn all about this book series and this fabulous writer.

Barbara V. Evers: “I’ve always made up stories as far back as I can recall. In grade school, I discovered other kids liked my stories. I even wrote and illustrated a children’s story when I was 10.  I wrote a YA novel when I was 14, but we won’t talk about that–it will never see the light of day, LOL.  Although I continued to write, my life took unexpected paths in my early adulthood, and before I knew it, I was married with two small children, and then divorced. I wrote during those years, but the story most prevalent in my mind was too personal at the time. I eventually started a blog to tell that story. I started writing The Watchers of Moniah sometime in the early 2000s. I didn’t have a lot of guidance at the time, so it took me a few years to hit my stride. Once I did, I finished the first book and began querying agents. One agent liked the story but told me I had too much in one book. I split that book into two books and added a good bit to both of them. I continued to query agents and publishers, but for a variety of reasons, I kept getting rejections. Meanwhile, I continued to write a variety of pieces, long and short. I published several short stories and essays and won a few prizes as well as receiving a Pushcart Prize nomination. Twelve years after I finished the original book, a publisher wanted to publish it. His one requirement? Write the final book of the trilogy. I wrote that book in less than 4 months! And now, I have two books out with the third book due out on March 1.”

Artists are often encouraged to join groups for inspiration, accountability, and networking. Being in a group can lead to deep friendships as well. I admire how writers are able to understand each other and be there for each other in ways that friends and family cannot – writers GET writers.

Barbara V. Evers: “My local writing critique group has always been a very supportive group. We celebrate each person’s works and successes and endeavor to help each other improve our work. Several authors took me under wing at points in my journey. The two most influential would be Faith Hunter and David B. Coe. I, also, had a writing teacher in high school who told me if I pursued more writing education, I could be very good. Her name is Mary Seamon, and I’m thankful to have been able to tell her how much those few words carried me over the years.”

I asked Barbara V. Evers about her biggest areas of growth throughout this huge process:

Barbara V. Evers: “Early on, I had no clear idea about the many accepted “rules” of writing. My point of view was all over the place, so that’s one of the first things I learned. Now, if a writer shifts POV without the proper approach, it drives me nuts. I’m pretty good and catching that in our writing critique group. I, also, learned how to create a rhythm and pace to my writing. One of the areas people often ask me about is writing battle scenes. They want to know how I learned to write them. I skated around writing the huge battle in my original version of the novel for so long that I asked Faith Hunter for guidance. She gave me tips on how to lay out the battle on a large board with landscape and markers for the combatants. It worked, and I’ve never struggled to write a battle scene since then.

Hearing about Barbara V. Evers’ work was incredibly inspiring. There are so many aspects to this huge project that I cannot even fathom. the world building, fantasy, mythology, and female energy is worth checking out. AND keep an eye out for what’s next:

Barbara V. Evers: “I started writing an urban fantasy while I continued to pitch The Watchers of Moniah, and I’m working on it again now that book 3 is done with edits. It’s about Deborah, a woman in her late twenties who discovers her strict, but ailing, mother has been keeping a HUGE secret from her daughters their entire lives. She’s an enchanter, a member of a secret society of women who seek to protect the world and those around them using powers they’ve inherited from the original enchanters..Oh, and she has a spirit wolf as a companion. Turns out, so does Deborah. On the heels of this shocking discovery, she learns her mother is the matriarch of the North America enchanters, and Deborah is destined to step into her mother’s shoes. And that destiny is NOW. It’s a cross between Red Riding Hood and an adult approach to Harry Potter since she has to learn what she should have been learning all of her life.”