Fantasy February: How Do You Love A City? 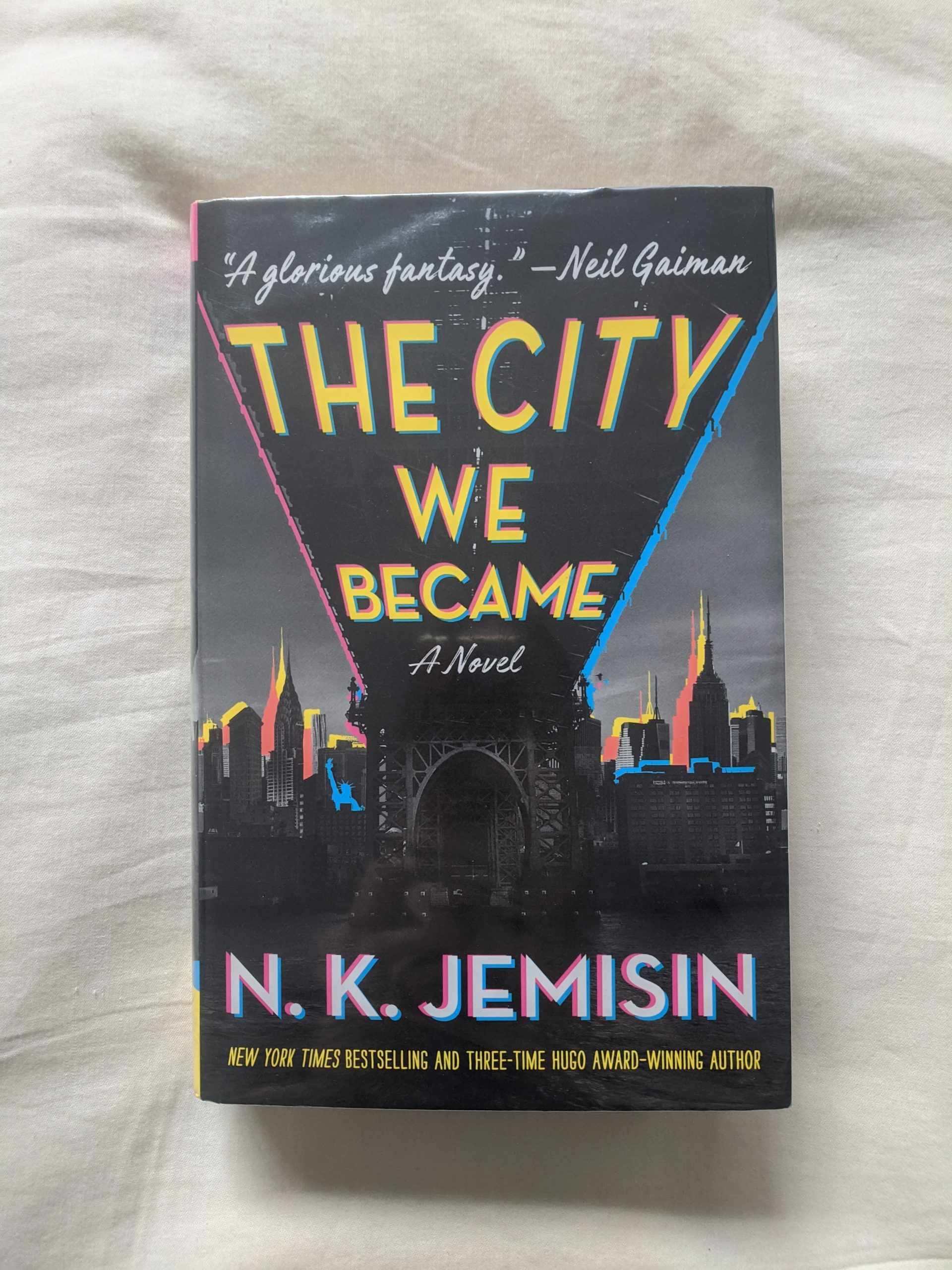 A review of THE CITY WE BECAME by N.K. Jemisin.

N.K. Jemisin is an author who has been on my reading list for some time now, so I was thrilled to pick up her new book, THE CITY WE BECAME. Classified by the book-selling powers as an “urban fantasy” and “speculative fiction,” the novel is viscerally imaginative. I will confess, I am not generally a “fantasy” person, but because Jemisin employs a fantastical overlay on a story set in a real city in modern time and space, I found myself completely enchanted.

The story centers around a big cosmic event, the rebirth of New York City, and the people who embody her various boroughs. Together they must face a mysterious villain determined to destroy the city and everything that makes it unique, but togetherness is hard when you’re all very different and not inclined to see eye to eye.

The fact that the main characters are embodiments of different areas of NYC, had me thinking about how the places we choose to live shape us as people, and conversely, how we shape the places we live in return. The beauty and strength of cities to me, and it seems to Jemisin as well, is the proximity of difference and variety and how it grows us as humans. The novel’s villain says it best when describing what makes cities so “terrible and terrifying” to her:

“…put enough human beings in one place, vary the strains enough, make the growth medium fertile enough, and your kind develops…hybrid vigor. […] You eat each other’s cuisines and learn new techniques, new spice combinations, trade for new ingredients; you grow stronger. You wear each other’s fashions and learn new patterns to apply to your lives, and because of it you grow stronger.”

As someone who grew up moving every couple of years, I have spent my life envious of and fascinated by the sense of PLACE that so many have. When you are one with a location. When it grounds you in a way that is hard to describe. When a place feels truly like home. I had this feeling when I first visited Los Angeles as a high school student, then again in college, and then when I finally established myself in L.A. as an adult. For some reason, it is a feeling that is difficult to explain when talking about a city, but this sense of place-fulness radiates from Jemisin’s portrait of New York and is perhaps the most impactful element of the novel for me. I resonate deeply with her sentiment in the Acknowledgments:

In a globalized world, when you can work virtually from anywhere, it would be tempting to believe that where you live doesn’t matter, but in THE CITY WE BECAME, the “where” of who you are, matters throughout the multiverse.