Fiction For The Fireside: Is Love Enough for “Common Ground”? 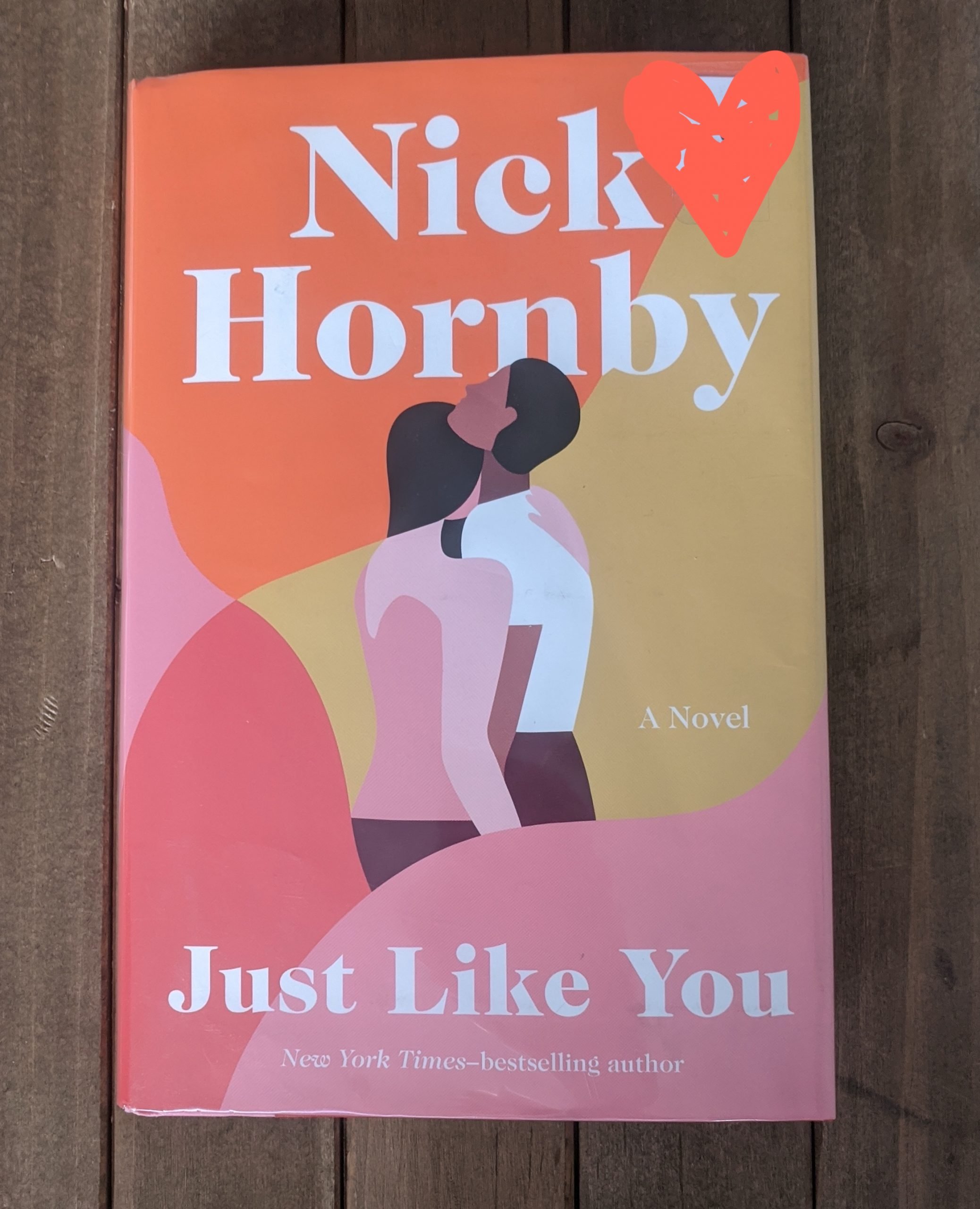 A review of JUST LIKE YOU by Nick Hornby.

It’s the most wonderful time of the year! It’s Fiction for the Fireside 2021! This holiday season curl up with JUST LIKE YOU by Nick Hornby, a romantic comedy that skillfully parses class, race, and generational differences with humor and heart as a middle-aged white mother and a young black man fall in love in Brexit-fevered London in 2016.

Author Nick Hornby has carved his niche with witty, literary romcoms like High Fidelity and Fever Pitch as well as more serious works like About a Boy and A Long Way Down. He gives his characters such distinct personalities and perspectives while still painting them with deep humanity, warmth, and relatability. His latest novel JUST LIKE YOU continues this tradition with Lucy and Joseph, wonderfully compelling characters that feel fully realized in their individuality. The most surprising element of the romance for me was that Joseph and Lucy have hardly anything in common, they don’t work together, they don’t come from the same financial or educational background, they don’t have mutual friends, and they don’t even live in the same neighborhood. Nevertheless, they are drawn to each other and as they grow closer they must face the challenges of navigating their myriad differences often forcing us (and sometimes even them) to wonder, is Love itself “common ground,” or are some differences unable to be bridged? Indeed, setting the story during the fraught Brexit referendum is an incredibly intentional choice on Hornby’s part. Lucy and Joseph both observe deeply divided groups who can’t seem to see past their differences, so how can they possibly come together?

“Lucy understood it now. The referendum was giving groups of people who didn’t like each other, or at least failed to comprehend each other, an opportunity to fight.”

The novel dances with bright dialogue, nuanced characters, and humorous honesty. An intelligent and affable love story for anyone wondering how to find common ground when people seem so far apart.