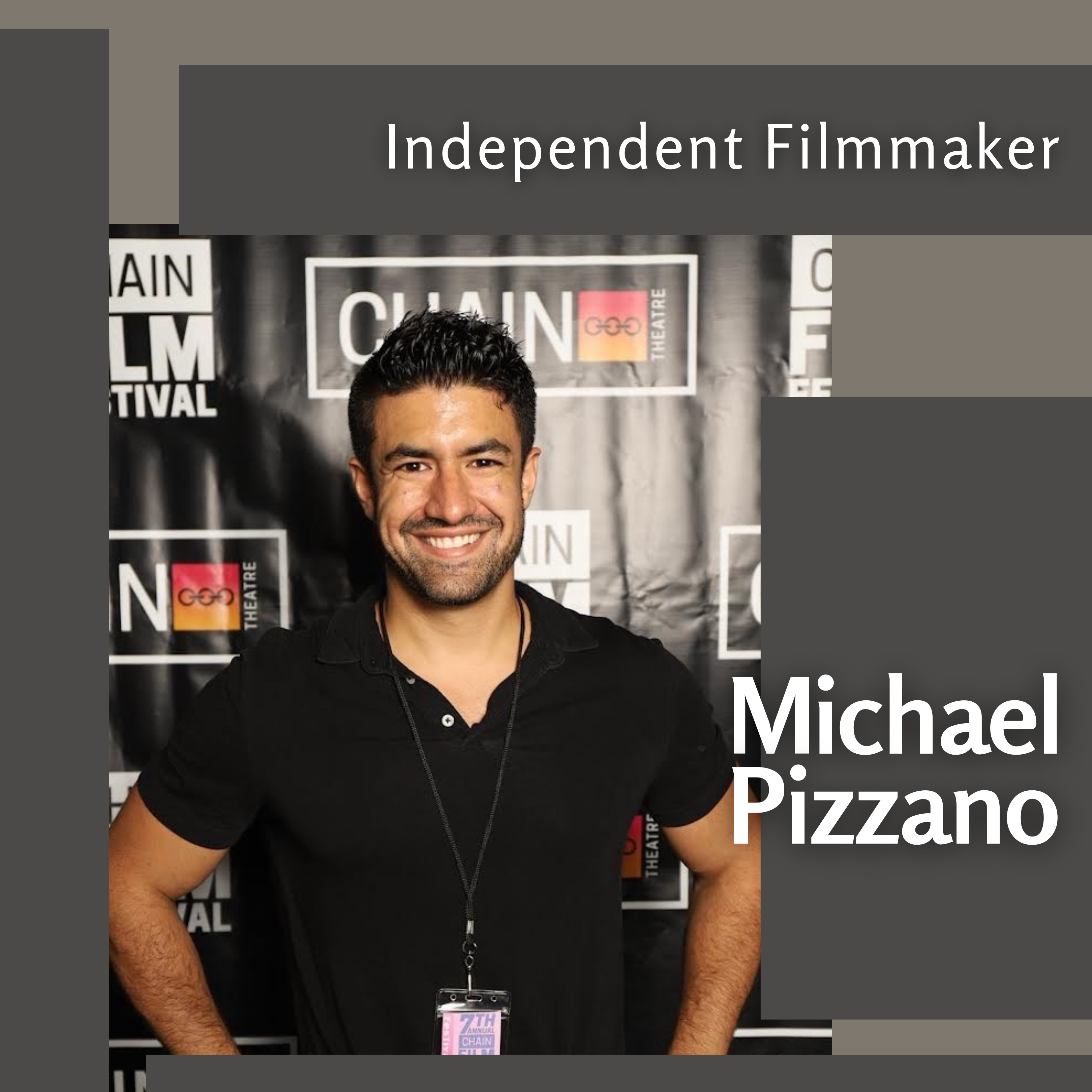 An interview with filmmaker Michael Pizzano.

Michael Pizzano is an independent filmmaker and proud New Yorker. His films cover a variety of topics spanning from stolen lunches to homicidal Pomeranians to his newest project, Lockdown Living, a 9-episode web series of remotely true stories that take a dark, comedic look into the lessons learned from the 2020 quarantine. His shorts have played at film festivals across the country: The Replacement won Best Sci-Fi Short at the 2019 Chain Film Fest and his super short, Say No to Drift Walking, finished its festival run having screened at over fourteen film festivals and winning Best Short Short at the Chain NYC, Inwood Film Fest, Best Shorts Competition and Avalonia III Film Festival. Michael’s first feature film project, Exp. 36, where he acted as the lead creative producer, is slated to be released this year. He is currently in post production for a horror short film he directed this fall and is in pre-production for a post- apocalyptic thriller, slated to be shot early next year. In addition to his personal projects, Michael works as a producer of branded content for Group Nine Media.

How exactly did the concept of Lockdown Living come to mind?

Lockdown Living came to mind because we were literally living it! When all of NYC production shut down in March 2020, the three short films I was set to direct were postponed indefinitely and my job producing branded content was put on hold. I spent two days trying to figure out what to do with my life and decided I needed to keep making films. A colleague recommended the movie Searching as a visual format that could possibly work with remote style production during the pandemic. I watched it and thought: I can figure out how to do that.

I reached out to four comedy writers whose work I adore: Allison Hayhurst, Sarah Franco, Nick Smithson and Montgomery Mauro, and they were all game to join me on this adventure. I first envisioned the show to primarily focus on pandemic virtual dating and through brainstorming scripts and storylines, it evolved to a full exploration of pandemic life, from the everyday occurrences, like remote office problems or being separated from family due the quarantine, to the totally absurd, like a remote exorcism. In the end, Lockdown Living is about people trying to maintain connections with one another while being physically separated.

Once you knew the show was going to be shot primarily on iPhones, did that make production easier or more difficult because of the limitations?

In a way, both. Not having to wrangle a crew simplifies filmmaking a considerable amount but not being physically present with your cast comes with all new challenges, a big one being your reliance on everyone’s internet connection. The show was shot with a combination of cell phones and Zoom. Zoom allowed for the actors to react to one another while the phone camera filmed, so any internet issues would slow down the entire process. I found the biggest challenge to arise from remote filmmaking was actually in post. Each character’s little chat box on screen tells its own story and getting the best takes of each performance to cohesively fit with one another took time due the nature of the filming process (everyone filming on their own in their own homes). Editing this kind of footage definitely made me a better editor and an even better director.

At the same time, there’s always positive experiences that can be pulled out of every new challenge. This workflow gave me the opportunity to closely work with all the actors to create the frames for each episode. I would video call an actor, allowing me to see exactly the frame their phone would be recording, and we’d talk through setting up the camera’s position, how to decorate the set for that shot and their blocking. It was very important to me that the framing be dynamic and not just talking heads. This allowed for a whole new level of creative collaboration with the cast which for me, especially as a director, was a joy.

Did you receive any backlash from making a comedy related to the pandemic?

Not at all! All the feedback I’ve gotten so far has been very positive. A major goal of this series was to be relatable and to help the audience feel kinship with the characters of the show. After all, we’re all going through a lockdown together.

The writers and I chose to keep COVID in the background, so there are no episodes that specifically focus on the pandemic itself. Instead, the series focuses on the characters and their stories in remote life. We all know why they’re locked in their homes and communicating through little boxes rather than in person and I don’t think a series that dwells on that is as fun as one that focuses on characters stumbling through this new reality.

For me, the biggest sign that we’ve been successful is my favorite YouTube comment, which is posted to In Memoriam, the virtual funeral episode: “I am snort laughing! This is most people’s nightmare; yet I’m laughing! Wonderful! Let’s see some more…”

Once Covid-19 is over, can you see taking the same characters to another setting where they’re storylines can grow further?

100% yes — I love these characters and they have many more stories to tell. While we only produced and published nine episodes, we have 18 more written and many plotlines that could be developed. I think it’s safe to say that while the pandemic will only continue to subside as doctors and scientists find better ways to treat and prevent COVID, there are elements of remote lockdown life that are here to stay. Let’s see where we are in a year or so and if the want is there, a second season for this series could be on the horizon.

What are some of your upcoming projects?

I just finished directing a horror short film, written by screenwriter, J. O’Murchadha. It was one of the projects that was cancelled at the start of the pandemic but came back to life last summer, 2021. I’m in the throes of post production and I cannot wait to be able to show this film to the world — I’m incredibly proud of the footage we captured! I’m also in pre-production for a script written by my partner, Sarah Seeds — a post apocalyptic short, slated to shoot in February. I can’t say much about it other than we’re waiting for the snow to come down in force to shoot — a bucket list item for me. Shooting in the snow is gonna be a hell of a fun time.

Parallel to my personal narrative projects, I’m producing full time with Group Nine Media on a variety of productions. I consider myself very lucky to be able to pursue my passion for narrative while exploring new ideas and walks of life through the docu-style projects for Group Nine.