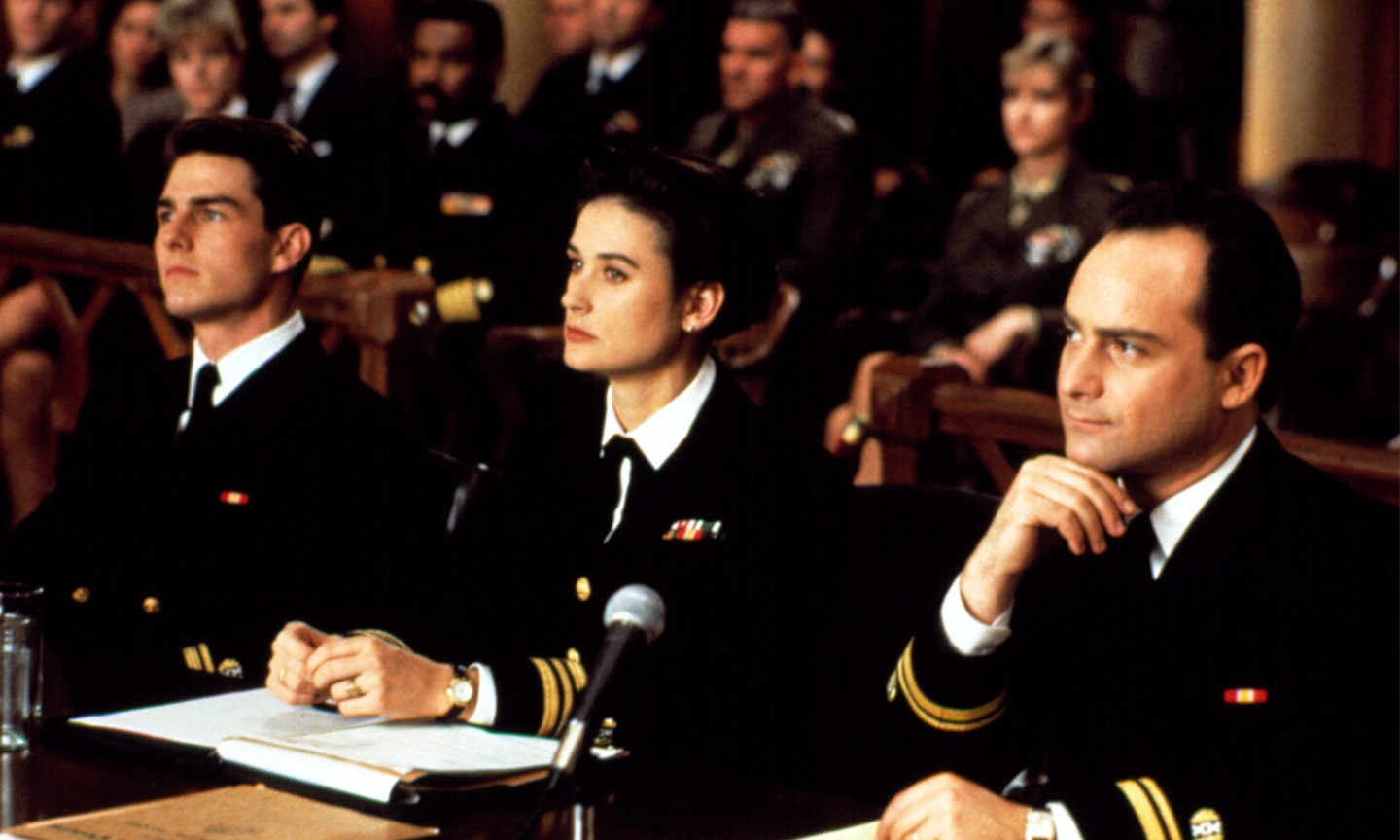 A look back at movies I should have seen by now

I watched an eye-candy action flick on my flight this past weekend and then I browsed the classics. I was done with action and just wanted to chill. I realized I hadn’t watched “A Few Good Men” and I was instantly jazzed to finally see it!

I was not at all surprised I would love this 1992 American legal drama. And the film is based on Aaron Sorkin‘s 1989 play. It’s easy for me to love anything Aaron Sorkin does. Although this movie couldn’t be made today with this star-studded cast, it would be too expensive as it lacks any reason explosions or helicopter crashes: Tom Cruise, Jack Nicholson, Demi Moore, Kevin Bacon, Cuba Gooding Jr., Kiefer Sutherland, and more.

This film explores the court-martial of two U.S. Marines charged with the murder of a fellow Marine while we follow the legal team and the drama of putting this event on display in a courtroom.

I loved it. Really, it’s a huge A+ movie for me. I agree with this Wiki round-up:

“Peter Travers of Rolling Stone magazine said, “That the performances are uniformly outstanding is a tribute to Rob Reiner (Misery), who directs with masterly assurance, fusing suspense and character to create a movie that literally vibrates with energy.”[26] Richard Schickel in Time magazine called it “an extraordinarily well-made movie, which wastes no words or images in telling a conventional but compelling story.”[27] Todd McCarthy in Variety magazine predicted, “The same histrionic fireworks that gripped theater audiences will prove even more compelling to filmgoers due to the star power and dramatic screw-tightening.”[28] Roger Ebert was less enthusiastic in the Chicago Sun-Times, giving it two-and-a-half out of four stars and finding its major flaw was revealing the courtroom strategy to the audience before the climactic scene between Cruise and Nicholson. Ebert wrote, “In many ways this is a good film, with the potential to be even better than that. The flaws are mostly at the screenplay level; the film doesn’t make us work, doesn’t allow us to figure out things for ourselves, is afraid we’ll miss things if they’re not spelled out.”[29]

Widescreenings noted that for Tom Cruise’s character Daniel Kaffee, “Sorkin interestingly takes the opposite approach of Top Gun,” where Cruise also starred as the protagonist. In Top Gun, Cruise plays Mitchell who is a “hotshot military underachiever who makes mistakes because he is trying to outperform his late father. Where Maverick Mitchell needs to rein in the discipline, Daniel Kaffee needs to let it go, finally see what he can do.” Sorkin and Reiner are praised in gradually unveiling Kaffee’s potential in the film.[30]“

The thing I enjoyed the most is falling in love with Demi and Tom all over again. I grew up watching them in the movies that made them famous and I hadn’t seen their young faces in so long, I didn’t realize that I missed them. As if I knew them, I was just so happy to see their faces. It may be the reason I loved it so much, but honestly I was surprised by one aspect of this time warp: I grew up loving Jack Nicholson, but I really didn’t like him in this film. It feels taboo to even say that, but it seemed like a lazy performance at times. He was intense and gave it his all in key scenes, but it started out rough and aimless. He was well cast, just didn’t do it for me in a few scenes.

Whether or not that is the most upsetting insult I could ever utter, I loved the movie and wish movies were still made like this. The performances outpace the plot for sure, but the process is really enjoyable.