Found This YA Horror Anthology To Top Off Your 2020 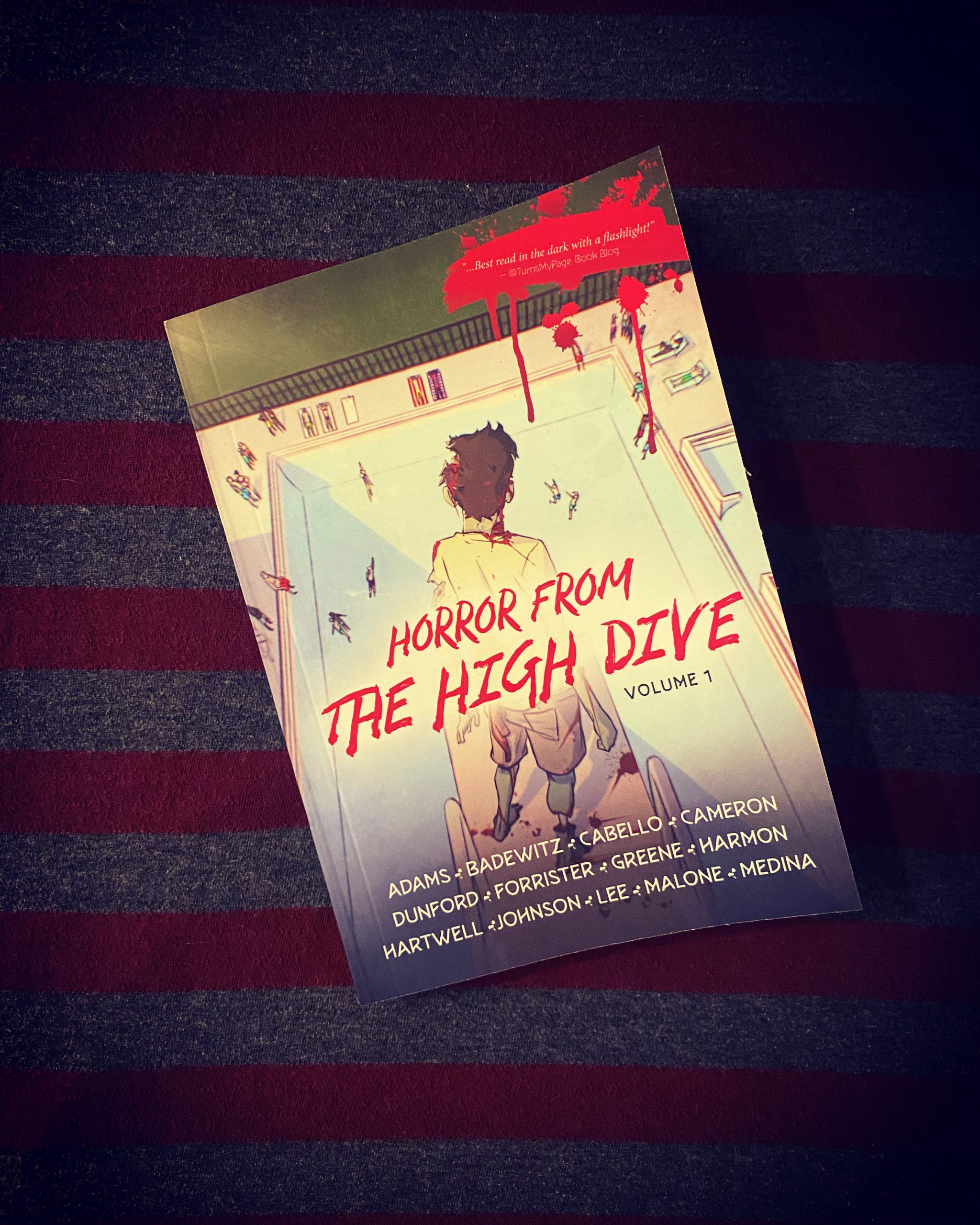 Author Peter Harmon: “I love the idea generation part of thinking about writing, where anything is possible. It’s like when you just started talking to a girl back in high school and you didn’t really know much about her but she seemed magical. Once you actually start writing something you ruin it, haha, to a certain extent. Once you get to know someone the magic goes away, they’re just another person. I’m not the first one to have this observation. Hopefully in your life you can meet a handful of people that keep their magic, or maybe even their magic grows (deepens) as you get to know more about them.”

Writer Peter Harmon’s magic grows every year in all directions, he keeps delivering projects from all over the writer’s spectrum. Originally from back East, Peter Harmon moved to Los Angeles over a decade ago and planted his feet in The Golden State with his family (including their Pug). He has a foot in both coasts, living and working in Los Angeles and writing a YA book series based in a fictional version of his old stomping grounds.

Harmon: “I’m originally from the east coast, mainly from a spot outside of DC, in Maryland, called Cheverly. For some reason people in Maryland talk about what county they’re from, so I’m from PG County. The fictional county Yellow County from my YA book series The Happenstances… is based on PG County. I went to college at Towson University which is outside of Baltimore. I met my wife there and we’ve been together since.”

A story producer and working on shows like RuPaul’s Drag Race and Botched, an independent screenwriter (Love in Tokyo, Prodigal Husband), co-writer of a Best Selling Dad Joke Book (alongside LAFSC alum Taylor Calmus of Dude Dad), and the writer behind the YA book series The Happenstances (2 of 3 released). AND he has a new release you have to check out in paperback and ebook:

Harmon: “A project that I’m super excited about is a horror anthology that my publishing imprint, High Dive Publishing, just released. It’s 12 stories and 1 spoOoky poem by 13 writers.”

I asked Harmon about the very important and pressing question of …how does he do so much? Specifically, what is HIS best environment to write in?? He is juggling so many different aspects of writing and creating, I wanted to know his secret to successfully getting all of his work to market.

Harmon: “I like to write in quiet and calm, which is difficult with two kids and a dog, especially in 2020… I usually write in bed actually, haha, now that I think about it. I have this cool Ikea thing that’s hard on top and like a cushion underneath so I can balance my laptop on the top of my lap. I like to write in the beginning of the day or the end of the day. I sometimes go days and even weeks without truly writing, I always have to ease back into it. Thankfully (or tragically depending on how you look at it) there are many other aspects of being a writer than just the writing. Promotion is something you have to do as a writer these days, social media, generating ideas and other projects. So even when I’m not typing words into a document, I’m pushing my writing “career” forward. For example, all this week I’ve been packing up and shipping copies of the aforementioned horror anthology that people pre-ordered through the crowdfunding campaign. Who knew that going to the post office was a big part of being a writer?”

I love to ask writers what THEY are reading. I don’t regularly consume the type of work I put out and I’ve found that most artists land in that category as well. But inspiration needs to come from somewhere, right?

Harmon: “At this point (kids, dog, 2020) I’ll take what I can get when it comes to reading. A short story here or there. A couple of pages before bed. I was able to read a good amount over the Summer, but now that I’m facilitating online school in the morning and working my TV post production job in the afternoon (and into the night), it’s tough to read, like at all. …But when I do get a chance to read I’m bopping around between a few different books: – An epic historical fiction behemoth about the Chesapeake Bay by James A. Michener called Chesapeake, which would make an incredible TV miniseries that I would love to develop if anyone is interested… – a book about healthy eating called How Not To Die – and a book called How to Stop Losing Your Sh*t with Your Kids: A Practical Guide to Becoming a Calmer, Happier Parent because you know: kids, dog, 2020…”

If you’re looking for a great gift for a Dad or a Teen or a ME in your life, take a look HERE