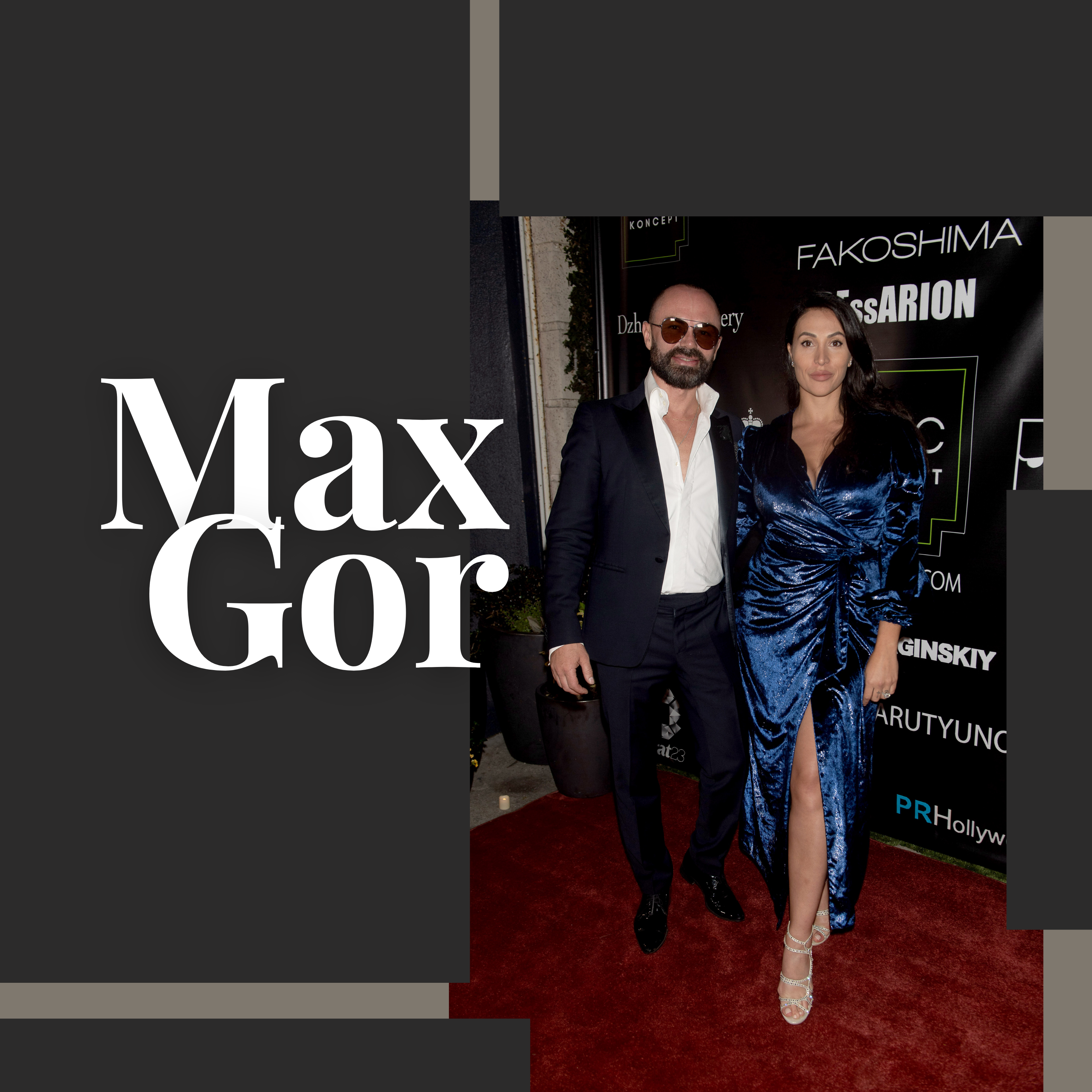 An interview with Max Gor.

Max started his career as a theater and film actor, but at a fairly young age he came across the Kiev multi-brand premium Boutique SanaHunt and immersed himself into the world of luxury fashion designers. In 2000, Max worked as a stylist for SanaHunt for two years and thereafter on the Ukrainian TV channel “Inter” as a television stylist.

His twenty-one years’ experience in video editing, advertising, red carpet events, filmmaking and television production has given him the opportunity to work in the United States and he is a co-founder of the Attic Koncept luxury boutique with Maria Golomb.

In 2004, Max moved to Moscow, where he had the opportunity to work as a stylist on major television shows, such as Factor-A and Top Model in Russia. Some of his key clients in Russia were Ksenia Sobchak, Lera Kudryavtseva, Irina Shayk, American boxer Roy Jones, model and TV presenter Janice Dickinson, French singer Patrice Kaas, and many others.

With your background originally being the arts, has that given you a unique view on the fashion industry?

Actually, I was associated with the arts from early childhood. I first was a theater and movie actor, and then moved into theater production. Obviously, all of this gave me a lot of knowledge and education in the field of art, cinematography, television, costume history and design. After my theater experience, being very young, I was invited to join a luxury multi-brand boutique, SanaHunt, in Kiev as a creative director, Later, I worked as a stylist for the main TV channel in Ukraine. This is how my career in fashion and show business started twenty years ago.

What experience did you walk away from working on Factor-A and Top Model?

When I moved to Moscow in 2004, I started working with Russian celebrities such as Ksenia Sobchak, a TV host, journalist and presidential candidate in Russia. It was a valuable learning experience for eight years. That was when I established myself as a celebrity stylist. I worked on many TV projects such as Factor-A and Top Model in Russia, hosted by Ksenia Sobchak and Irina Shayk. This gave me the opportunity to collaborate with world fashion photographers and American celebrities like Tyra Banks, Janice Dickinson, and Roy Jones.

What have you noticed about America’s tastes since moving to LA?

My love for American fashion and show business started during the filming of the Russian version of Top Model in Miami. I was impressed by the professionalism of the creative team, but because Miami is not so much about fashion, I chose to move to Los Angeles. It inspires me and I want to create here every day. My partner, Lika Osipova, who’s also a TV host and singer, collaborated with me on a video that won some awards at film festivals in New York and Los Angeles. I want to share my experience with people in the US and bring my ideas to this country’s developing fashion industry. Speaking about the taste of Americans, they differ completely from state to state. I can always tell if a person is from New York or California. It’s a very interesting point. California is a warm state, so addiction to bright colors and rhinestones goes without saying. We live in the film capital of the world and most of our clients want to look spectacular and stand out.

With a public figure, how they’re perceived to the public is obviously important to their career. How much does what they wear affect their image that maybe the average person isn’t aware of?

The clothes that public personalities choose to wear is very important for his or her image and affects how people perceive them. Politicians work with cooperate imagemakers, who accurately think over every detail of their image. Sometimes even one small misunderstanding in style can be violently discussed by the public, which affects celebrities’ image. There are a lot of cases among famous people receiving negative comments and reviews just because of one mistake made by their imagemaker.

When did you start thinking about opening Attic Koncept?

I was always interested in talented designers from Russia, Georgia, and the Ukraine, etc. I’ve always wanted to make it my mission to introduce these designers in other countries. After I conducted market research, I realized This is how the idea of creating a special space for them was born. My business partners Maria and Michael share my opinion.

Thanks to our common goals and interests, we came up with Attic Koncept luxury boutique.

Where does the name “Attic Koncept” come from?

The concept behind the boutique is a concierge service that carries premium designers, selected pieces, and rare finds from Valentino, The Attico, Alexandre Vauthier, Paco Rabanne, and more. Inventory includes designers new to the American market that present prêt-à-porter collections, made-to-measure service, and seasonal pre-orders. We carry both new and consignment pieces.

We are also very proud to be an exclusive reseller for most of the Eastern Europeans and Middle Eastern designers presented in our boutique. All of them are highly recognized, such as Ruslan Baginskiy, Runa Concept, Alexander Arutyunov, and many others.