How Does SWITCHED Stack Up To Its Popular Premise? 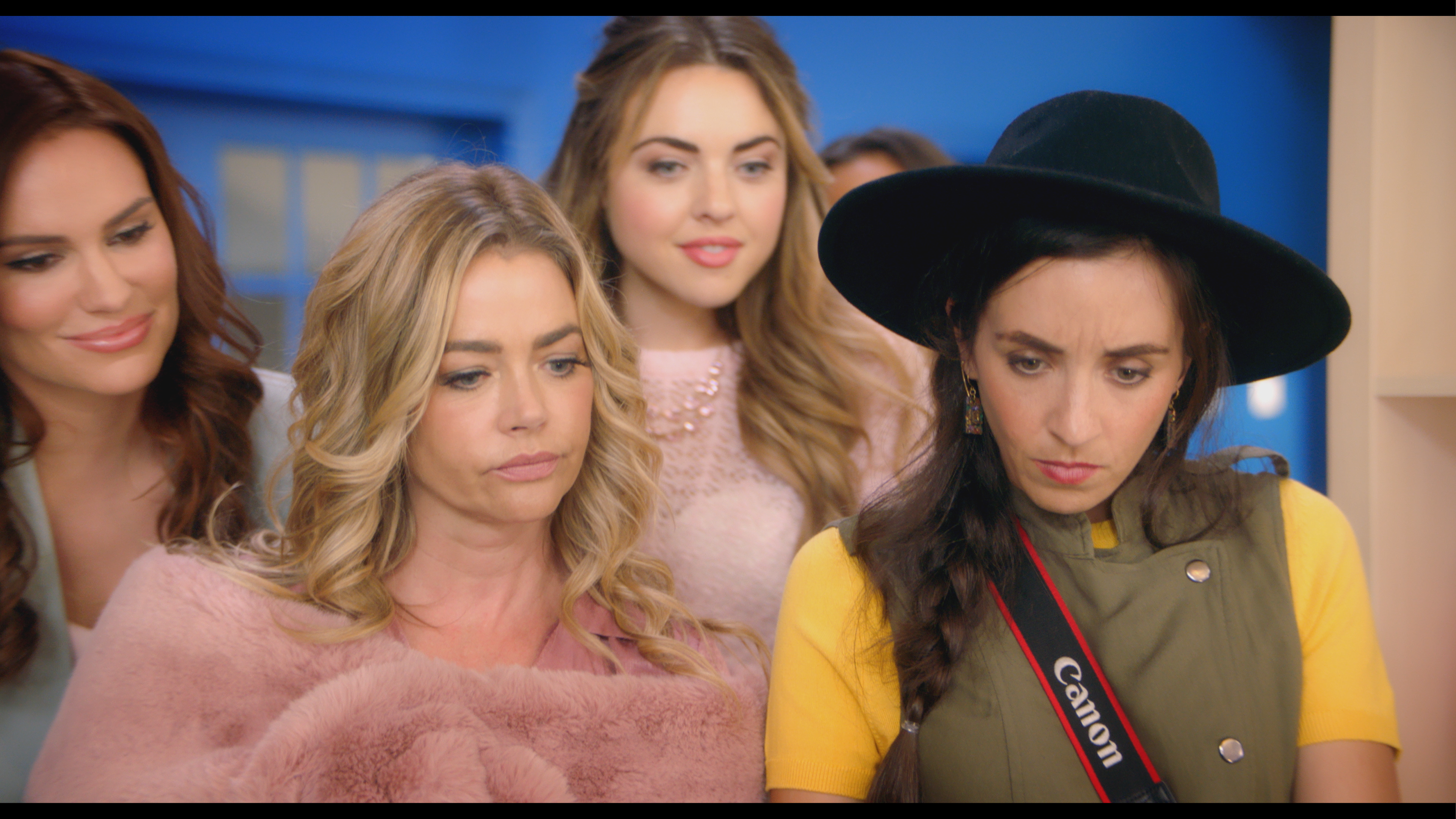 I love watching a body-swap movie. Who doesn’t?! What I love about SWITCHED is that the stakes are high, the teen angst is real, and all the friendships that evolve along the way.

The first thing I must mention is the perfect casting. Denise Richards and John Schneider make for the picture perfect controlling brand managers of a teen influencer. I laughed out loud at their reveal, I knew that classic stereotypes were going to be rampant in a teen body-switch premise, but Richards and Schneider are delightful scene-stealers.

Leadings actors Madeleine Byrne and Miya Horcher compliment each other, casting that must have been difficult considering the talents required for their style, grace, and musicianship. Their first impression interactions set the stage for the film’s arc, but instead of sticking in the natural world to really drive up the possible stakes, we spend much of the film past the switch and past the reconciliation for a much more nuanced and organic transition from ‘understanding’ the lesson to actually living the lesson. This film supports a prayerful theology focused on God, it was built into the message but uses a delicate and light hand to deliver. The climax of the film took me by surprise, they weren’t going to lean on the supernatural parameters that are established in the body-switch premise, the writing took us one step further into actual faith. There was no magical holy-ground and traditional superstitious play that had to be accomplished or be put in motion, this film twisted the genre into even higher stakes with a reliance on pure faith.

When I sat down to watch this movie, I thought I was going to have a few fun laughs, but it became a much deeper story with a faith-put-into-action approach that completely caught me by surprise. Although, I do have to point out, it was really funny, too. I came for the fun and this film delivered. Details of Madeleine Byrne walking in and out of homes without permission, the legalities of driving without a license, awkward conversations with family members, and even recognizing the bodily autonomy of eating and exercising another person’s body brought out the comedy.

How does it stack up to other body-swap movies? Heavy hitters like family favorite FREAKY FRIDAY, darker SKELETON KEY, and ridiculousness of THE HOT CHICK solidified this premise into the studio sphere across multiple genres. BIG and 17 AGAIN are a competitive spinoff premise featuring an age-transformation that is a strong contender to be included here. An upcoming release following SWITCHED that couldn’t be more different is Vince Vaughn’s new horror-comedy FREAKY, about a serial killer who unwittingly swaps bodies with a teenager girl. Wikipedia offers dozens of examples across books, films, TV, and individual episodes – it’s a popular trope. So, the stand-out features for SWITCHED include: a grounded faith element, both teens having an equal journey ahead with life-long implications, and pointing to how bullying stunted both characters in a united front against a common issue.

Overall, I’d say that this is a film for a whole family to enjoy together. Although it is targeted at teens and young adults, I’d say my 7 year old and my Grandmother would love this experience just as much as anyone else.

I caught up with writer/producer Alexandra Boylan, co-founder of Mustard Seed Entertainment to ask her about what she’d like audiences to take away from this experience.

SWITCHED is so important to me, as I wanted to tell a story about the importance of female relationships in high school, that life isn’t just about chasing boys and being Catty to each other.  It’s about going after your dreams of College and a Career and strengthening our female bonds. AND DON’T BULLY 🙂  … If we can heal the heart of a bully, we can stop a chain reaction of that person going on to hurt and bully people.  I want to inspire a culture to LEAD WITH LOVE, in everything we do.

I’ve had the pleasure of knowing Alexandra Boylan for several years and through several movies and she means it, she has found her calling and has dedicated her work to female centered films. And she just keeps moving forward.

I have another Family film called THE INHERITANCE which we shot in Georgia in July, that stars Mena Suvari, Jaleel White,  Jeff Schroeder and Cameron Kelly.  Which is about – Estranged siblings return home to bury their mother and claim their inheritance, only to discover that their deceased mother has hidden the deed to the entire estate somewhere on the property. It’s in post-production now and will release next year.

You can bet that I’ll be catching that one for a family movie night, too. Watch SWITCHED wherever you watch movies. Out now!