How Does She Do It? Read About Actress Deborah Lee Smith’s Nine Lives 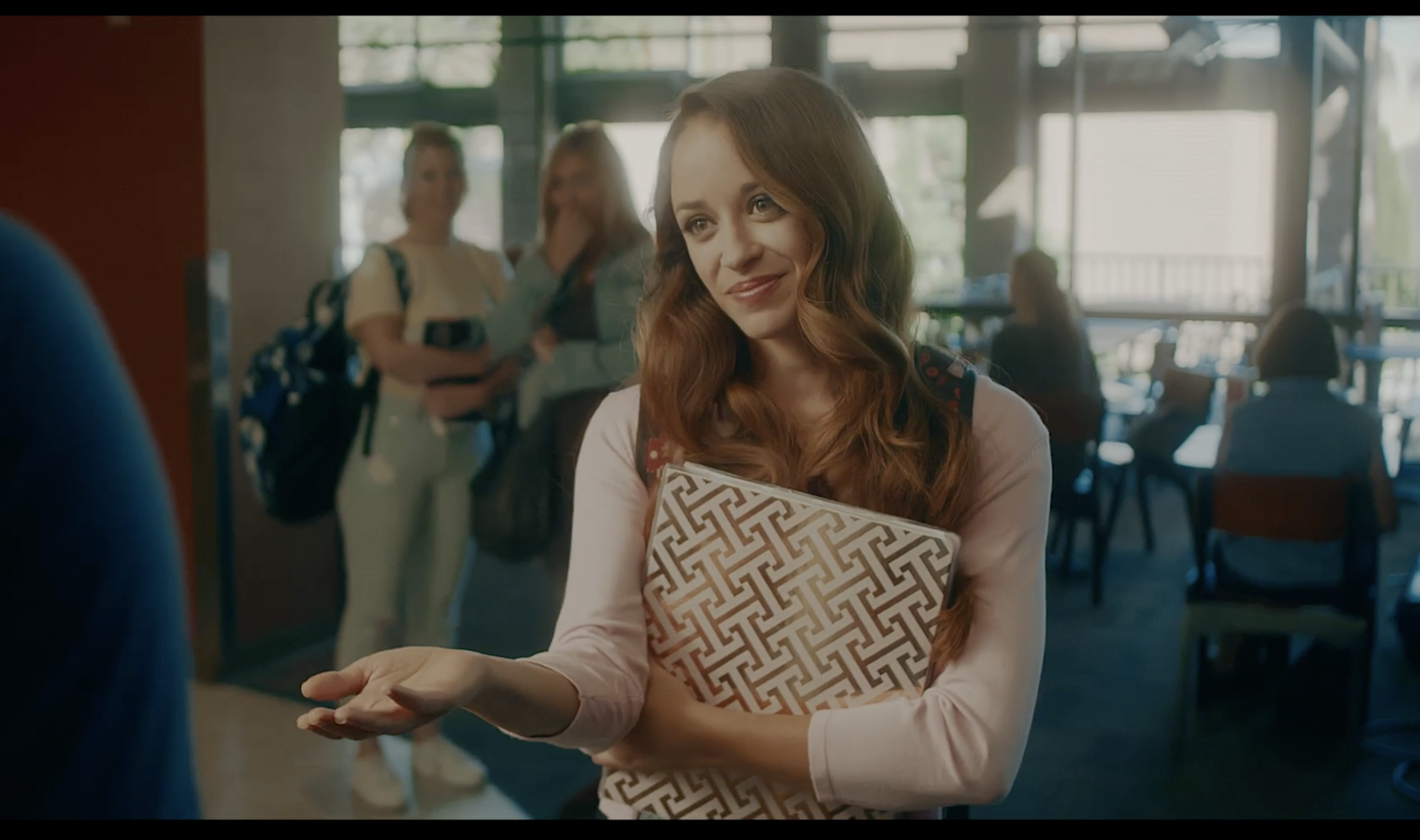 Actress Deborah Lee Smith is an LA unicorn, born and raised in East LA County. I met Deborah while on a lunch break from judging a high school theater event, yes, as adults we both volunteered to be judges for a theater competition that we both had participated in as high school students many moons ago. Ya see, I’m also from Southern California and when I find a like-minded and network friendly ladies, I do everything I can to make them my friend. I invited Deb to join my family for a holiday event, but she was off to Australia before I knew it and that’s where she’d be for a few years even though I had JUST met my future BFF. For those first few years I knew her, every time I turned my head, she would fly off to beautiful Australia.

Actress Deborah Lee Smith: “Oh gosh. I feel like I have had nine lives already. Logistically, I went to UC Berkeley out of high school (majored in English Lit and Theater) and then went to Australia after graduation to get my Master’s Degree in Film Production. Through some serendipitous circumstances I ended up starting and running a construction surveying company in the Australian outback for 4 years. This was when podcasts were really starting to take off, and I would be out in the sun, surveying a road and listening to actors and filmmakers talk about their craft. After about a year of listening, I realized that my true happiness lay in acting and I had to move back to LA to be immersed in the industry. And, the rest, as they say, is history!”

After knowing this beautiful lady for almost a decade, I sat down to watch her new action movie release LAST THREE DAYS the very day it came out (yes, I watch movies the day they come out if they star wonderful people like Deb). Deborah Lee Smith lit up the screen. I quickly realized that this film’s main character arc was going to revolve around this majestic love story. There was so much chemistry, gentle sweetness holding hands under the table, confidence, and organic love growing between the characters played by Actor Robert Palmer Watkins and Actress Deborah Lee Smith.

Smith: “I had the privilege of playing Beth, a strong minded, heart focused character who is the emotional center of the film. The director, Brian Ulrich, actually wrote the character for me, which was a huge honor and a lot of fun to play because a great deal of the dialogue felt like it was plucked straight from my brain. It is a true testament to Brian as a writer because he so beautifully created a role based on who I am. I also was a producer on the project, which is a pattern of mine. I love being on projects as an actor and also having the ability to contribute to other aspects of the production. “

I distinctly remember Deb telling me about this upcoming role and this fabulous team creating this movie. Deb was playing it cool, but I could see the excitement behind her eyes. Although, I had to pull it out of her at first. Deb is incredibly humble, she gushes about the team and her partners, but rarely talks to me about her processes, her hopes for the movie, or her fears. She works as hard as a construction surveyor in the Australian Outback but with the careful gentleness of a high school theater competition judge, all while pushing herself (and everyone around her) to be the best version of ourselves.

Smith: “I absolutely loved my first chemistry read with my co-star, Robert Palmer Watkins. As soon as we met and started acting opposite each other I could tell he was my “Jack.” It was such a surreal experience to know in that moment that we were going to be a team on the film and I am so glad our chemistry came through in the movie. “

I love Beth in this movie. I love her confidence, her working relationships, and her commitment to be true to herself when she’s pushed to the edge. I asked Deb about how she and the character of Beth are similar and in what ways they are complete opposites.

Smith: “Since the character of Beth was based off of me, there was tons of similarities in our character and sensibility. I am also a hopeless romantic, very loyal, and fight like hell for people I care about. We are different in our professions (obviously), as I am not a nurse, but I do run a mental health organization* focused on helping others, so in that way I guess we are back to being the same! Let’s see. I don’t think I would be able to date a cop. That would keep me up at night with worry. So there’s a difference! :)”

Actress Deborah Lee Smith joined me on a project a few years ago as an actress and producer. Inviting her to collaborate was one of the best decisions we ever made for our film. She’s able to see how a project could be better and she goes all the way to make sure and steer every decision towards the film’s favor. She is one of those people who you can count on to be picking up a broom on the 16th hour on the darkest day of production and continue doing the necessary work. You can count of her to be the first person to nab her premiere ticket and show up ready to celebrate the hard-earned wins, too. Deb also takes great pleasure in connecting team members and people who would compliment a project in the best ways. She is a strategist with a grounded heart and genuinely makes the industry a more equitable place to live and work. I was wondering though, since she makes everything she touches immeasurably better, what are the hardest parts of the industry for her?

Smith: “Believing in yourself and facing your fears. I was talking to a friend the other day about how when I lived in Australia I had zero doubts about my future success. I knew, in my heart, that I was going to be a successful actor for the rest of my life. A few years into LA that really started to change. Not because of lack of success (I have humbly done quite well here), but because of the negative energy of others that started to seep into my own consciousness. I have really been working on continuing to show grace and love to all, but putting up some boundaries and not allowing that negative energy to affect me. By putting up these boundaries I have been able to double down on my passions and believe in myself even more!“

She is a positive person, runs a mental health organization, surveys the Australian Outback, judges high school theater competitions, acts, produces, podcasts, writes, …. and probably 20 other things I could dig up pretty easily.

But after the huge successes and accolades collected by LAST THREE DAYS, what is coming up next?!? And how has the pandemic (2020’s industry shutdown) played a part in her career?

Smith: “I have actually written a script during 2020 based on my grandma and her brother who was an Air Force pilot in WWII, shot down, and declared MIA in Italy. I wrote one of the characters in there for myself, so getting that made is high on my list. …I am also booked to play a super fun and quirky character in a Christmas movie. Unfortunately we have been pushed several times because of Covid but I can not wait until I can dive into that role in the near future!

…
I was very blessed to have two films come out in 2020. LAST THREE DAYS and HERE AWHILE. Here Awhile is a film starring  Anna Camp that I produced, and was a true labor of love. It was really wonderful to have that film come out because it tackles a difficult subject matter and we have had countless people contact us to say how much that film means to them.

Additionally, finally focusing on writing has been a huge part of 2020 for me. I never really dove into that side of myself before, and I really like rolling around in that area of my brain.”