How To Build Representation When You Cannot Find It 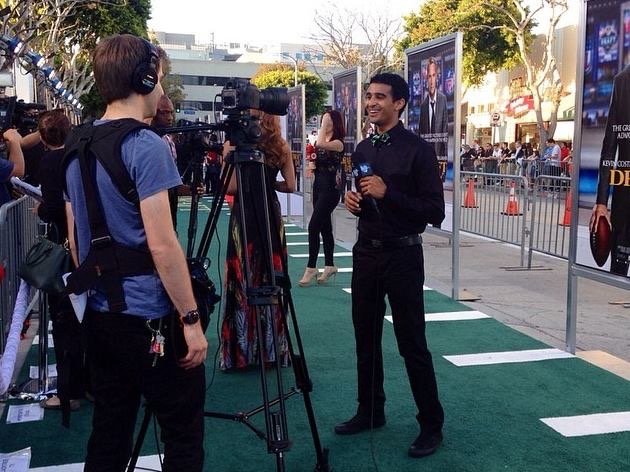 As HappiTV picks up Kevin Gerdes’ popular LGBTQ STORIES Podcast (available on all major platforms), finding solidarity in pain points, coming-out, fostering-to-adopt, and finding new revenue streams in the industry shut down in Los Angeles has become a lifestyle of organized public documenting. When Kevin Gerdes cannot find a community, he builds a well for the community to find and gather, creating avenues of representation in multiple mediums.

Years ago, Maryland native Kevin Gerdes had the idea to start a podcast that focused on telling real-life stories about American’s who were struggling. But shared pain points became too vague a direction for Kevin to gather the people he wanted to serve most.

Kevin: “I quickly noticed that I was getting a lot of requests from LGBTQ people who wanted to share their stories on the show – mostly because many of us have very painful histories often filled with trauma. When I realized that my first show was not doing so well and that I had a plethora of LGBTQ centered episodes I got scared. I’ve been out since I was 19-years old, however, growing up with 3 brothers I was very used to not being too loud with my queerness. But, I couldn’t hide what was happening. More and more LGBTQ people were contacting me to tell their story. That is when I decided it was time to stop my other show and start a new show centered around the LGBTQ experience.”

In December of 2017, LGBTQ STORIES was born (originally called, LGBT STORIES). Now Kevin’s podcast is 240k downloads strong, streams in 110 countries, have had notable and celebrity guests on the show, and now are launching on HappiTV.

But that wasn’t the stopping point for Kevin Gerdes. This time of year is difficult for booking guests so he took his annual break (LGBTQ STORIES returning January 2021) to focus his attention on YouTube channel, Kevin Adopts.

Kevin: “My show documents my journey to Fatherhood. As I have embarked on the process of fostering to adopt a child I struggled to find other single-gay men doing the same. At the urging of friends, I decided to document the process and start a YouTube channel. It’s a new channel but it is growing steadily.

Many of YouTube channel, Kevin Adopts‘ videos are vlog style episodes with a clear agenda (learn more about Fostering-To-Adopt here). His authenticity and transparency about the process is enlightening. It’s very beautiful to hear.

Sharing is caring, building a community where you couldn’t find one takes a ton of grit. Exposing yourself in all that you are doing is also a jumping off point for unprecedented personal growth.

Kevin: “I have let go of the chains my family once had on me. I spent 34-years afraid to be Kevin. I felt terrified to be as loud and gay as I am. I was scared to speak my truth, live in the beauty of who I am, who God made me to be. I suffered a lot of trauma growing up, 2020 put much into perspective for me and a major shift happened in my life. But the biggest area of growth, I’m becoming a dad, what more can one say?!”

Everyone has had to pivot their lifestyle in 2020. Kevin has been thriving in his work. He recently got his real estate license here in California (due to COVID causing everything to shut down). Since documenting his journey into new avenues is now Kevin’s brand, you can see him embark on that path on his YouTube channel.

If you are ever looking for a community, but not finding what you need, consider taking a page out of Kevin’s book: Stop hunting and gather who you need by building something that YOU would want to find. Kevin bravely steps out of his comfort zone every day to examine his journey publicly, we can all use the reminder that building is one of the many answers to the problem of representation.