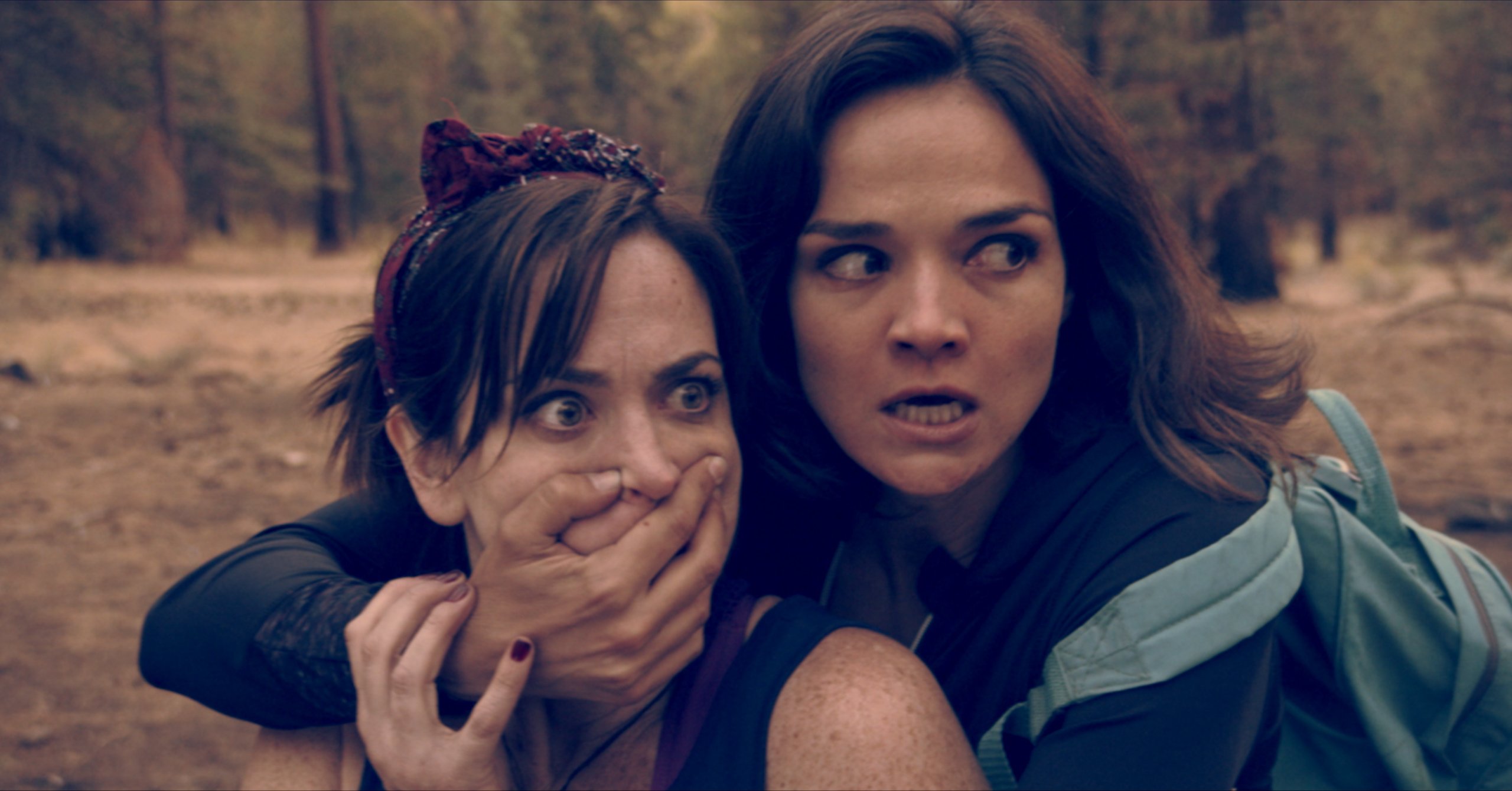 4/20 MASSACRE centers around some pretty amazing women – including actress and producer Vanessa Reynolds.

What are you doing April 20th? If you have a ‘general’ idea based on the date, then you’ll want to check out this instant annual must-watch with your fav group of partiers.

4/20 MASSACRE centers around some pretty amazing women – including actress & producer Vanessa Reynolds (Lead actress in February indie feature release BEFORE THE LIGHTS COME UP available now). I’d love to pretend she’s this fabulous stranger I met for this interview, but that would be misleading – I’m one of Vanessa’s biggest fans. She and I attended the same acting school with the same phenomenal Russian acting teacher and performed many scenes with and for each other, including painful wrestling matches and deeply upsetting acting exercises. I’m a big fan of her Chekhov/Ibsen/Shakespeare/… ‘corseted collection of works’ I like to call them. She is positively vicious in BEFORE THE LIGHTS COME UP. She’s an actress you want to watch. She gives a lot. And now she produced a film that provided a safe and fun working environment for other women looking to get a little bloody.

4/20 MASSACRE follows 5 girls on a camping trip and … you may have an idea what happens next, but this film is truly set apart in its conscious effort to make a great female led film with all the fun and tropes that you want in a film entitled 4/20 MASSACRE. Behind the camera- the Producer, Co-Producer, UPM, AC, Composer, and Hair and Make up were all women too. A femme flock all around.

This past weekend, at a fancy schmancy filmmaker event, Vanessa and Dylan Reynolds shared with me how this film sneaks this deep loving drama surrounding living women into a stoner-slasher. Here is some insider info on this instant cannabis classic:

Jennica: Hello there Vanessa, How did this film come about?

Vanessa: My husband, writer/director/editor of 4/20 MASSACRE, and I were figuring out what our next project would be and we were complaining about the lack of diversity and roles for women. We started leaning towards horror as a genre. I, personally love horror, but I do hate that so many of the roles for women in it are so underwritten and created merely for scenes where we see them topless, covered in blood, and screaming. So, we take a look at a script he had in a drawer and we changed all the lead characters to women, without changing their story lines or development. We set out to make a movie where the audience would care about each of the characters… you know, before we killed them.

Jennica: What was your favorite part of making this film?

Vanessa: That’s easy. Working with all the amazing women! Casting each of the them and watching as the chemistry built when we got everyone together in the forest. We filmed the whole project in 10 days. And if any one of them had shown up unprepared or not ready to work on any given day, we never could have finished it.

Jennica: What do I NEED to know about this cast?

Vanessa: That not only are they incredibly talented and professional, but they can throw down in a serious game of Encore.

Jennica: We need to know about how you handled the stunts!

Vanessa: Our stunt coordinator, James Gregory, worked with everyone and choreographed the whole thing. We had some rehearsals before hand, but being on set is always a little different.

My biggest stunt involved getting shot through my leg and falling while running. We did many takes of it, I didn’t understand why Dylan kept making me do it again and again, but I felt that he wasn’t happy with it. I ended up feeling frustrated as I started back at one and ran and “got shot” and fell onto the crash pad. When he wanted to move on, I was sure he didn’t think we had gotten what he wanted. Amusingly, during editing Dylan came out of his studio and apologized to me for “being so hard on me”…. he used the first take!

Jennica: What steps did you take to break the mold and add gender parity to this genre?

Vanessa: Well, for starters we made all the main characters women, while keeping the classic genre tropes; Stoner, Aggressive Alpha, Party Girl, Love Lorn Nerd, and Final Girl. Then we set out to make a horror movie where you could connect with the characters and want them to succeed, so we made an indie drama that a horror stumbles into. I think as the story progresses and the tone continues to shift, we accomplished that. I’m really proud of it.

Jennica: What other strategies did you use to help support underrepresented groups in media?

Vanessa: Once we changed all the main characters to women, we had a few lesbian relationships. We made a real attempt to not be precious with them and to treat them as if they were just any old relationship. I feel that there are many caricatured depictions of LGBTQ people in film. It was very important to me to show that people are people. We didn’t want to make a show of them, just let the characters be.

Also, we see so many depictions of stoners and weed smokers that show them as comic relief and losers, but I know a lot of people who partake in marijuana that are creative, capable, and good at life. We wanted to show weed, not as a foil or symbol of ineptitude, but as normal a way to chill out as alcohol drinking.

Jennica: What do you think your efforts towards progress added to the Finished product?

Vanessa: The most important thing to me was that every person who worked on our film felt appreciated and important. When you can’t offer all the money that each person is worth, I think that making them feel cared for is paramount. I did my best to create an environment on set and in the office where everyone was heard and accommodated in any way we could. I think it resulted in a family-like atmosphere where everyone worked to their best ability and made some life-long bonds. I think you can really feel the harmony in the finished product.