How To Find Out If You Really Desire An Aggregator 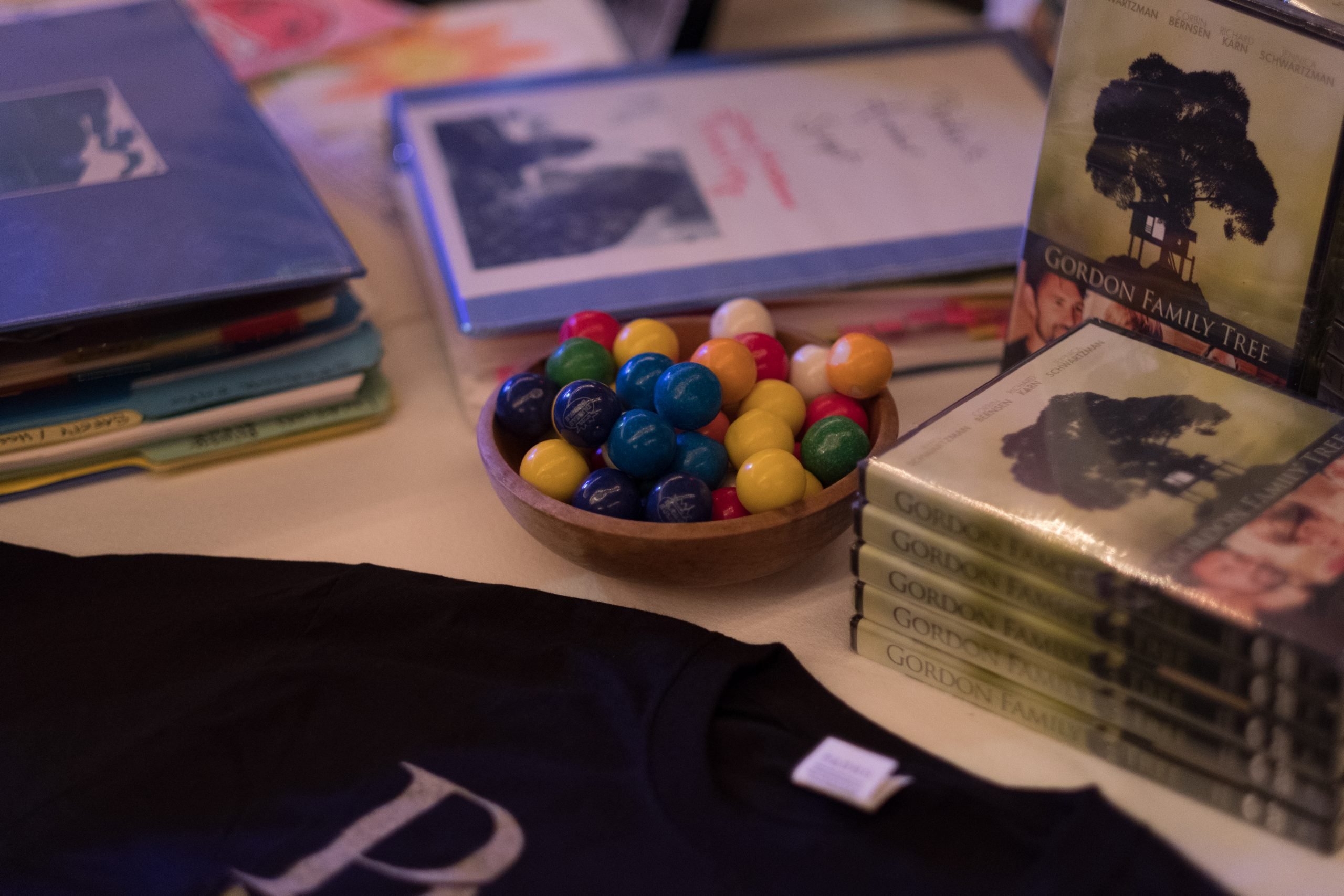 (Originally attributed to MsInTheBiz.com) I have produced over 10 film projects in my first 15 years in Hollywood and I terminated my first distribution agreement recently. I have had many unfortunate distribution events that were easily mended with immediate action, apologies, and intentionally keeping bridges from burning. But sometimes the best course of action is

I have produced over 10 film projects in my first 15 years in Hollywood and I terminated my first distribution agreement recently. I have had many unfortunate distribution events that were easily mended with immediate action, apologies, and intentionally keeping bridges from burning. But sometimes the best course of action is to move on if both parties cannot solve certain types of issues.

My 15-year agreement was cut short to just our 2 years together and I gotta say the most painful part is having my feature PULLED from all of our outlets/platforms. We stand to lose every rate, review, view count, algorithm placement, … and so much more. Sometimes distributors go bankrupt (Articles for context: Indie Dist. Company Distribber Closes Down, and Distribber Bankruptcy) and sometimes we split for other reasons (bad business practices are rampant with indie film distributors, barely any indie filmmakers can afford a lawyer to hold violators accountable, (Article for context: #MyDistributorDidThis ). BUT I know that getting my film back up onto all of our outlets/platforms will just take some research (finding the right aggregator), funds (distributors are typically creditors that lend out anywhere between $2k-$10k -sometimes up to $50k- for all the delivery and manufacturing costs/expenses), time (redelivering deliverables, rebranding artwork, …), and gumption (steeling yourself for the public requests for views/rates/reviews and public humiliation of admitting the distributor wasn’t working for your team and wasn’t a financial success).

Deeper dive “Platform” means: (ie. iTunes, Amazon Prime, Google Play, Hulu, Netflix, cable VOD) are digital destinations where customers watch or buy films. Viewing happens on a variety of devices and some allow for worldwide distribution. Mainly platforms do not deal directly with creators but insist on signing deals with representative companies such as distributors or aggregators. (TheFilmCollaborative.org)

We live in a fast-paced film world. Things change. And we should demand better progress every single year (Article for context: Holding Aggregators and Platforms to a higher standard). As I’ve moved on (happily), I thought you’d like to hear about our next steps…

Interview at Bitmax in Hollywood

Jennica: Hello there, I’m with Jay Friedman from Bitmax! We worked together on one of my titles in 2013 and we’ll be working together on more titles this year including this feature that I JUST pulled from the marketplace.

Deeper dive, “Bitmax.net” offers: Whatever your objective, our Licensing & Fulfillment Solution includes all the necessary steps and approvals required to get your program up and live for viewers to consume. Bitmax is an iTunes Preferred Plus Partner and we enjoy certified status at Google, Vudu, Amazon and most leading platforms across the globe. Our online usage data and royalty processing service means you’ll have access to real-time information to inform pricing and programming decisions….We pay 100% of the revenue generated at Apple, Amazon, Google and Vudu. Side note: Bitmax and other aggregators didn’t choose the term ‘aggregator’ as they are licensing and encoding companies, but the platforms labelled preferred encoding houses as ‘aggregators.’

…I found your company through the distributor Gravitas Ventures with one of my titles a few years back, you came highly recommended. That’s right, distributors go THROUGH YOU to get to platforms, an additional middle-man process I didn’t know we could bypass. I also came to find your team again because Bitmax is a preferred Aggregator for iTunes, Vudu, Google Play, and Amazon. And I need you right now!

…By bypassing a traditional distributor and going straight through an aggregator, seasoned indie filmmakers can assume more control of the process. What else does your team offer that may be a better fit for an indie film team?

Jay: We are working on a windowing strategy and providing that to filmmakers. So, we’re playing around with a period of time, let’s say 90 or 120 days for transactional [Transactional Video On Demand – TVOD] and then we’re able to gauge when to hit AVOD [Advertising based Video On Demand, free for users] and which VOD [Video On Demand] platforms to hit at whatever time and cascade those start dates out to maximize the revenue. And we’re able to delve further into genre. So, if someone wants to release a certain type of genre and they really want to start it in June, we’ll urge them to push the start date for AVOD in September /October, because we can hopefully get promotion from one of the AVOD platforms. And we encourage people to pick a release date. We’re conditioning content makers to think the way that the platforms think, 60 days out or 120 days out, so that it just sounds like a more polished project, so they’re acting as though they’re with a company, and not just an indie filmmaker.

Jennica: Things have changed dramatically in my decade here. I imagine it’s changed for your company as well. Where do you see the future of indie film going in the next 5 years? What big changes do you see happening?

Jay: Five years from now? One year from now in this environment is a long time. I think AVOD [Advertising based Video On Demand, free for users] is going to grow a lot and in certain instances the first desired destination from certain filmmakers [Context: Transactional-TVOD and Subscription-SVOD releases have been traditionally sought first as they have brought in more money per buy/view and limited access compared to Ad based-AVOD].

You can rely on it quarter to quarter. It’s growing. I mean, look, it’s dangerous I don’t know how much anybody can rely on anything. If you take a look at [Prime Video] payouts, over the years they’ve dwindled down and down further. I think that there’s a likelihood it’s going to be the same thing with AVOD. I just think people are going to start watching financial performance in a different way.

Jennica: You’ve been at Bitmax for almost 20 years now. How has your responsibilities/focus evolved as the industry evolves?

Jay: People want things to happen faster. They want more visibility. They want more visibility AND more revenue. And they also have a way bigger expectation for the places that they can go to. There’s a lot of confusion out there, particularly with somewhere like Amazon [Prime Video]. People can do it themselves if they’d like, they’re not able to guarantee a higher quality product because they’re uploading this stuff themselves versus going through us. But they just have higher aspirations for where their content should be bound for.

I remember when if you wanted to get your product seen you had to send something physically, and that there was a cost there and you would hope that someone would look at it. And now people feel entitled to a digital marketplace simply because it’s digital, right? So, you know, it’s just a matter of aligning expectations. Netflix is a perfect example where indie filmmakers were able to get their film onto Netflix fairly easily 5 or so years ago, not at all anymore. With the consolidation of the SVODs and the new ones that are popping up, it’s becoming more like cable and network TV. At least for those places on the transactional side, people still have a wealth of places that they can get onto, there’s still a lot of juice left in Apple, Google, Vudu, and Amazon. That’s why we offer those to filmmakers without taking any of the revenue, because we know how valuable those places still are. And three of them are virtually impossible to get to without an aggregator.

Jennica: What do you wish newer filmmakers knew about the industry and what you do exactly?

Jay: The most successful partnerships that we ever have is when a filmmaker comes and they have an incredible marketing plan already sculpted. It helps us work to get promotion and any of the platforms that they want to go on. We show the platforms: here’s the press, here are the things that filmmakers doing, here’s the P&A .…

Jennica: What does the recent news surrounding Distribber mean for your company and the industry?

Deeper dive “Distribber” is: An distributor/licensor/aggregator that suddenly went bankrupt and dozens to hundreds of filmmakers are left without a way to gather revenue being payed out by the platforms. The filmmakers cannot transfer their accounts from the platforms to themselves because the account holder, Distribber, would need to initiate the change. Someone is collecting money, someone is paying out, but filmmakers are not receiving revenue checks.

Jay: People shop us the same way that they did Distribber, but I think there’s a little bit more skepticism to the whole thing now. The good news for us is that we’re an established company, we’ve been around for over 20 years, we have an office here and we have an office in London. You’re here right now, you can see that we’re real people and we’ve always been about people. So, when a filmmaker comes to us, when they start with us, they’re paired with a coordinator and that coordinator sticks with them from the beginning to the end of the project period. The coordinator has a desk, a phone, and a computer, and it’s scripture that they answer phone calls, answer emails, and that’s what they want to do. It’s not a chatbot, it’s not being offshored. The filmmakers put their blood sweat and tears into making the product. We provide as many automated tools as possible for people to upload the film and all those digital things are great, but at the end of the day we still have to watch the film with eyes on glass for the QC process. And those are people, none of that stuff can be replaced with A.I. or computers, yet.

Jennica: Thank you for opening up and sharing what you do. What’s next?

Jay: We want to have filmmaker meetups. I’ve been with the company over 20 years, highly unusual I know, but as you walk around and you talk to coordinators and other employees, maybe they haven’t been here for 20 years, but there’s a whole bunch of knowledge that gets built up over time. The team that works here is so incredibly strong and all of that is meant to convey confidence to the filmmakers that what they really put their heart and soul into is going to be handled the right way.