How To Watch The Nelms Bros Delightful Holiday Murder-Spree FATMAN 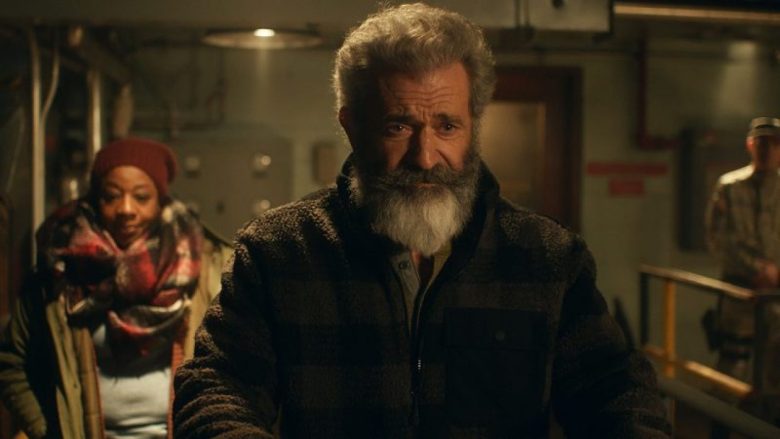 FATMAN, Written and Directed by Eshom and Ian Nelms, In Theaters Now.

I had the pleasure of meeting the Nelms brothers at the 14th Annual Big Bear Lake International Film Festival almost a decade ago representing their film, LOST ON PURPOSE, a heartfelt coming-of-age love letter to their small hometown. I have followed their careers ever since as a steady fan. Having grown up watching their leading man in FATMAN and loving the Nelms brothers’ increasingly action-packed catalogue, springing off of SMALL TOWN CRIME, I knew I’d be interested to see one of the most famous characters of all time through the lens of Eshom and Ian Nelms.

FATMAN centers on a neglected and precocious 12-year-old who hires an unorthodox hitman to kill Santa Claus after receiving a lump of coal in his stocking.

You’ve seen the trailer: There is a wrinkled angry Santa, guns, and a murderous plot. But it’s playful, textured, and a must-see twisted take on the lore of the Cringles.

And let’s put a spotlight on the enchanting Oscar-nominated actress Marianne Jean-Baptiste (Without A Trace, Secrets & Lies, Spy Game) as Ruth Cringle. Classically trained at the Royal Academy of Dramatic Art in London, I’ve been watching her under-appreciated calming maternal presence most of my life and begged to see more of her character in FATMAN. Every time Santa walked into her domain, I found myself wondering what she was knitting, what she was doing, what she was up to. The Nelms brothers had me so delighted in all the fun takes on every aspect of the lore, that I was hoping to get a better glimpse of Ruth.

Skinny Man and resident sociopath, Walton Goggins (Justified, the Hateful Eight, Predators) took us on a wild ride. His every obsessive, heartless, singularly-focused task was riveting. Watching him finally get a chance at the FATMAN is worth the wait. I felt my throat tighten as I watched this more-than-a-hired-gun realize he might actually get his decades-long wish. Somehow, I had come to desire seeing the assassin’s emotional needs be fulfilled. I even found myself rooting for this nasty little rich-snot, Billy, played by the appropriately mature Chance Hurstfield (A Million Little Things). I hoped to see a resolution to his longing for a Father figure.

But on the other hand, I understand why I so strongly connect to Goggins’s character, aside from his absolutely brilliant flourish of madness, it’s because I feel deeply betrayed by this movie’s Santa. Mel Gibson (Braveheart, Lethal Weapon, Ransom, Conspiracy Theory, and every damn movie I loved growing up…) brings an irredeemable energy that is addressed head on thematically, that Santa needs to be pro-active in turning this all around. And I believe this weathered old Santa through the pain he attributes to his own folly. Variety points out that his target audiences are loyal and unmoved by the nature of his generation, but using his draw to bolster rising artists, under appreciated performers, and disgraced characters is a path forward.

The Nelms brothers have repeatedly delivered fun-to-watch characters, great relationships, laugh-out-loud dialogue, and breathtaking scenery. The pacing, tone, and shoot-outs are stellar. I really relished the production design and atmosphere throughout. And they make it all look like fun.

I was on the edge of my couch (wrapped in many blankets) while I watched gunfire rip through a dark workshop hoping no elf would be harmed in the making of this movie, genuinely concerned about how it was all going to end. I was satisfied in the emotional roller coaster of Goggins’ journey, but less satisfied with the overall conflict regarding Santa’s workshop’s future financial security, but I didn’t actually care, my mind was elsewhere in all of the fun.

Here’s what you’ll need for the best viewing experience: A blanket, Christmas cookies, milk, something stronger to keep you warm, and absolutely no children.

More on writers/directors Eshom and Ian Nelms (from NelmsBros.com):

The Nelms Brothers have written and directed numerous award-winning and critically- acclaimed films. With each of their endeavors completely different from the last, the Nelms Brothers are known for their unique ability to traverse from one genre to another, seamlessly and successfully, from drama to comedy to thrillers. Their film, LOST ON PURPOSE (2013), was a heartfelt coming-of-age love letter to their small hometown. From there, the siblings wrote and directed WAFFLE STREET (2015), a comedic turn based on an autobiographical memoir about a billion dollar hedge-fund manager turned waffle house server. Their film, SMALL TOWN CRIME (2018) is a crime thriller that premiered at SXSW and BFI London Film Festival, and received positive reviews by top critics upon its theatrical release.

Recently, the brothers wrote a script based on the life of Carol Burnett for Focus Features called CARRIE AND ME, they executive produced an independent TV comedy series (8 episodes, for a full Season 1) called “Everyone is Doing Great,”and they are developing a sci-fi series with Octavia Spencer. Their film, FATMAN (2020), released in theaters on November 13th and will be released on VOD on November 17th. by Saban Films.