I COMPLETELY Agree With Filmmaker Justin McAleece, “I didn’t feel like Hollywood was good at making movies… for people like me” 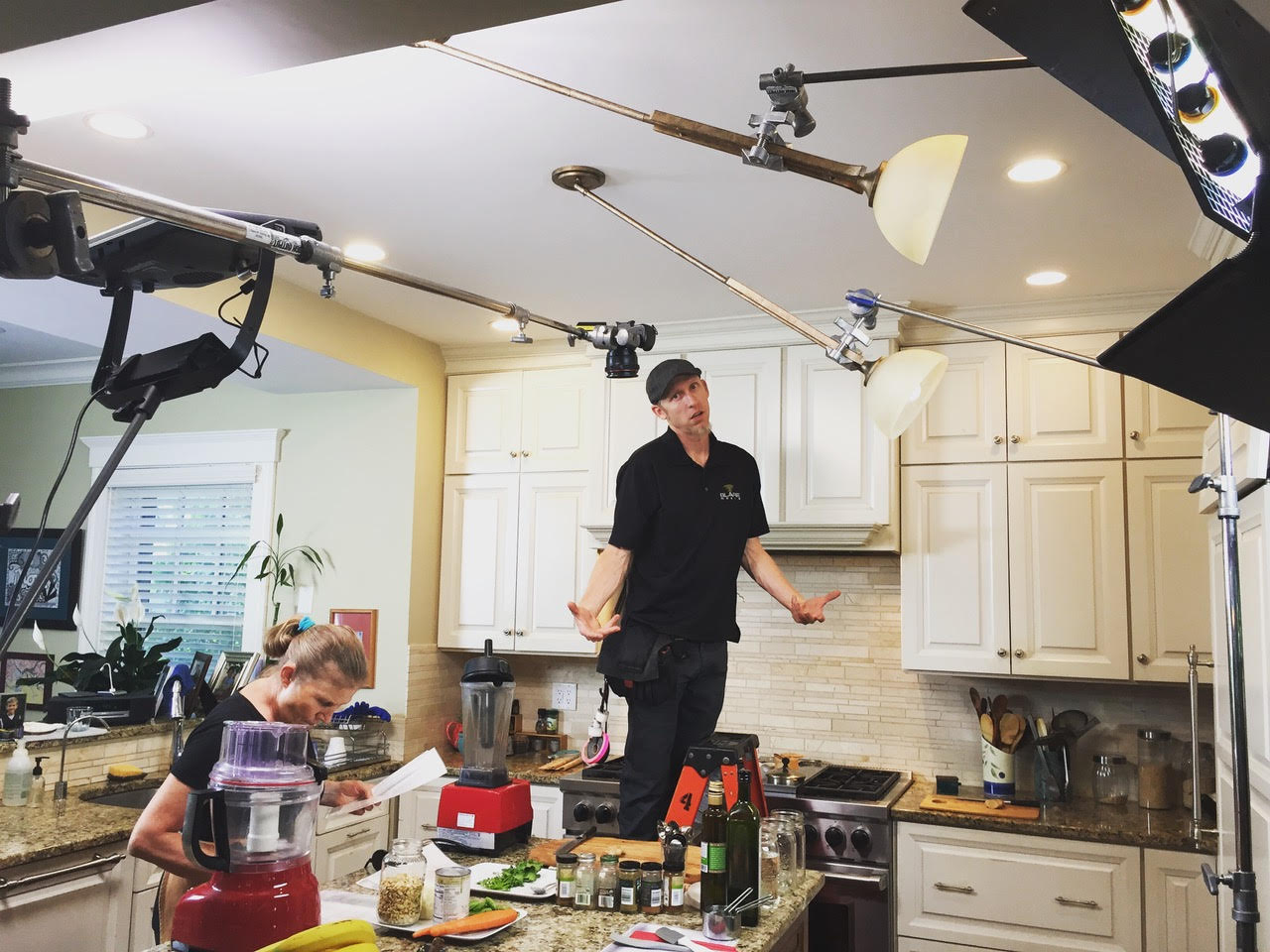 An Interview with Filmmaker Justin McAleece.

I had the opportunity to sit down with a respected colleague and long time friend and ask him a few questions about his movie BETTER releasing tomorrow (Pre-Order Now).

When you started making films, who or what do you think was the biggest influence on how you work today?

Filmmaker Justin McAleece: “My biggest reason for getting into filmmaking is that I didn’t feel like Hollywood was good at making movies, specifically comedies, for people like me. I thought they were too broad, and slapsticky and that they didn’t think much of their audience. I wanted to make things that would make me and my friends laugh. I like acerbic, smart ass humor and that’s often in short supply in traditional cineplex fare.
At the same time, I thought that unbiased documentaries could provide the world with incredibly dense information in a relevant manner and actually lead to real change. I hoped I could get into the business and make both types of projects and hopefully tell stories that only I could tell in only that way that I could tell them.”

Filmmaker Justin McAleece: “Thank you! David Fincher is quoted as saying something to the effect of “A director’s most important responsibility is to decide when and how to give out information.” So in essence, all filmmaking and all storytelling is that process at its core. Jokes are that way as well. Every bit of information has to be in the right order and with the correct emphasis, and timed impeccably or else it won’t work. I think documentaries share a similar requirement. A filmmaker must balance broad concepts with minute details, emotional resonance with ‘boring’ facts and a well-told storyline with a respect for the flow of all those elements. It’s a tough job to get all that right, and as a filmmaker one can never get it perfect and that’s part of the challenge.”

Is this your first documentary? Why did you choose this subject?

Filmmaker Justin McAleece: “This is my first full-length doc as a writer/director/editor. I have been the cinematographer on other documentaries that have done pretty well, and in some senses, the majority of my work is “mini-docs.”  I chose this subject because it was important to me to be able to tackle something vitally important and accessible and with a clear goal in mind. I’m simply too busy currently to work on something that I would spend years on that may or may not materialize. I knew Jonathan Bailor because we already had a working relationship and I knew that we would be able to tell a compelling story about human emotion with a mountain of scientific data to offer solutions.”

While working on this project, who were your champions and contributors? And how did you choose them? What did they bring to the project?

Filmmaker Justin McAleece: “Jonathan was instrumental in gathering the Diabesity Heroes who had been on the SANE diet and had experienced a profound change on their journeys to a healthier body. He also had relationships with some brilliant Harvard doctors that were able to routinely blow our minds with landmark science and breakthrough data. I also gathered a number of interviews from where we are based in Fresno, CA including my mom and many others. We were able to combine all those stories of profound life-altering sentiment into a narrative that echoed some of Jonathan’s own life history. My mother’s long standing battle with her weight and diet also played a large part in keeping me searching for answers and the best way to tell the story.”

What do you want audiences to take away from this experience? And what is the best way for them to watch it?

Filmmaker Justin McAleece: “I want nothing more than for people to walk away with a better understanding of how food actually works and how to enjoy a life that is concretely BETTER. I want them to truly embrace how to Eat, Think, and Live Better. I think we’ve created a blueprint for this with this movie and we certainly started with that goal in mind and used it as our guiding light. When someone asks a viewer “What is a healthy food?” I want them to be able to respond with authority and clarity. I think it can change the world.

What are you working on next??

Filmmaker Justin McAleece: “I’m traveling the world for an episodic project by Marcia Kimpton called AN AMERICAN ABROAD. We’re playing it safe and I’m all vaxxed up so I think it’s going to be a really fun ride.”