I Was Born a Miracle 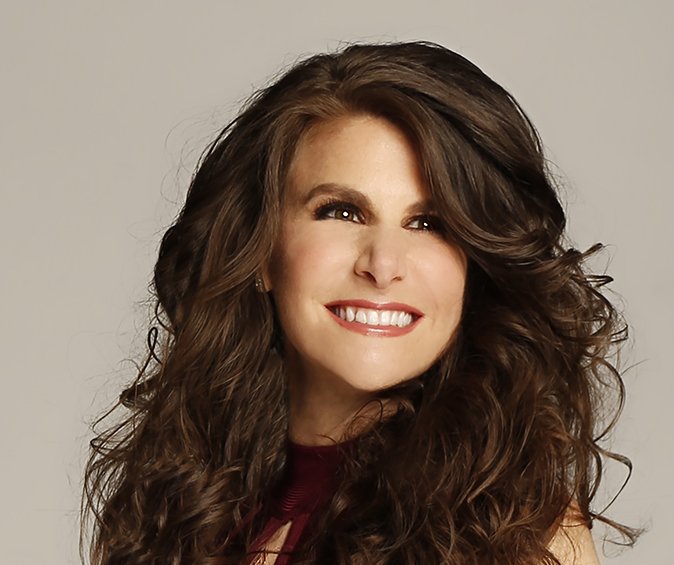 I am referred to as a “rainbow baby” which is a baby born after its mother has miscarried or has lost a child. My mother Barbara, special needs assistant at a middle school, and my father Tom, a high school teacher in Philadelphia, had lost Baby Tommy two years before. They would tell me “Baby Tommy

I am referred to as a “rainbow baby” which is a baby born after its mother has miscarried or has lost a child. My mother Barbara, special needs assistant at a middle school, and my father Tom, a high school teacher in Philadelphia, had lost Baby Tommy two years before. They would tell me “Baby Tommy went into the hospital on Monday and was gone by Thursday.” I am, and will always be, that tiny ball of light that would continue to shine.

Baby Tommy, fourteen months old, passed away from what we now know is REI Syndrome. My mother suffered two dramatic miscarriages after Baby Tommy’s death, but somehow, I pulled through. I was loved for two children. The one they had lost and the one who survived.

I was a celebration every time I entered a room. I knew my job: making people happy. Later, my father, would tell me to “take your good time with you for no one else can provide it.” That lesson would become essential for family, friends, relationships, assistants, interns, orchestras that I would conduct, colleagues, and most all navigating the high and lows of Hollywood as one of 3 female film/TV composers when I began my career.

It was 1972 and my mother was, what they called a “women’s libber” because she believed in equality for men and women. My father must have been a “women’s libber” too because he would help organized trips to Washington D.C, for peaceful protests. In 2nd grade, the lovely Miss Mengenie, had her 37 students sit in a giant circle and say what they wanted to be when they grew up. All the boys said “rich” except two Irish boys who wanted to be firemen like their dads. Every girl in the circle gushed “a mommy.” Then it was my turn. I stood up and said “Leonard Bernstein!” The entire class erupted into loud laughter and ridiculed me as Miss Mengenie tried to quiet them down. I simply went to the door, opened it and walked home angry. When I arrived home my mother was feeding my little brother Seth. She asked me why I was I not in school and I told her what had happened. Her reaction was not what I expected. She was thrilled that I had stood up for myself, told my truth, and did not care what others thought and why not Leonard Bernstein?  She happily called the school and told them I was home and by the way, “Megan Cavallari can be whomever she wants to be when she grows up.” Then she made me a sandwich.

My mother insisted all 3 children play an instrument and play on a sports team.  In 3rd grade I had played the French Horn but could never keep it in tune. I was told by Mr. Salvador Salentino, Springfield’s top music teacher, to “give up the French Horn because you have no musical talent whatsoever.” He did not realize he was insulting the miracle baby as my mother would correct him “You have no right to speak to her like that. Megan has a lot of musical ability. She sings all day.” After composing music for over 50 television shows, films and fourteen produced musicals, I can safely say Mr. Salentino got it wrong.

One day a beautiful upright grand piano was delivered to our house. It was a gift from my wonderful grandmother, who spent $100 which was a lot for her. I loved that out of tune broken piano. It was placed in the living corner away from everyone else and that corner became my sanctuary. Life was glorious.

My father was a fan of great movies. He nicknamed me “Sam” (from Casablanca) because I kept playing the same phrase over and over. My process to compose is re-writing and re-playing parts over and over again until it is perfect. Although he is gone I can still year his cheerful voice exclaiming “Play it Again Sam. Play it again”. I still am.

Today I ask myself “Enough of what?” I can remember it because it has a wonderful melody. I am a composer who loves to hear and write what the industry calls “ear worms” or music that you cannot get out of your head. Sometimes that is great and sometimes it is not. My first song “Enough is Enough”, was not a heart on your sleeve song but a giant bolder on your back. I used to cry when I sang it. Could it have been about Matt Hines? A gorgeous Irish boy whom I was “in love with.” Naturally shy we had three or four conversations that may have lasted two minutes.

My mother and grandmother, took me to see my first live musical production which was at The Swarthmore Players Club’s version “My Fair Lady.” It was love at first note. I was mesmerized like never before. It had everything: great story with a message about class differences, and themes of love, hope and courage. The melodies set the bar of what I wanted to write. Most of all, it took me on a journey through time, place and characters. Now I had to be Leonard Bernstein.

When we  returned home, I went to the old-new piano and played all songs from the show by ear and sang them.  “Don’t you think it is time to get her lessons Barb?” my grandmother asked.

My mother found Mrs. Forrest a kind and gentle piano teacher who taught my brother Seth and me how to play piano and fingering techniques. Mrs. Forrest would offer to give my brother Seth lessons for free because he was “incredibly talented” and full of potential. “What about Megan?” my mother asked. Mrs. Forrest paused “Well, Megan starts out really well but by page three I think she is bored, so she begins making up music based on Bach, Bartok, and Beethoven. I don’t stop her because it’s so fascinating and none of my students have ever done that before. Megan is either lazy or a genius.”

“None of my children are lazy” my mom sharply corrected her as we left to find a new teacher.

I learned, at an early age, that I was a connector and composing was the ultimate connection. To work at the optimal level, I had to learn to compose original, authentic music in every style, while staying on course, and most importantly: make the jump to “light speed” on any given day.

Every Saturday I would take theatre classes at the Young People’s Theatre Workshop, or YPTW, which was stationed at the Swarthmore Players Club. It was a home away from home and in the next town over. At the age of 15, I was asked by Donna Peck, the head of the YPTW, to compose the spring musical “The Emperor’s New Clothes”. I had composed underscore for plays before but never a musical. I had a new assignment which was always exciting and terrifying at the same time. I will learn later that this “art of unknowing” goes with the job. I went to write the music and lyrics for “The Emperor’s New Clothes” with all of those feelings unaware these were part of the process. I wrote and rewrote the songs endlessly. I enlisted my brother Seth and sister Renie to sing different parts whenever there was 3-part harmony. I had to know if everything was working perfectly. Then I recorded all of the songs onto a cassette tape and gave it to Donna Peck.

A few weeks later I was invited to Donna’s house in Swarthmore. To my amazement all of my teachers from YPTW were there but not sitting together.  Donna asked me to introduce the song, tell the audience about it, and preform it. I poured my heart out as I sang. It ended with wild applause from the left side of the room, where Donna was sitting, and complete silence from the right. Donna, after complimenting me, turned to the other half of the room and said “That’s it! Megan is composing our spring musical!” The adults on the right side of the room began to murmur and then started to argue loudly, as the left argued back. Then the yelling began: “What? You must be crazy,” “She cannot,” “Megan is not talented enough!” “We depend on the spring musical money to fund the programs for the entire year,” “She’s only 15 years old for God sakes,” “She is too immature.” The other side argued back in my favor.  I wondered why ½ of my teachers I loved kept saying, “Megan is incapable of doing this.” I was not emotional during this time or after. I am not attached to drama unless it is on screen or in a theatre. Donna, turn to me and asked, “Megan, can you write the music and lyrics for this show?” There was no hesitation on my part “Of course I can.”  Didn’t they know about my Bernstein plan? Donna turned to everyone and said “We are going with Megan” as she handed me a check for $75 teaching me one of the greatest lessons I had to learn: Some people would love my music and pay me, and some people are not my people.

The “Emperor’s New Clothes” was a success and most importantly I met my mentor Dr. Alfred Blatter, who would change my life forever. His wife Marilyn would teach piano, solfege (eye training technique), and voice and then Al would teach me everything about music. Alfred Batter is a humble man, he never mentioned he was one of the great college music professors, (at the Curtis Institute of Music), or that he wrote the several best-selling books on “Orchestration and Instrumentation” used at a great number of universities all over the world, he worked along Harry Partch creating new instruments for a truly modern orchestra. And he was a composer as well.

Al has been to every musical opening I have written. Watched every television show and feature film score I have written. He still gives me helpful suggestions when he sees or hears something of mine. He was my first true music instructor. I had a deep thirst for music knowledge from composition, orchestration, music theory, music history to musicals, opera, symphonies, and great composers. He knew the answers and was as enthusiastic about music as I was. He gave me private lessons every Sunday while still in High School and arranged for me to sit in on University of Pennsylvania graduate classes taught by the legendary composer George Crumb because I love George’s work. I think a lot about Al’s generous spirit. He only charged my mother $20. I would stay most of the day. I had found “my people.”