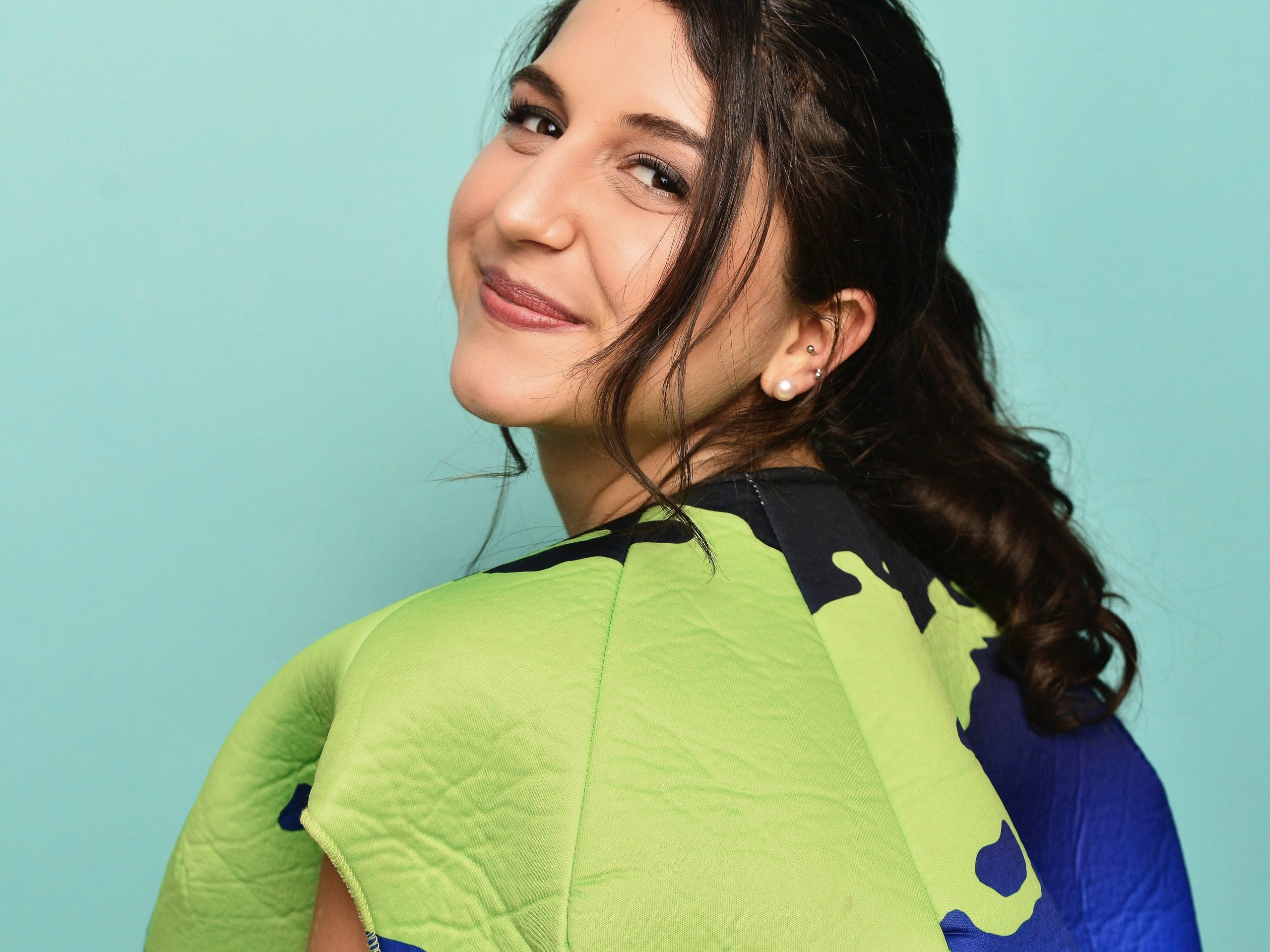 Home-birthed in an NYC apartment, never having eaten meat in her life, and singing “Somewhere Over the Rainbow” in her mother’s womb, Jade Zaroff trademarked “Impact Artist” with the intention of being just that. Jade is a life coach, singer, voiceover/on-camera actress, producer, entrepreneur, and young change-maker, whose passion and purpose is to leverage entertainment

Home-birthed in an NYC apartment, never having eaten meat in her life, and singing “Somewhere Over the Rainbow” in her mother’s womb, Jade Zaroff trademarked “Impact Artist” with the intention of being just that. Jade is a life coach, singer, voiceover/on-camera actress, producer, entrepreneur, and young change-maker, whose passion and purpose is to leverage entertainment and art as a vehicle for impacting individuals, so that they can impact the world. Jade is a proud graduate of Emerson College: BA in Acting, minor in Entrepreneurship. Jade is currently producing and acting in an environmentally-driven comedic web series (Winner of Top Shorts, LAFA, DMOFF, Vegas Film Awards, and more) called Jade & Jaded (@jadeandjaded), and is a leader in inspiring others to use their talents for positive change through her nonprofit organization called Entertainment for Change (@entertainmentforchange). She is a huge advocate for the United Nations’ 17 Sustainable Development Goals (SDGs) — Jade was a panelist at the United Nations Media for Social Impact Conference in 2019, has won the Broadway Green Captain Prize via the BGA, and has been featured as a young leader in other publications such as Real Leaders Magazine and Green Living Magazine.
Additionally, Jade is a certified life coach via Jay Shetty’s Certification School, is a singer with music released on all platforms (Spotify, iTunes, etc), consistently leads/records meditations, is a certified Reiki 1 Practitioner, has recorded the voice-over for her mother’s audiobook called “EcoRenaissance” (published by Simon & Schuster), and is a trained on-air backup guest for the Farm to Home sustainable fashion brands exclusive on QVC.
@jadezaroff / JadeZaroff.com

How did you come up with the concept behind Jade & Jaded?

I was nannying a 13-year-old about four years ago who was OBSESSED with vloggers. She was watching makeup tutorials religiously, and I found that the products that were being used weren’t necessarily the healthiest choices for her overall well-being. This need to look beautiful and borderline perfect was something I had empathized with being a young woman myself, but the unhealthy nature of having no sense of self outside of how people perceive you on the internet is becoming more and more “normal” for younger generations every day. I was raised with a “conscious lifestyle” that prioritized my mind, body, and spirit — and while I was/am nowhere near perfect, I see the value of integrating daily practices that include mindfulness, sustainability, and healthy living. Thus, Jade & Jaded was born with the intention to NOT become a literal vlogger myself, but rather tell a story of two girls trying to “make it” as health & wellness vloggers. The show took place in my actual apartment, eating my actual food, and meditating in front of my actual Buddha… so authenticity was at the forefront of pursuing this concept.

You’ve described the show as “empowering the next generation of impact artists.” What do you mean by that?

I grew up genuinely believing in the power of art and entertainment to change the world. My whole life as an artist, I always was seeking ways for my work to make a positive impact. In college, I founded a nonprofit organization called Entertainment for Change — where the mission is to now educate, empower, and co-create with the next generation of Impact Artists. What is an Impact Artist? I get why you’re asking… because I totally made it up. An Impact ArtistTM is a human being with the intention to make an impact by utilizing their creativity and artistic expression to amplify the United Nations’ 17 Sustainable Development Goals (SDGs). In pursuing a platform dedicated to cultivating and leading this community, I find it incredibly important to do the same with my own personal passion projects. Jade & Jaded is my way of BEING an Impact Artist. Having produced and acted in a story and message that I whole- heatedly believe in, aligning to Goal #13: Climate Action, I feel that I am able to communicate to youth even that much more authentically when I’m doing the work myself. Thus, the show is directly empowering the next generation of Impact Artists not only by being a relatable and fun way of educating viewers about environmental awareness, but allowing myself to step into a position where I can truly inspire others to do the same.

The tagline is a “carbon-free comedy.” Are you blending humor with talk about healthy living?

Who doesn’t love some nice alliteration in a tag line? Yes, we are blending humor with healthy living! Sarah is the brilliant mind behind that slogan. We are for sure using comedy and a relatable/approachable story as our vehicle for mental health and environmental activism. I feel that often the climate movement can be immediately overwhelming for people to wrap their heads around, putting them in a position to feel stuck and lost. And how are you supposed to do ANYTHING when in a state of disbelief and/or disempowerment. Growing up, humor and comedy became an entry point for life to be manageable. I was able to actually take action on the simplest things because I didn’t take them too seriously. I don’t believe we should take climate change lightly, however it won’t help our motivation if we’re constantly in a state of stress. Especially for young people.

Can you tell the story about why you were you asked to leave the last open mic in New York?

Oof, we got kicked out of pretty much every bar in New York City. Rough night to save the planet. It was late at that point in the story during the pilot, and Jade was at her breaking point… which is rare! She was quite offended by the audience’s lack of care for the planet. So she naturally started a riot. (Hence the scream and grabbing for the nearest chair) True peace apparently takes longer than she thought. But at least the passion was real.

Tell us about your hopes and inspirations for the show.

I really would love for the show to gain as much exposure as possible. Sarah and I have talked about ideas for Season 2, with the hope that we’d have a budget to pursue the vision. We actually did our first season with zero budget, fully out of pocket! While I personally learned a lot, I’d like to go into the next chapter of Jade & Jaded alongside a production company that could fund either a 30min pilot episode, or another Season to be distributed on a larger platform. Ideally to be picked up by a television network would be the dream! Sarah and I bonded throughout this process both personally and professionally, and I gained a skill set I wouldn’t have received if we hadn’t gone on this journey. I genuinely hope viewers are inspired to pursue even one small action towards positive change, as well as fully embrace their uniqueness and unapologetically be themselves. Bringing this project to life was really inspired by a sincere sense of curiosity, passion, love of comedy/the planet… and Broad City + iCarly.