Is The Pandemic Bringing Back Old Fashioned Busking? 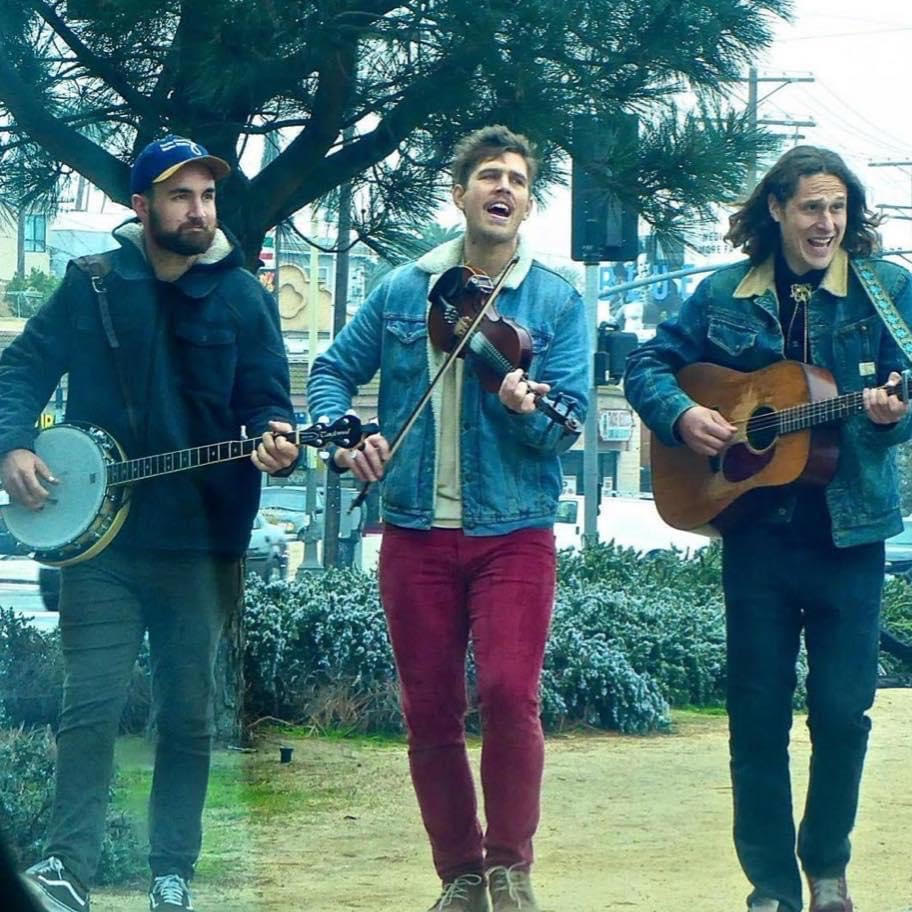 Who Is That Playing Music On The Northbound 5 Freeway Los Feliz Exit into Hollywood?

I frequent a few essential spots in LA throughout my week and one particular freeway exit ramp always has a presence- either a person in need, a musician, or a group. This past week as I was exiting the freeway, I heard fantastic spirit lifting music and so I rolled down my window all the way, put on my mask, and yelled to them that I wanted their contact info right away. Tommy Drinkard (now known as Tommy Fingers after being dubbed that by an online fan) yelled his instagram handle to me just as I pulled away. Once I got home, I pulled up their music and let it play all day.

Tommy Fingers is a multi-instrumentalist and singer /songwriter. He plays guitar, banjo, and lapsteel/dobro. Tommy Fingers has been writing and releasing songs with various projects over the years. After enjoying his music for a few days, I caught up with him online to ask the question that I couldn’t get out of my mind: What were you doing on the 5 Freeway Los Feliz exit into Hollywood?

Tommy Fingers: “I was busking with my friend Joey Berglund also known as Bar Jay Bar. Along with our friend Kenny Feinstein of Water Tower Band, we busk about 20-40 hours a week on freeway off ramps as a way to practice and make extra money as musicians. We also meet a lot of cool people like yourself along the way!”

Busking (an old English term) or Street Performing is when an artist or performer offers their talents on the streets for the generosity of foot traffic (and in this case, automotive traffic) to tip them (or provide gratuities of any kind) for the value the artist brings to their day. There are tourist traps filled with street performers all over sunny LA, but a good old fashioned freeway exit or Dodger Stadium COVID testing line is the perfect opportunity to turn a passerby’s day around from drab to magical in an instant. When you least expect live music in the darkest of times, that’s when it has the power to turn everything around. Music is magic. And I could not pass by this team without pointing out to them my gratitude even if I didn’t have change to spare.

Artists need an outlet and they are no longer afforded the venues to spread their art, their joy, and their practice. Musicianship is a lifestyle and I’m glad they aren’t keeping it just for themselves in their living rooms. I’m happy to be afforded a glimpse of live music as I go about essential works in the world.

Tommy Fingers: “Before COVID we were playing at some restaurants around town, as well as doing mini tours and full length tours at other smaller venues across the country.
Now the only places we play are on the side of the road, Echo Park on Sundays, as well as streaming online.
When I say we, I am mainly referring to me, Kenny, and Joey and our various projects. Kenny started his band in Water Tower 15 years ago and has been busking the longest. He has had a long career as a multi-instrumentalist in the folk and Americana music scenes.  I have my own projects Tommy Fingers, Dre Drinkard. And Joey has Bar Jay Bar, and a duo project named Baxter Elkins.
We are kind of a music collective and share a mutual fan base online. We also play in each other’s projects and do studio work for some artists such as Mondo Cozmo, Jonny West, Mike Herrera, and more. We also stream our live music online Just about every day.”