Is Your Independent Film a Patronage, a Business, a Community Art Project, or a Cult? 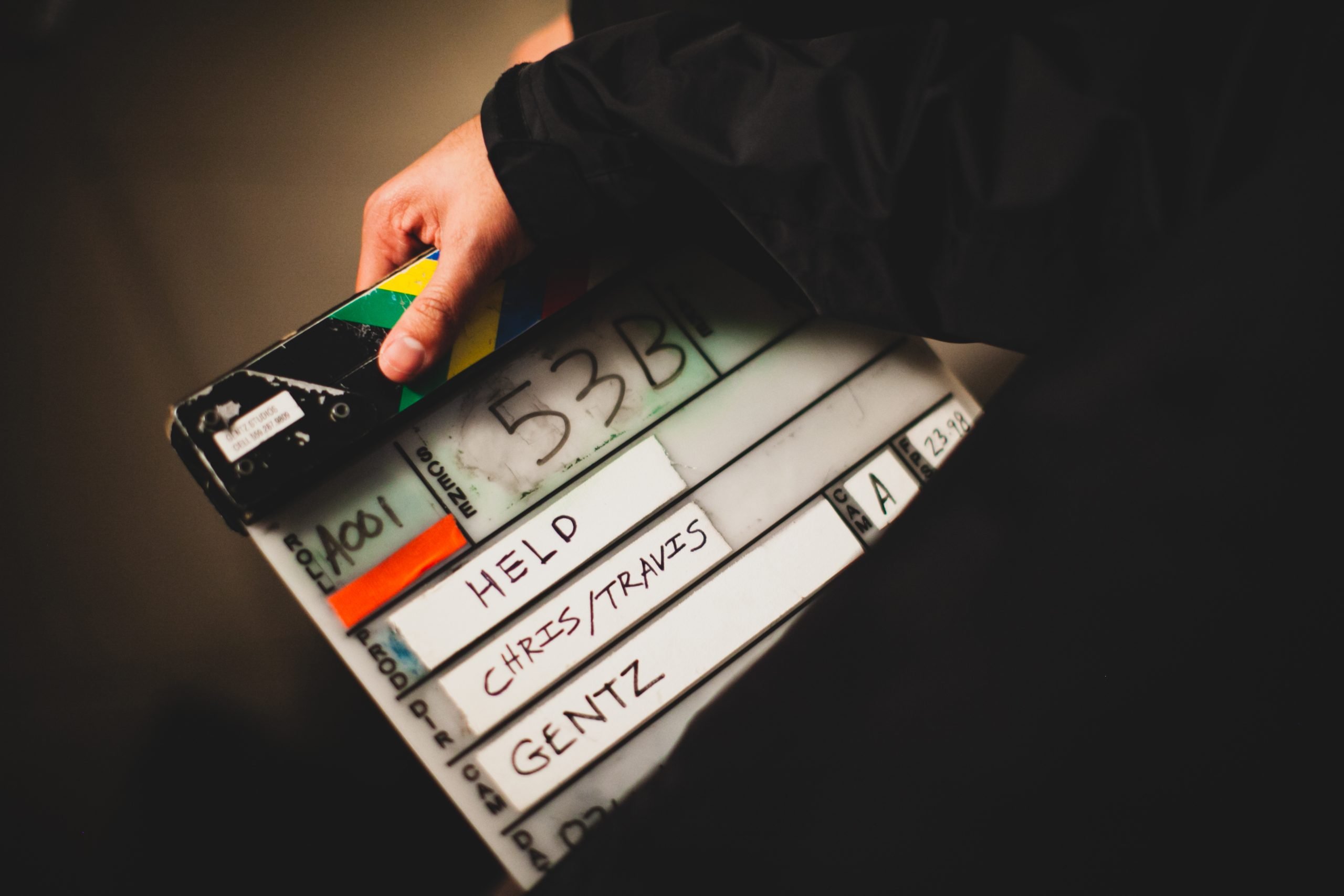 It’s not as easy as you may think.

There are many types of films. According to Statista.com, between 300-900 movies are released in the United States every year. According to StephenFollows.com (usually UK stats) in their piece about film releases “How many films are released each year?,” it seems that thousands more are produced and of the 300-900 releases, it looks like way over 70% are indie releases.

The first thing to note is that there is no one simple answer.  Firstly, we need to consider that each country will have its own unique market for movies and so the number of films released in the UK will differ from that of the US.  Secondly, there is no one company or body which possesses every piece of data required to report a completely accurate figure.  Each company involved in collecting movie data will have its own methods, criteria and biases. Finally, the biggest films are intensively studied, but smaller, independent films can be overlooked, especially if they are released in a small number of cinemas and for a short space of time.

Of those 300-900 releases, how many of those were independent films? I’m going to refer to the number as roughly 800. Roughly 800 indie films produced in the US on average over the last 5 years. Even if this number is waaaay off, it’s the best we got for now.

What is the difference between those 800 indie -100 studio movies?

Tim Tortora breaks down the difference between studio and independent films in his piece “The Differences Between an Independent Film and a Studio-Backed Film” – and, no, it’s not just who bankrolls it, there are more considerations behind the differences:

In Hollywood, there are two distinct types of films: Studio films, which are made by the big movie studios, and indie films, which are made outside the studio system by independent production companies. Working on one or the other is a vastly different experience, no matter what role you play in the film industry (crew, creative, investor, etc.)

…Studios don’t have to run around town begging for cash, but they have an elaborate internal process to decide if they’ll make a project and how much they’ll spend (more on this in a moment)

He goes on to describe the difference between budgets, process, creatives, and crew. These are all great ways to tell them apart, but I would break is down simply to:

LA based filmmaker Noam Kroll accounts in “The Paradox of Making a “Profitable” Indie Film” that:

Statistically speaking, the picture is quite bleak – 97% of independent feature films fail to turn a profit.

Most filmmakers assume they will be in the lucky 3%, not realizing that turning a real profit with a low/micro-budget film is practically unheard of.

And many people in your life might consider your indie filmmaking career to be unsuccessful since you failed to make money. But that is not a barometer for success. Not at all. It’s insulting to break down the entire film industry – the arts and sciences of it all – to a capitalist ideal. Film is a business, yes. But film is an art, too! And film is culture shaping, king-making, joy-bringing, educational, and inspirational. Film is more than a product AND filmmaking is more than a business plan.

But what is your indie film?

Your film might be a patronage: Private or public financial (or other) backing for academic, artistic, or culturally important reasons. Your film may be a patronage because it is not a business. The way to make a film based on patronage is to present your film to potential partners with the intent of convincing them of the importance of the work or the artist or the process to exist in the world. If someone/ people/ businesses/ or governing body agrees – your work is backed to be greenlit! Go make it as stylistic as possible!

Your film might be a business: Private equity (most likely) investor(s) scrutinize your business plan to bankroll the film with the idea that either the film will be a successful investment or a tax loss. You will have likely presented a business plan and consulted with a lawyer and CPA to verify the legal and tax considerations to pull off a K-1 investment for yourself or another person(s). There are PLENTY of easy-to-spot movie businesses – studios, geezer teasers, tax-shelter-the-movie (using federal IRS codes and state incentives to make the best deal for success or loss), many types of propaganda religious movies, and all of broadcast Television. If your business plan works and its legal and you find a person to support your team with capital, you are still at the whim of the market (see: COVID fluctuations), but you have a risk-averse plan and earmarked the marketing spend right off the bat! Make the biggest splash and be sure your film fulfills it’s genre promises to audiences!

Your film may be a community project: I have made many of these. It is a flux type of sponsorship, community effort, crowd-support, and artists/ engineers donating their time to a cause. These types of films may be connected to a 501(c)(3) organization, which are formed for religious, charitable, scientific, literary, or educational purposes and are eligible for federal and state tax exemptions. Go structure this movie to support the community, think outside of the box, make the rules for the people and of the people!

The best part of a community project is having complete ownership and control by a governing group of people – anything goes! It can be super fun to do things this way, but you’ll still need professionals making the actual film who have a background in the business model of filmmaking so that distribution and final output is possible. These projects fall apart easily – so easily that I would guess that an additional 1,000 films are produced on this model every year but never make it to release.

I became a producer because of this. I was acting in movie after movie and eventually I was one of the leading characters on a really fun family film in Bakersfield and I approached the producing team to discuss distribution – they hadn’t gotten to that part of the plan yet, so I eventually came on board as an associate producer, shopped that to a dozen distributors, was present for negotiations for the producing team, and helped them finalize their distribution plan. That’s how I transitioned from acting in projects no one ever saw to acting in the 7+ DVDs on my shelf. all in a decade, I turned around my acting career by becoming involved in producing! But let’s keep going…

Your film may be a cult: Does your team have an obvious leader who rallies the team to work for free (not always bad, but stay with me here)? Does that leader have charisma? Does that leader have a few projects they get together but never finish? Does that leader have individual meetings with every team member to explain, convince, and maybe even guilt them into being involved for “just 6 days, it’s only 6 days!”? Does your team lose out on money by paying for things for the film without warning? Does your team end up losing more than they gain from the experience, but keep coming back because they think that’s the ONLY way to be involved in film?? If one of the team members decides to make their own movies without the original leader, will there be backlash, blacklisting, rumors, and sabotage?

If you said yes to many of these items (not just 1 or 2), then you need to stop or leave this group. This is not a patronage, business model, community organized project, or even a healthy place to make movies. This isn’t a safe space and the politics of breaking free may be uncomfortable, but I encourage you to speak up carefully and create a new path for filmmaking in your area.

What do you do now?

Decide what type of filmmaker you are and what types of films you make – it’s ok to do different kinds of films at different times in your life. These are not linear choices, these are not better or worse than others (except for the cult, belonging is not worth what it takes to belong there). Each film may have a different label. Run with it!

Once you KNOW which film you are making, then lean into it. Make the best business model with the smartest genre (action/adventure, comedy, thriller/Horrors are the most profitable). Make sure your community project isn’t structured for business, break up ownership and change the model to fit your community. Make sure your patronage takes the biggest risks, no need to be safe if you are not a business model, go make the art the artsiest art that ever art-ed. And dismantle the cult.