It’s Not Too Late To Start THE QUEEN’S GAMBIT, Move It To The Top Of Your List, It’s Not A Fad 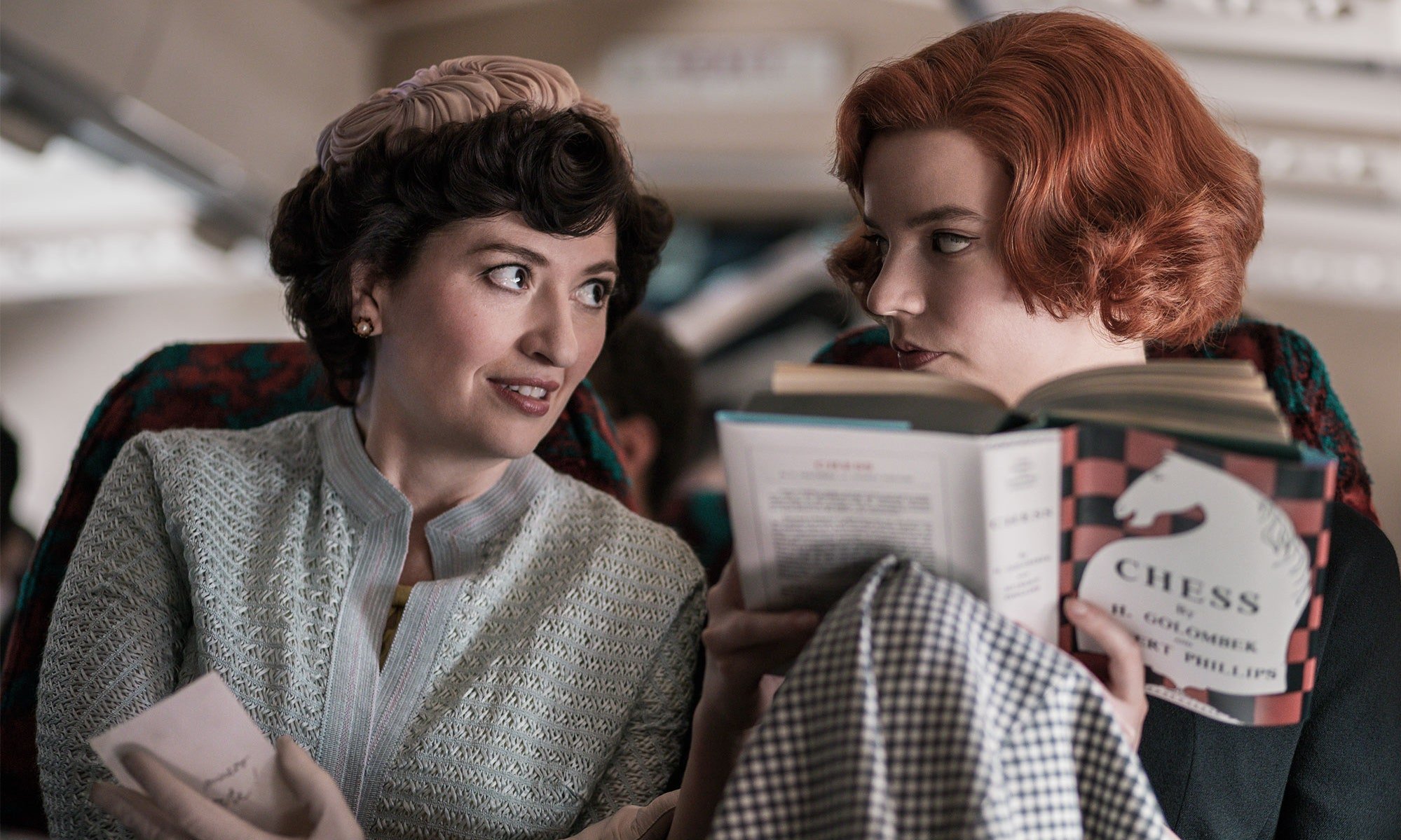 THE QUEEN’S GAMBIT follows chess prodigy Beth Harmon’s life from her childhood in an orphanage through her struggles with drug and alcohol addiction to her triumphant rise through the Grandmaster ranks. This article does not have plot spoiler’s, but DOES tell you the general feeling of the end of the show. Just watch the show. BUT if you are on the edge and not sure, then read this article to be sure that this is the show for you. Because it is!

Uplifting, positive, and aggressively paced for the perfect viewing experience. The vintage eye-candy of Maisel, but with a tad more focus on tracing the winding journey of a genius woman. We eat through years with incredible intimacy. The creators build characters that have as steep as an arc as our heroine. And our actual heroine.

From creators Scott Frank and Allan Scott and adapted from the 1983 book of the same name by Walter Tevis, this limited adaptation is perfect in its execution of creating a life worth watching with the highs and lows of a multi-year series.

Anya Taylor-Joy couldn’t be more different than her Emma. (title role) character from early 2020. She has the ability to age-hop and be consistent in her mannerisms while still adding the flare for her age. So much choreography and mechanical precision with her understated and well-established Beth Harmon. Her mentor Bill Camp (Mr Shaibel) teaches a master class in character work. He’s locked inside, yet incredibly clear and he is instantly beloved. Marielle Heller (Alma), her grown mother figure is beautifully written and pulls together something that all the adults in Harmon’s life do – the audience teeters on the edge of fear for how this young vulnerable and defenseless Beth Harmon will fare in the hands of these ill-equipped adults, but the adults pull through eventually. Which, instead of falling into the darkest pit of drama (which many shows choose to do at almost every turn), Harmon is able to grow alongside their broken branches and eventually piece together her own family tree, her own community, and her own life. She somehow ends up standing on her own two feet at the end of a long ride of ‘what could have been tragic’ and, honestly, it was tragic. But she made it. I cried so hard when she made it. It was a LONG ride for her to gather the strength. This is a show that is absolutely worth the time.

I don’t want to give anything away. I hope this encourages you to start the show this weekend. I could write my thoughts on how many could consider this show Russian propaganda, or too dramatic, or even discuss how this show exemplifies how women don’t need a romantic story line end game to grow romantically and explore sexuality (which is fabulous!) – but I don’t want to write more. I want you to watch it.