John Amadon’s Latest LP Is Masterfully Produced…Which Is Incredible, Because He Did It Himself! 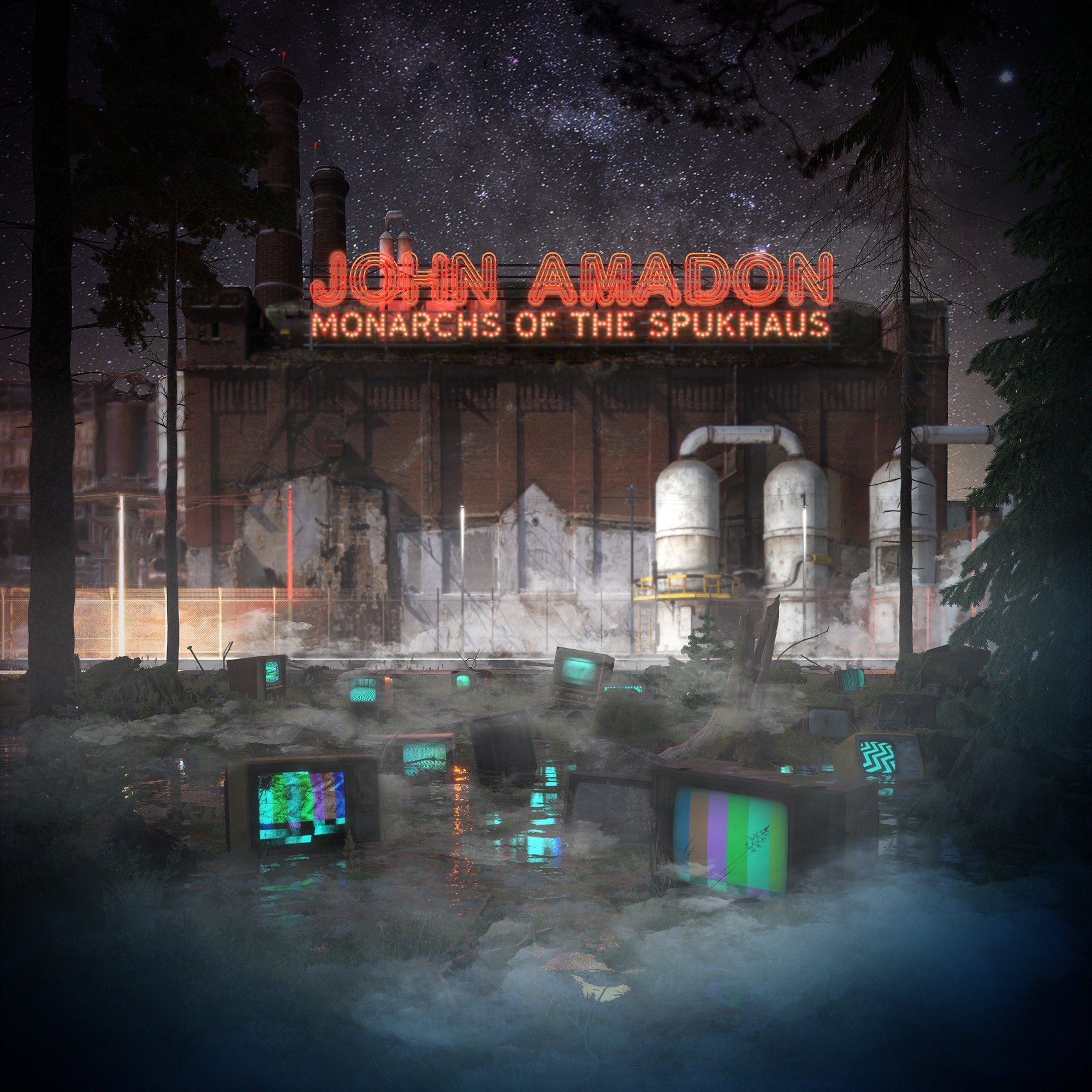 I’m sure you’ve met them. Those quietly talented folks that just drop something in your lap and say, “Hey, what do you think of this?” After being blown away, awestruck by the art you just took in, you reply, “It’s amazing! Who made it?” “Me,” he says, and sits down as if it were the

I’m sure you’ve met them. Those quietly talented folks that just drop something in your lap and say, “Hey, what do you think of this?”

After being blown away, awestruck by the art you just took in, you reply, “It’s amazing! Who made it?”

“Me,” he says, and sits down as if it were the easiest thing in the world, quietly sipping a cup of coffee while humbly masking the hours of dedication and hard work that it took.

I don’t know John Amadon, but I have a feeling he is one of those people. Why? Besides self-producing an amazing full length album, Monarchs of the Spukhaus, when asked how he got to where he is now, his reply was a simple, “One step at a time.”

In the interest of not detracting from an amazing album in and of itself, I’m hesitant to make a big deal out of its production, but I like to prop up others and give credit where it’s due, and damn…this album is a piece of art! Right off the top it hits you hard with some punchy drums on “Poor Teresa,” pulling you in, piquing your interest; but when those harmonies come in, you’re hooked. And it doesn’t stop there! The song keeps twisting and turning. You don’t know where it’s going, but it’s always interesting.

Like the stories John tells, his new album has its own arc, beginning as a concept album based around the show Twin Peaks, which Amadon calls “a perfect work of art.”

One day that fall I was driving around and thinking about Twin Peaks the Return (season 3) and all its mysteries.  In a flash I got the idea to do a sort of concept record about Twin Peaks in which the songs would explore characters, themes, and episodes of the series.  Not in the musical style of the show, but using my personal songwriting style. I wanted the songs to sound like my songs, and be written in such a way that other Twin Peaks fans would immediately recognize what the songs were about, but also that they would just be songs, songs that would still resonate for someone who is oblivious to Twin Peaks. I was fired up by this idea not only because of the enthusiasm I have for the show, but as an exercise in writing.

Armed with a mission and a goal, John began writing songs inspired by Twin Peaks. But like a river running its course, once the creative juices kicked in, he changed course to write about other topics than the legendary series; the river forging its own path. Though only a couple of the Twin Peaks songs made it onto the record, Amadon still maintained his vision and David Lynch inspiration.

…there are allusions to the show and to other parts of Lynch’s oeuvre strewn throughout the record.  The record is somewhat of an ode to David Lynch, but it also ended up being an homage to other films and non-musical art that I’ve loved and been influenced by.

I asked him if he had ever done an album like this before, or even just created art based on art.

This is the first time I’ve approached writing this way, and it was fun…in my mind I was sort of setting the whole record in the Twin Peaks universe, so I hope that feeling kind of bleeds into the rest of the record.

Sonically, the album maintains and ebb and flow of the best of albums. It’s a fresh take on a throwback sound of 60s and 70s pop-rock, with a tight yet complex arrangement and thoughtful instrumentation that serves each song well, without ever being overdone or unnecessary. Every high-energy tune is followed by natural breaks, “Harvest the Clones” and “Pills on the Nightstand,” for instance, both forays into country/folk as a nice balance to the retro pop-rock of most of the album. Monarchs of the Spukhaus always picks up again though, like “Parable of the Lone Mare,” a gritty electric-guitar driven piece that’s followed by some of the most beautifully ironic harmonies I’ve ever heard: soft “ahhs” sung immediately after “Flamethrowers in the Mall,” the track’s title. I couldn’t help but chuckle.

And though I said I wouldn’t make a big deal out of it, again I have to mention: the mix! So many instruments are present on this album, and part of the art of mixing is finding a place for each one that adds to the song without sounding muddy or convoluted. For a guy who doesn’t do this for a living, John Amadon is sure good at it! So I had to ask him: what was that like, having never done this before?

Once I decided that this was what had to be done to make the record, I threw myself completely into it. It was actually a lot of fun. I enjoy learning, in general, and learning something that you know is going to prove to be incredibly useful to you is exhilarating.

Taking place over a period of 10 months, John built his studio, recorded and mixed a masterfully produced album. Subtle piano parts, intricate guitar solos, soulful harmonicas, haunting slide guitars and punchy drums abound in songs that tell stories, pull you in, leave you asking the right questions, explore new ground and ultimately take you on a journey that sparks the imagination.

So I guess I lied…I do need to make a big deal out of this album, including the story of its production, which is just as interesting as what lies therein. I won’t apologize though — it’s worth it! And also worth your time to take a listen.

Check out Monarchs of the Spukhaus by John Amadon on his Bandcamp page (probably the most artist-friendly distributor): https://johnamadon.bandcamp.com

Monarchs of the Spukhaus by John Amadon