JUDAS AND THE BLACK MESSIAH: Struggles I Know Nothing About 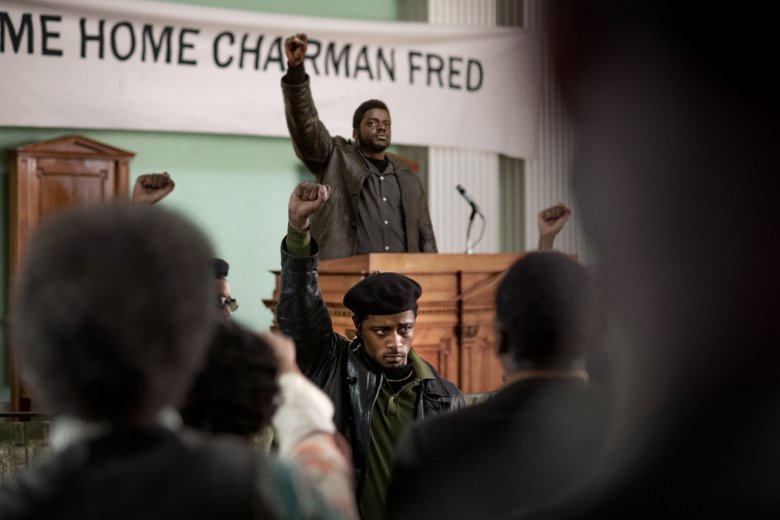 “…It was easier for O’Neal to be a “Judas”, then it was for him to believe that Hampton’s vision was…achievable.”

In the Fall of 1919, and only about two hours from my hometown, about 100 Black sharecroppers died by the hands of roaming white mobs. The Elaine Massacre, named after the town the killings started in, took place over the course of a few days, and only ended once Federal troops were brought into the county.

What started the fighting? A gathering of Black sharecroppers had met in a church, to discuss unionizing. Landowners at the time disenfranchised the farmers who worked their land. Giving the workers terrible settlements, many of the sharecroppers were illiterate, and could not effectively advocate for themselves. The meeting was guarded by armed men, due to earlier violence in the South. Shots rang out when two white men, and one Black man, arrived at the church. No one knows who shot first but news spread of a “Black insurrection”.

The following days led to the deaths of hundreds of Black farmers, because they wanting better working conditions. Their story is tragically similar to Shaka King’s JUDAS AND THE BLACK MESSIAH.

Fred Hampton, played by Daniel Kaluuya (Get Out, Queen & Slim, Widows), is the leader of the Chicago chapter of the Black Panther Party. Advocating for a revolution among poor people, particularly of Chicago’s Black residences. Both tragedies focus on the desire of poor people, Black Americans, to get rights that have been cheated from them. Both also have a “Judas” figure. In the events of Elaine, Arkansas, a Black man had been with the two white men that approached the church. This Black man then races to Helena to inform officials about the shooting. This leads to armed white mobs descending on the area, who then randomly attacked and killed Black people.

I wonder about that man that raced to Helena in the same way I wonder about Bill O’Neal, played by LaKeith Stanfield, (Knives Out, Uncut Gems, Sorry To Bother You). He continues to give the FBI information about Hampton, even after he sees the BPP programs like free breakfasts and the planned community medical assistance.  The Black man that raced to Helena did not kill those Black farmers, much the same way O’Neal did not pull the trigger that ends Hampton’s life. They are this match, that’s thrown into a kindling box, set up by white people in power, to keep things in a status quo that favors them.

Both Kaluuya and Stanfield are giving great performances. Story-wise, I would have loved to get more thoughts from Stanfield’s character. We don’t get a lot of O’Neal’s interworking. All we know is that after an interview of him comes out in the 90’s…he kills himself. Knowing what he thought of himself and where we stood on things, during the actions of the plot, would have been so insightful. He does give us some insight in that “fatal” interview. He was doing what he could to survive. Leading us to conclude that our system is set up in such a way so that it was easier for O’Neal to be a “Judas”, then it was for him to believe that Hampton’s vision was…achievable.

I learned about the Elaine Massacre, embarrassingly, recently. I think a lot of times, I as a white person have to take into account the fact these stories tell of struggles I know nothing about. From a narrative perspective, the Judas character is appalling. But from a real life – white person in America – focus, the appalling thing should be on the two white mob that attacked Elaine. Or on the FBI that hounded the BPP. Why were they scared, in the words of Martin Sheen’s Hoover, of their “daughter bringing home a Black man?” Why are they still scared?

A tree was planted as a memorial in Elaine on April, 2019. That tree was cut down in August. The Elaine Massacre Memorial was unveiled days later.

JUDAS AND THE BLACK MESSIAH is available now on HBO Max.