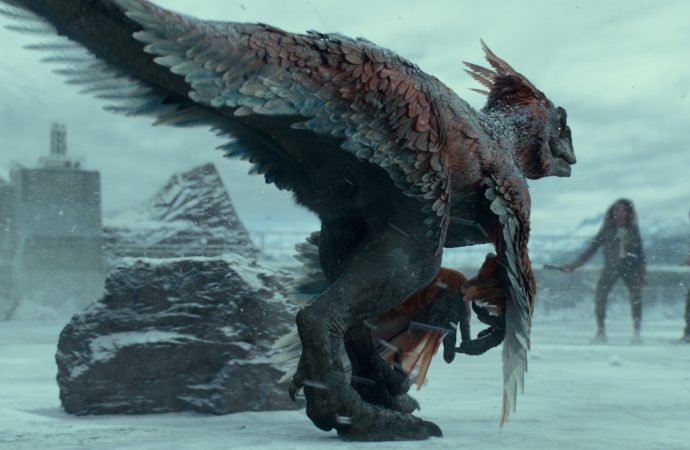 I saw Jurassic Park in theaters when I was 8 years old, much too young to explore this brand new horror-family content. It was amazing. My Dad had no problem embracing it and this year I got to take my own 8 year old kiddo to see a Jurassic movie. Yes, he might have been too young, but this movie had nowhere the intensity of the IP rocket ship that was Jurassic Park. This film is my son’s first time seeing a Jason Bourne-esque rooftop chase, an international black market for animal torture, and the live-action version of The Incredibles’ third-act tube-travel fortress. This movie homages so many different action clichés, that it felt like a tour of the genre or a satire. But, to my son, it was a brand new experience – and not as scary as a parent would imagine.

If you haven’t already seen it with your kids – please do. It is exactly what they hoped a big blockbuster experience could be. If your family LOVED Camp Cretaceous on NETFLIX, then the nicest thing you can do is give them this gem. It feels like a right of passage to be terrified of dinosaurs on the big screen, but also an introduction to the action franchise library and monster movie experience that the whole family can enjoy. This movie didn’t get amazing reviews, but it’s because it was made with your little ones in mind, maybe even more than you. But I wouldn’t go young than 8 years old, people are eaten on screen, come on – be reasonable.

Here are a few action clichés that are fun to point out:

“This summer, experience the epic conclusion to the Jurassic era as two generations unite for the first time. Chris Pratt and Bryce Dallas Howard are joined by Oscar®-winner Laura Dern, Jeff Goldblum and Sam Neill in Jurassic World Dominion, a bold, timely and breathtaking new adventure that spans the globe.

From Jurassic World architect and director Colin Trevorrow, Dominion takes place four years after Isla Nublar has been destroyed. Dinosaurs now live—and hunt—alongside humans all over the world. This fragile balance will reshape the future and determine, once and for all, whether human beings are to remain the apex predators on a planet they now share with history’s most fearsome creatures.

Fun Games And Ways To Enjoy Dominion At Home

“The Dinotracker publishes up-to-date reports on dinosaur encounters, user-submitted sightings & vitial information to facilitate the co-existence of humans and dinosaurs on our planet.“