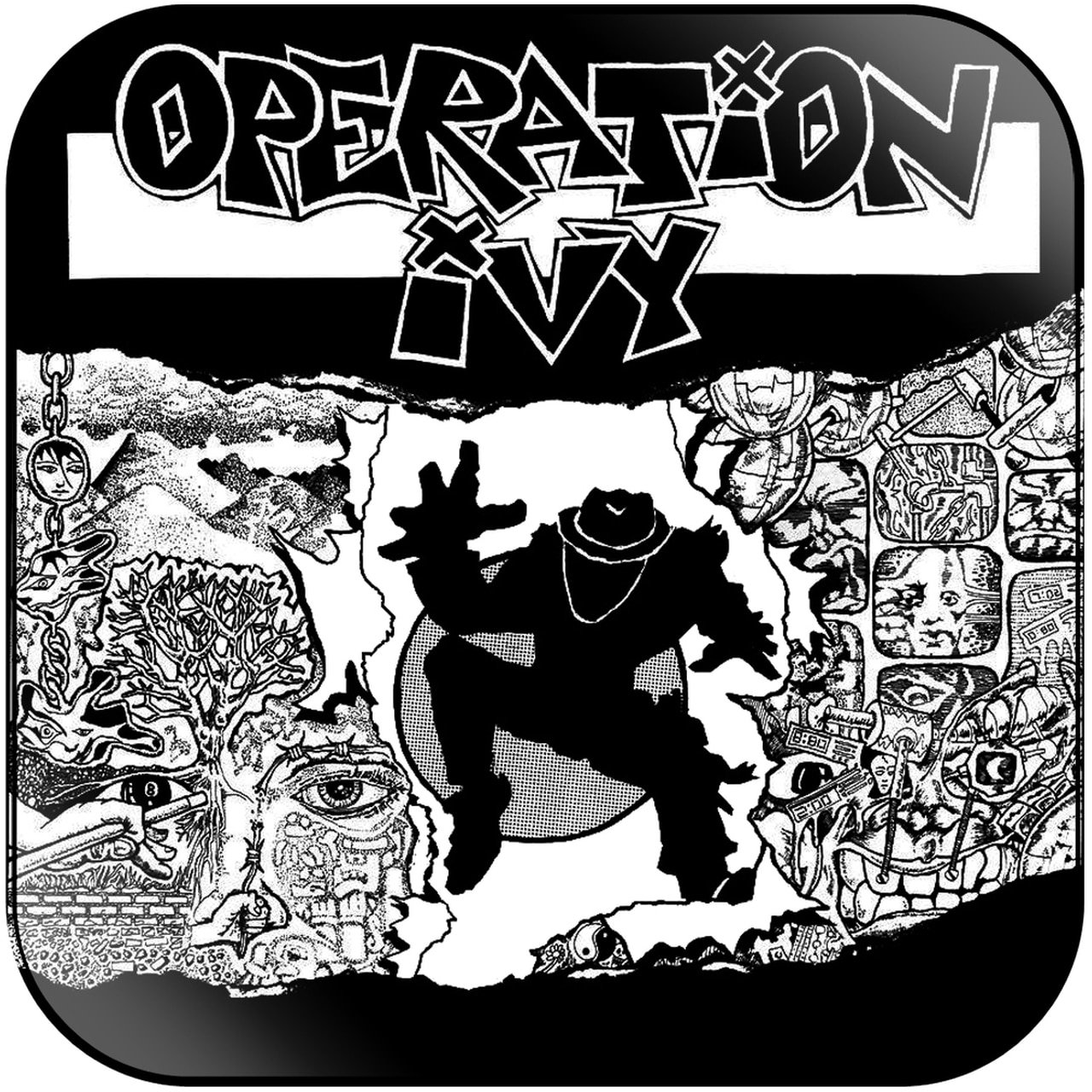 I remember the first time I saw an Operation Ivy patch, oversized and haphazardly sewn onto the jean jacket of the only punker on my middle school bus. I was developing my own taste in music at the time, but tended towards the brighter side of punk and ska — bands like Five Iron Frenzy,

I remember the first time I saw an Operation Ivy patch, oversized and haphazardly sewn onto the jean jacket of the only punker on my middle school bus. I was developing my own taste in music at the time, but tended towards the brighter side of punk and ska — bands like Five Iron Frenzy, The O.C. Supertones and The Smiley Kids (free download on that link!), with their uplifting lyrics and typically positive outlooks on life — so Operation Ivy had escaped my virgin ears.

To my recollection, this punker and I only had one conversation, which is where he informed me of Op Ivy, Voodoo Glow Skulls and others in the same vein. I probably acted like I knew what he was talking about, but really had no idea. This kid was, as you can imagine to a nerdy middle schooler such as myself, somewhat intimidating. He was cool. He had attitude. He was angry…at the world, at society, at the fact that he was still riding the bus when his friends probably drove crappy Geo Metros and beat up Toyota Tercels that their grandparents gave them; rear windows illegally covered in stickers from the aforementioned bands and skateboard brands.

So that was my introduction to Operation Ivy, a band that only existed for two years, recorded only one full-length album, and still somehow remained relevant enough for a kid in the suburbs to proudly brandish a patch to make the crisp jean jacket his mom bought him for Christmas that much cooler.

But why did this band have so much staying power in such a short lifespan? In the mid-to-late 1980s, Operation Ivy was credited with being one of the first bands to mix punk and ska music into one genre, so creatively called punk ska (or the third-wave ska movement). If you aren’t quite sure what ska is (God bless you), you’ve definitely heard it, especially if you were awake and aware in the 90s. Songs like The Mighty Mighty Bosstones’ “The Impression that I Get” and No Doubt’s, “Just a Girl,” made it onto mainstream radio. Bands like Less Than Jake and Save Ferris ended up in popular movies such as Ten Things I Hate About You and Scream (1 and 2). It was a short-lived, but glorious sound, and captured all the fun, along with all the angst, of teenage life in the 90s (before emo took over…talk about a pendulum swing). All this to say, we can thank Operation Ivy for pioneering much of that.

But much like ska itself, Operation Ivy didn’t last. In a very punk rock move, they disbanded just as they released their first full-length album, at the height of their success and with all the momentum going they needed to bring this mashup genre to the world. Funny enough, that happened anyway.

Or maybe, because they broke up this happened. God only knows…but after a friend and fellow ska-enthusiast forwarded an article to me about the band and their early demise, I realized I had never actually listened to their album Energy in its entirety (shame on me). A remastered version that was released in 2007 (that also includes Op Ivy’s Hectic EP and some tracks from other compilations) is available on Spotify, so I decided it was high time to give this piece of history a listen.

My opinion? The album totally lives up to its legend. It is always difficult to take in art like this years after its effect has been felt — the slap of what was once new rarely lands the way it was intended — but I really did appreciate and enjoy what Operation Ivy created. From the beginning the energy is palpable (obviously), but knowing this was an early version of just about everything I grew up listening to middle and high school, I was surprised to find that it still sounded original. Not every legendary album accomplishes this (Thursday’s Full Collapse comes to mind, an album I caught way past its debut and subsequent effect).

Lyrically, Operation Ivy brings poetry, angst, social commentary, flavor and most importantly, truth. From the get-go they manage to capture the feelings of both a time period and a movement, with a personal and social awareness you wouldn’t expect from just another garage band out of California. Here is an excerpt from the opening track, “Knowledge.”

I know things are getting tougher

All I know is that I don’t know

All I know is that I don’t know nothing

They conclude the song with that catchy refrain, “All I know is that I don’t know nothing,” adding at the end, “and that’s fine.” Show me a teenager who has the wherewithal to claim something like this and mean it! And it doesn’t stop there. Song after song is clever, creative, transparent and totally relatable.

And that’s why I think this album is so legendary, and also worth your listen, be it for the first time or the thousandth: it is an honest look at an angsty teenager’s convoluted brain with all its ideas about rules, girls and society, somehow packed into an understandable and relatable album that is still enjoyable to listen to (in under an hour!). Work to it, drive to it, sit and stare at a wall to it — it doesn’t matter: Energy is like a shot to your brain, your heart and your muscles all at once; an injection of introspection and social responsibility that we could all use, if not now, more than ever.