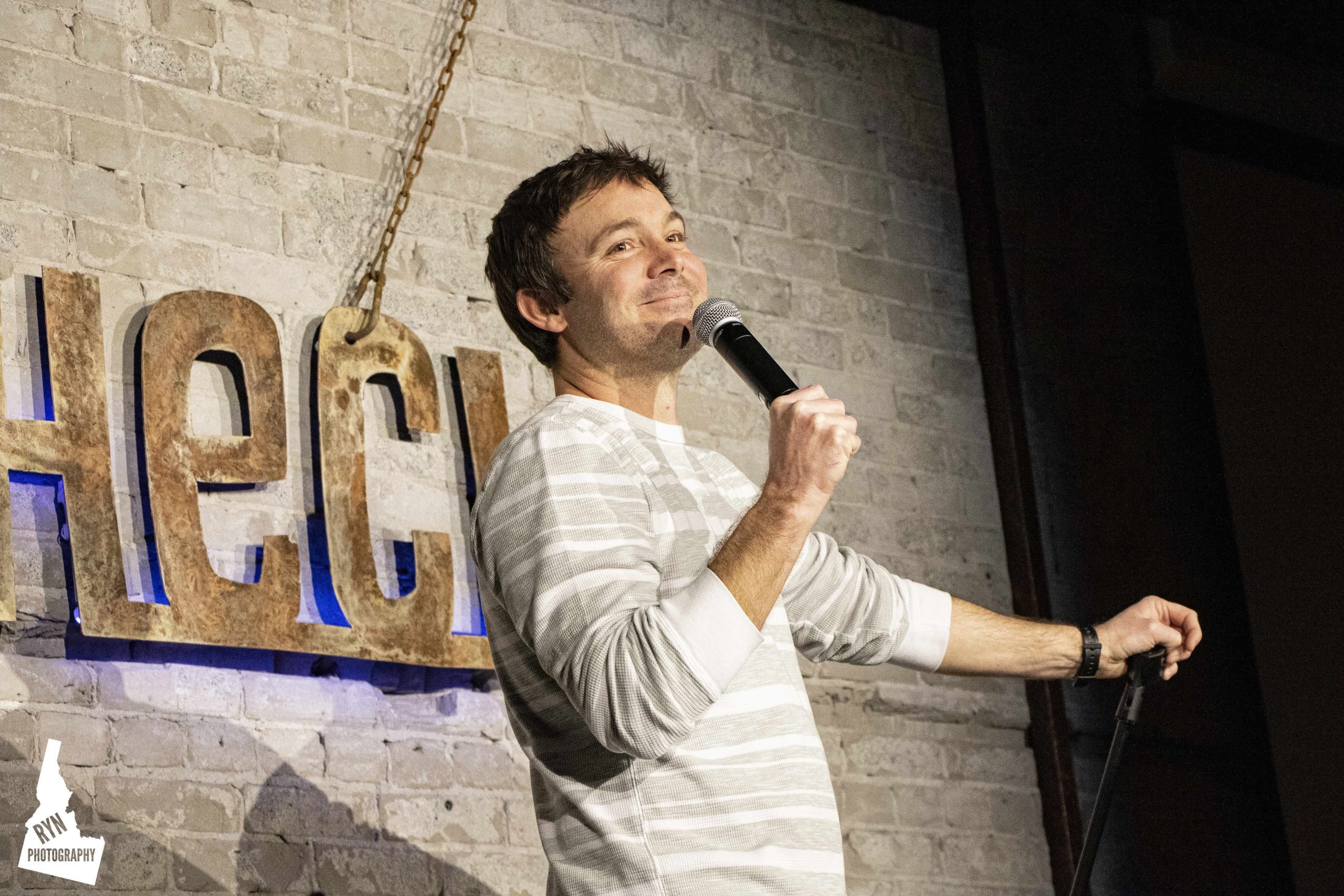 “The best part of being a comedian is hearing the laughs. That’s why live shows are the greatest feeling in the world.” – Comedian Nick Hoff

I met Nick Hoff on the set of a commercial about 150 years ago. He and I spent the better part of a day pretending to care about a water bottle brand and catching up on the LA comedy scene (I’ve written about my stand up comedy addiction many times before). After a recommendation on a great local show, I started stalking his sets around town. But then he kept touring the country and I couldn’t keep up!

He’s stayed pretty grounded though, 150 years later, he still takes my calls. And I’m so glad. Don’t tell anyone, but he’s a kind-hearted, generous, and hard working family man. I’ve been lucky enough to see him live more than a dozen times, so I highly recommend whatever he’s putting together.

Comedian Nick Hoff has a safe outdoor LIVE EVENT for you to check out. And likely, I’ll be there checking it out, too!

Nick Hoff: “I’m producing an outdoor stand up show called “Freeway Funk Yard” in West Los Angeles.  There were no stages open during covid, so my buddy (Ryan Churchill) and I decided to physically build a stage in a large outdoor space and start putting on stand up shows.  This Saturday (April 3) will be our third show.  The first two were met with high praise and full crowds, so we’re looking to build on that momentum with the best comics in the country.”

I know Nick Hoff loves being a comedian: He hits the road every chance he gets, he collaborates on stand up shows constantly, and he spills between shows on his Hoffcast (podcast). What I wanted to know is what is the HARDEST part of being a comedian.

“The hardest part about being a comedian is running it like a business, and I went to business school!  In a creative profession, it’s difficult to switch between writing and performing, to signing myself up as an LLC.  Eventually I’ll have a business manager that will help with all of that, but the first several years you gotta wear all the hats, and I find that tough with only one head.”

I rarely feel like I get a genuine moment with Nick Hoff to talk about the seriousness of life. The entire time I’ve known him and chased his stand-up shows from the East side to the Coast, we’ve been immersed in the joy of it all. But I got a soundbite on how he saw things change during the past year.

“During the pandemic I saw a large shift in the way people consumed their entertainment.  I mean, Netflix was already huge, but now live performances were pushed to people’s phones and computers more so than they ever have been.  It’s really cool that you can reach that many people at any time or place, but the connectivity we lost, not only in comedy but as a societal whole, has been catastrophic.  Covering your face makes the whole world feel like a simulation.  We don’t even look each other in the eyes at the grocery store any more.  I hope empathy can survive this human detachment that we’re all going through. But the one benefit I’ve seen is that people are less jaded, and more appreciative when they do get to finally take in that great live event.  Because we’ve all been isolated for the most part, the smallest amount of connection feels very intimate and wonderful.”