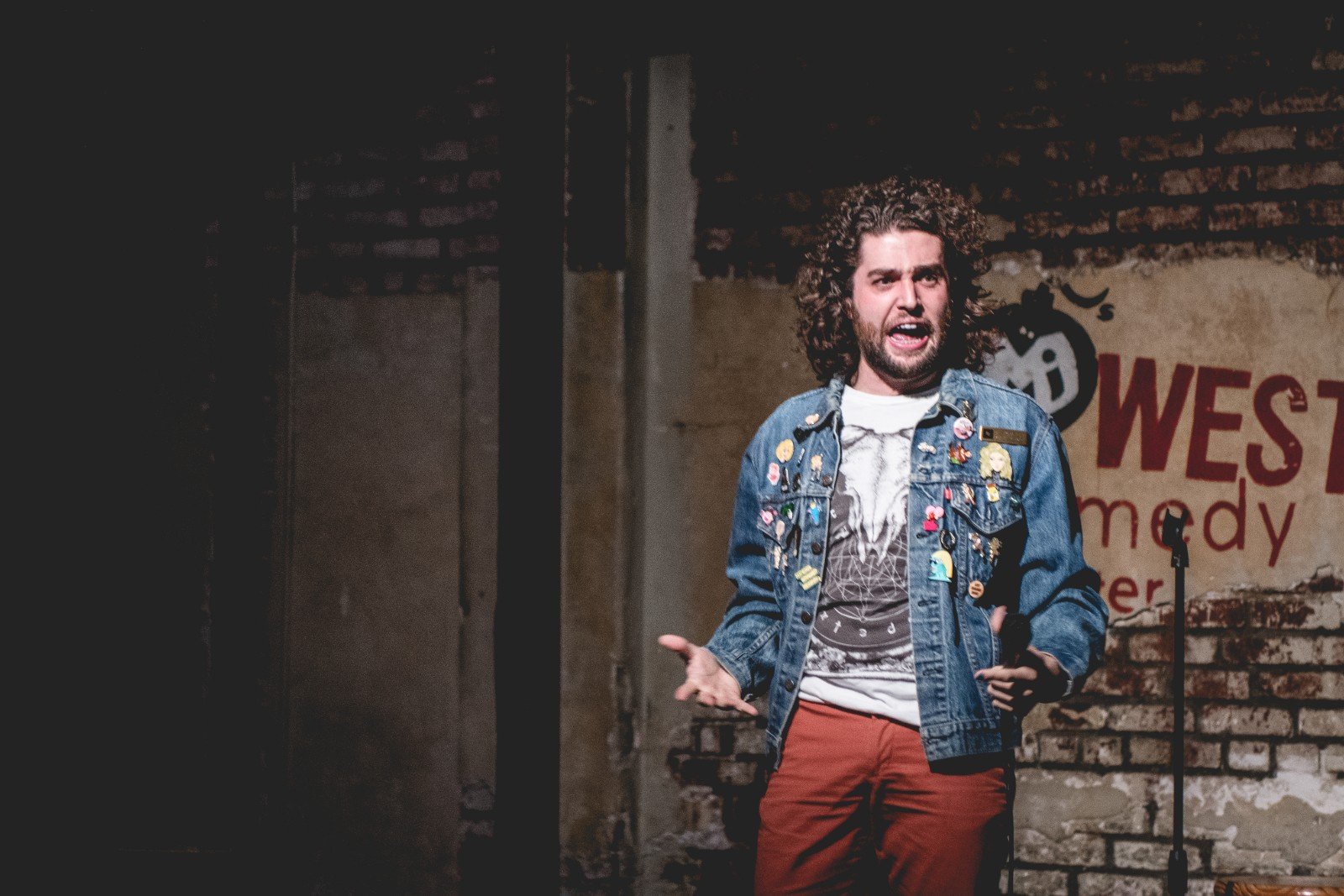 Stand-Up Comic Billy McCartney is gifting Angelenos a night out to remember with a PRIDEful event that feels safe, new (CLEAN!), and full of life.

Billy McCartney: “The Comedy Chateau is brand new, I believe it opened in April. I was drawn to it because they have an outdoor, socially distanced space and I was excited to do live comedy again. They also have two indoor spaces that they will be booking soon. I thought it was incredible that a brand new comedy club had opened during the pandemic ….”

But THIS is the show ya wanna start with – it’s June, the restrictions are lifting for the best reasons (next week!), AND it proves you’re still spontaneous because it’s TONIGHT and you’re gonna just throw on your new eye-liner with your fancy sweatpants and be seen.

Billy McCartney: “Billy’s BIG NIGHT OUT was created as a way to feature LGBTQ comedians. I found that often, in other shows that weren’t LGBTQ focused or even exclusive, queer comedians would have phenomenal sets, but would inevitably be the odd person out. The host or a straight comic would make some joke or comment about the comedians’ sexuality or gender identity, or the comedian would simply have to come out on stage in order for the audience to be on board with them. I wanted a show where straight comics would be the odd ones out. I wanted to create a queer space that the audience could be invited into. So by having all LGBTQ comedians it turns the club queer and makes the audience have to accept the invitation into that space. This one is our first show back since the beginning of the pandemic. It’ll be outside and distanced, which is lovely. And it’s the Thursday before Pride weekend! So I’m marketing it as the beginning of Pride Weekend (June 10th, 7pm).”

I know what you’re thinking: “Where do I get tickets before they’re sold out?”

I got the chance to ask Billy about how this event came about and how he was impacted by putting it together. Community building and creating events for people to make memories is laborious, exhausting, and usually thankless- especially working alongside the fear people may still have about going out. I hope that this event is a huge splash and that Angelenos come out in droves to support!

Billy McCartney: “This event has been wild because it’s been 16 months since the last Big Night Out on February 14, 2020. It’s also a  new venue and a bigger venue than ever before. I’ve learned a lot about marketing and self-promotion, and so far a lot about trusting the comedians I’ve booked to help me promote.”

With this stellar line-up, it’s going to be a blast. Spread the word.