LUCA Showcases The Single Dad We All Need To See 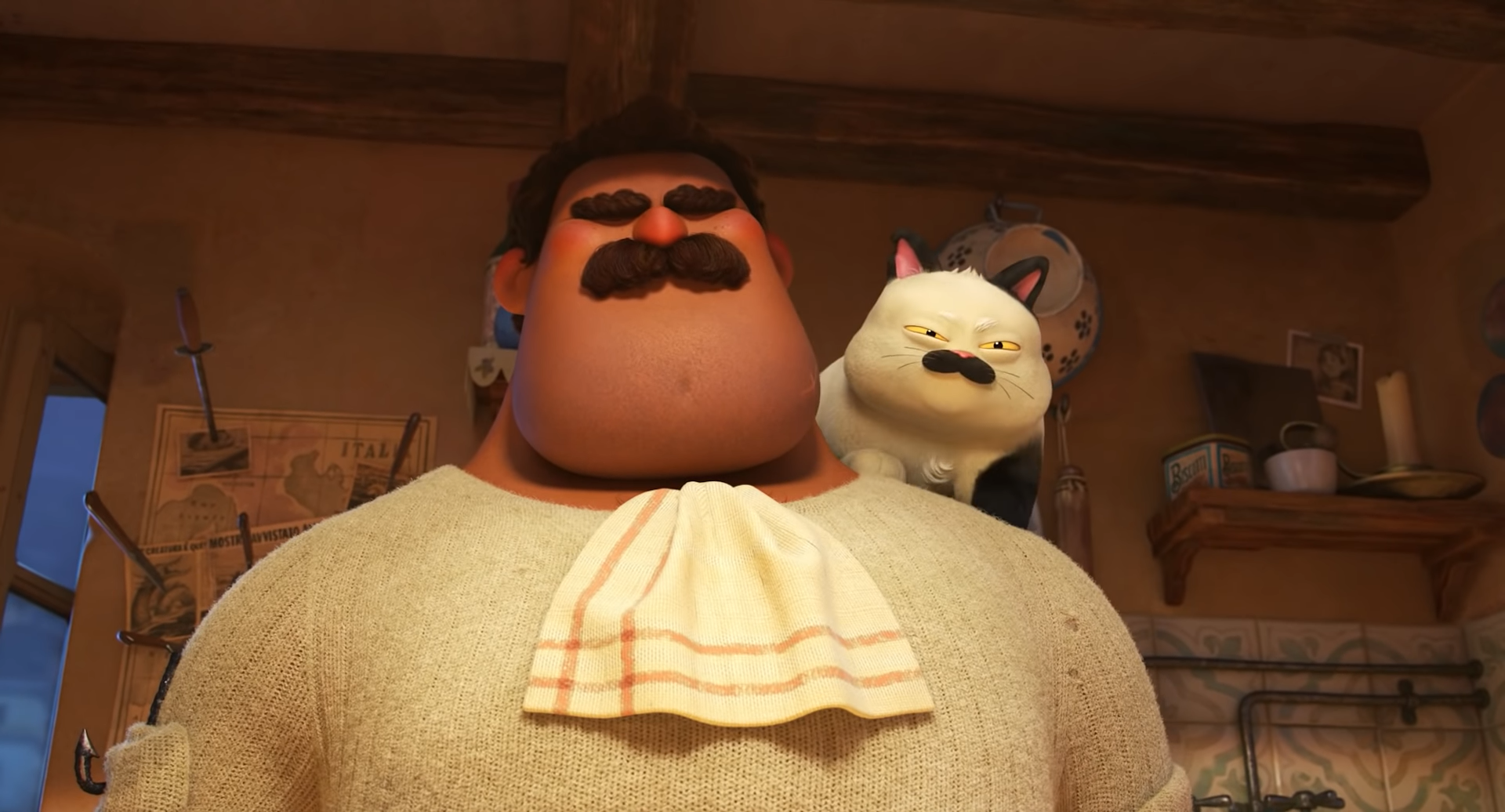 Fish-out-of-water story about friendship, adventure, and chosen family. Mild-spoilers, nothing to ruin the movie, though.

Yes, Giulia lives with her Dad every Summer. Her Dad supports her, encourages her, is straight with her about their finances, gives love and acceptance in the best ways, sports a brute and boulder of a personality, and is an overall great Father. However, Giulia isn’t the main character in this movie, neither is her Father. Two boys on an adventure lead us to Giulia.

Giulia isn’t accepted or more accurately embraced for who she is by the whole scenic Italian village in which she spends her Summers, but as people get to know Luca and Alberto, Giulia‘s association is enough for their admission for acceptance. Giulia has repeatedly competed in the village’s annual race, something that affords her ‘belonging’ in a way that also extends to Luca and Alberto. Giulia‘s objective is to win to end ____’s reign of terror, a rude and awful boy who uses his annual win to assert dominance – something the locals seem to freely give him because of his winning status despite his abuse. Alberto‘s objective is to be accepted, loved, and embraced for exactly who he is. Alberto specifically wants a Father figure to live life alongside, to help him deeply validate his value and interests. Alberto loves a healthy dose of danger, spontaneity, and trial-and-error in his daily life. He LOVES life, which he suspects is all he needs. Desiring family/companionship is beautiful and makes him vulnerable. His act of true love demonstrates that companionship is worth risking it all. Luca’s objective changes throughout the movie, he enjoys his mild responsibility of simplicity, he is swayed to adjust his wants through friendship, he wants space to grow and live – then his desire for knowledge overtakes all other purpose. Luca is a dreamer, illustrated throughout the movie with his imaginative day dreams that either foreshadow his longings or just explore the wild imaginative nature of Earth. Luca is set up to be a plant that grows to the size of the pot in which it is planted. Luca is repotted so much that once he is offered a chance to be planted in Earth, he’ll grow exponentially, the type of inventive personality that grows to become a Leonardo DiVinci or legendary dreamer.

Watching these kids and their various ambitions and how they unfold is a reminder that humans are social creatures and especially kids need a combination of independence, rock solid foundation, and peer influence. There is only so much a parent can do to take a child through life while holding hands. Alberto is let go too soon and Luca is let go too late. Each person needs room to become their own person and work out who they are through relationship. Relationship and community immersion is key.

The culture of this small Italian coastal village is not easily swayed from what binds them – the pursuit of Sea Monster. But nothing is too great to untangle as a community invested in their youth, invested in each other so much that everyone can truly let down their guard and be themselves if they are known and connected. Our youth desperately wants to be known and connected. The dreamers, the justice seekers, and those longing to experiment need to be known. They cannot be known until they are tested and socialized with a healthy dose of independence. Exploration can be magical.

Something worth noting, giving rise to the negative reviews that Pixar has somehow lost it’s touch (Review: ‘Luca’ isn’t Pixar’s best, but it’s an entertaining movie nonetheless, ‘LUCA’ ISN’T THE WORST PIXAR MOVIE, BUT THAT’S AS GOOD AS IT GETS (FILM REVIEW)):

I do not love picking a Pixar film just to be sobbing through 45% of the movie. I’m an easy cry, sure, but it’s nice to have imaginative stories that I can watch over and over and ONLY cry for 5% of the movie. Acceptance and undertones of chosen family and immigration and brotherhood can still bring me a decent amount of tears. I would rate this a 1-out-of-5 on TheDrillMag.com tear scale (A good reference for this tear scale will be a 5-out-of-5 for Inside Out). I enjoy that LUCA seems to be for kids just slightly more than it is for adults to enjoy. I did enjoy it thoroughly, I’m ok with watching it 27 times in the next month, that’s a great review from me.

The stereotypes aren’t my favorite though, I imagine some backlash coming in that respect:

I agree with this and I was still taken away romantically to the Italian Seaside and beautiful relational movie about kids. Perhaps you’re in it for the same things.