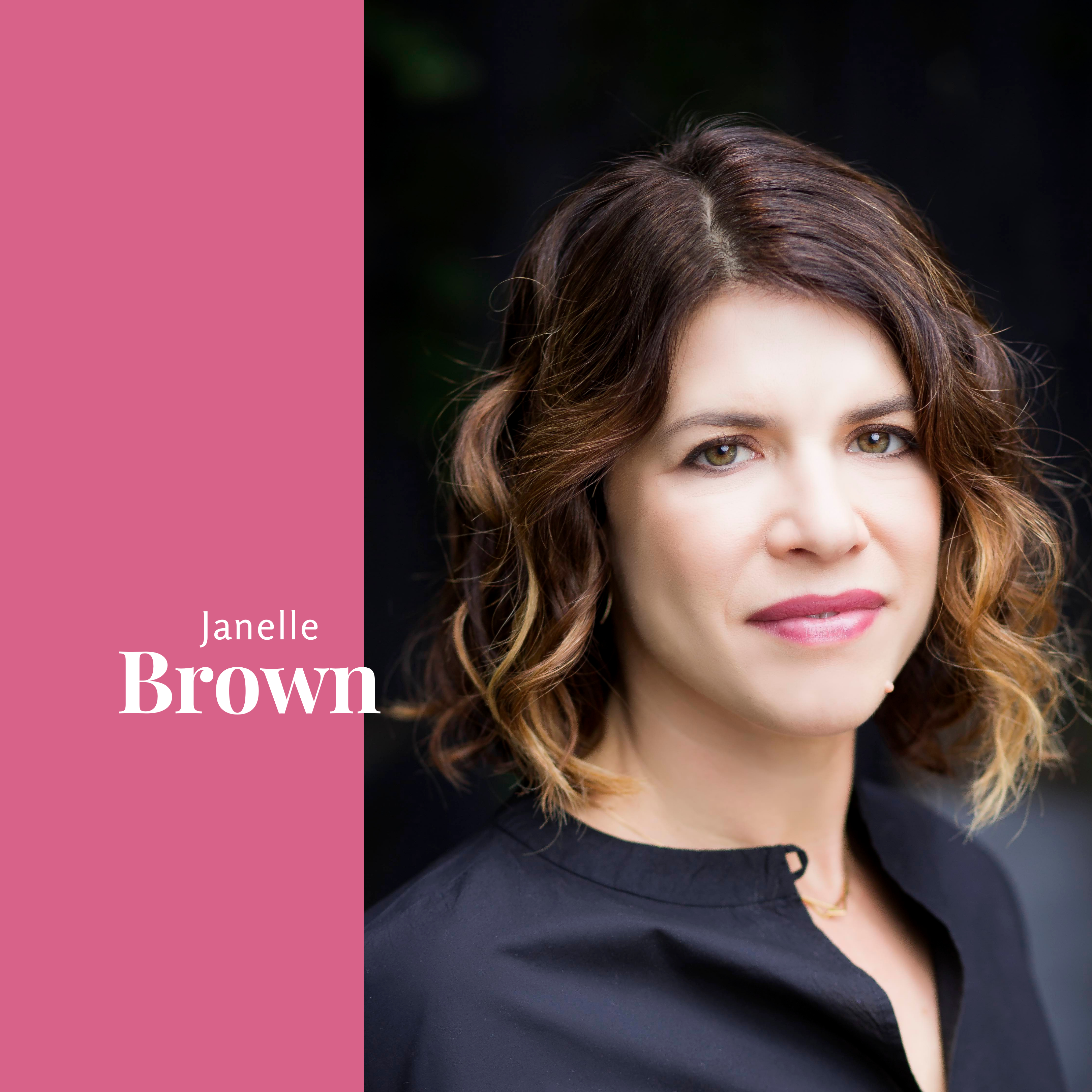 An interview with writer Janelle Brown.

Janelle Brown is the New York Times bestselling author of the novels Pretty Things, Watch Me Disappear, All We Ever Wanted Was Everything, and This Is Where We Live. Her books have been sold in two dozen countries around the world. Pretty Things—named a Best Book of 2020 by Amazon—is currently being adapted for television by Nicole Kidman’s Blossom Films. Her journalism and essays have appeared in The New York Times, Vogue, Elle, Wired, Self, RealSimple, The Los Angeles Times, and numerous other publications. Previously, she worked as a senior writer at Salon, and began her career as a staff writer at Wired during the dotcom boom years, working on seminal Web sites like HotWired and Wired News. In the 1990s, she was also the editor and co-founder of Maxi, an irreverent (and now, long-gone) women’s pop culture Webzine. A native of San Francisco and graduate of UC Berkeley, she has since defected to Los Angeles, where she lives with her husband Greg and their two children.

Going back to childhood, what was the very first story you wrote?

I used to write little stories about my dog, Pogo the Bassett hound. Must have been first or second grade? I would illustrate them and then “bind” them into books with yarn and old wallpaper samples. Couldn’t tell you the plot lines now but I doubt they were complex.

What authors/novels have influenced your career the most?

My early influences on my first two novels (All We Ever Wanted Was Everything and This Is Where We Live) were Jonathan Franzen, Tom Perrotta and Zadie Smith. More recent influences have included Sarah Waters, Megan Abbott, Donna Tartt and Gillian Flynn.

Your characters in Pretty Things come from very different backgrounds. One is a grifter, the other an heiress. How did you develop those two women?

I started with Nina, the grifter. I wanted to imagine a very modern young woman, with whom we would be sympathetic even though she is doing something illegal and “bad.” And then I needed her foil—the woman whom she would be stealing from. Who is someone who is unsympathetic? Obviously, someone of great privilege—say, an heiress and Instagram influencer. That’s how I conceived Vanessa.

What was important to me was being able to get into BOTH of their heads, to make them both sympathetic. I didn’t want Vanessa to be one-dimensional. I wanted them both to be problematic, but empathetic. The details of their life stories came to me as I began asking myself, what would make them both interesting?

What piece of advice would you give aspiring authors?

I’ve been writing for 25 years and the main thing I’ve learned is perseverance. There is no great trick to becoming a successful author except for putting words on the page, over and over, and getting constant feedback—whether from an editor, or from a writers group, or from a teacher in a writing class—to help you improve. Write a couple hundred thousand words and you will inevitably get better at it.

Also: I read constantly. That’s so critical. I’ll reread a book two or three times if it’s good: Once for story, the second time and more to study the craft of how they did what they did.

Tell us about your upcoming novel, I’ll Be You.

It’s a literary suspense, much in the vein of Pretty Things and my previous novel Watch Me Disappear: A character-based page turner, that starts as a slow burn and builds into something that will keep you reading late into the night. It’s about a woman named Samantha—an identical twin, former child actress, and recovering addict—who is summoned home by her parents after her estranged twin sister checks into a spa and fails to return. Sam has to learn how to parent her sister’s abandoned toddler while piecing together the clues that her sister has left behind, discovering along the way that her sister was deeply involved with some dubious activities.

What do you have in the pipeline now?