Never Go Away For A Romantic Weekend For Your Anniversary, At Least That’s What I Learned From The Horrifying New Film HELD 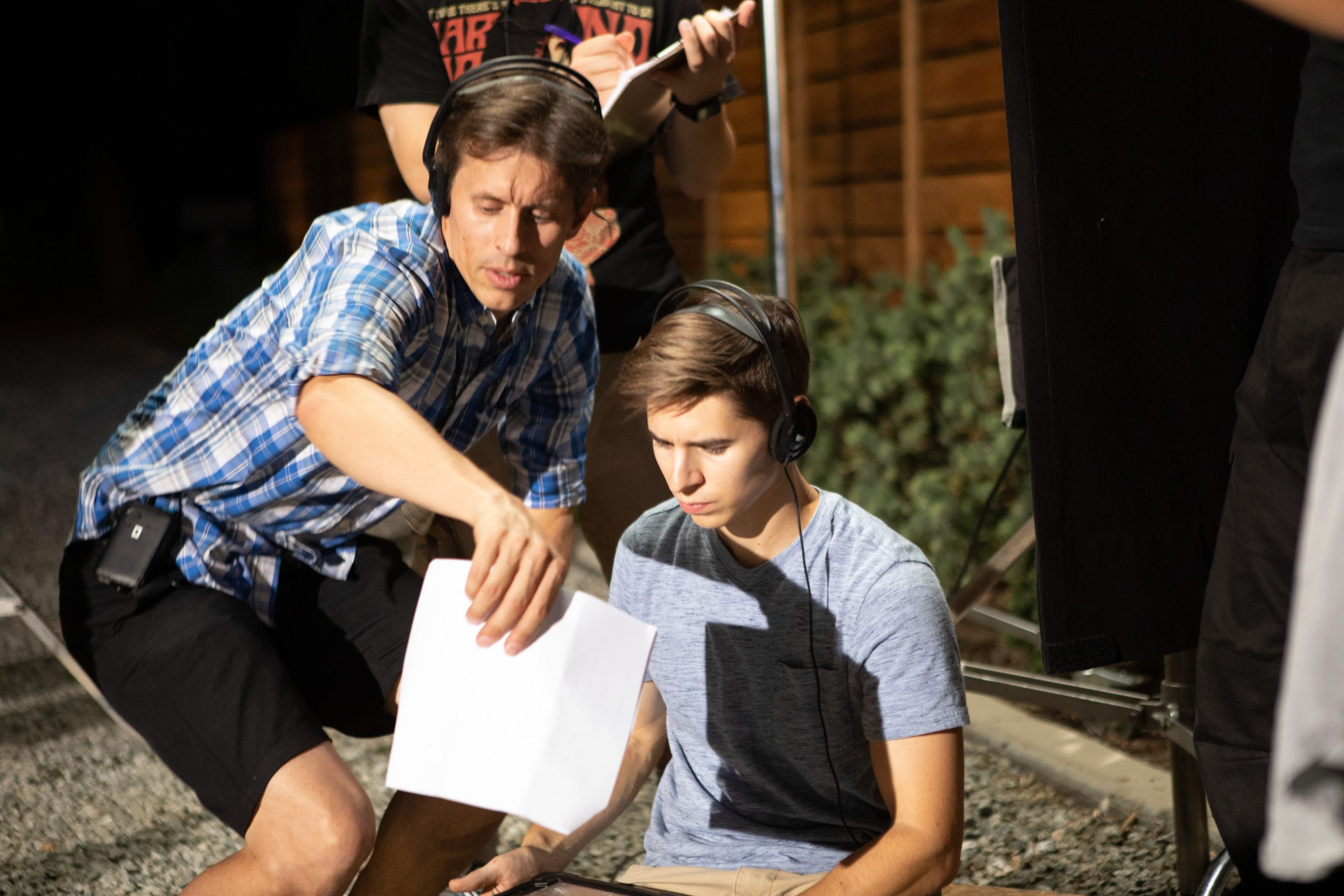 It’s INCREDIBLY hard to write about this movie without Spoilers, but I’m pretty sure we did it.

I had the pleasure of talking with 2 very cool people who worked on this film, Chris Lofing & Travis Cluff; Directors and Producers of HELD and Co-Founders of Tremendum Pictures. Travis is from Newport Beach, CA. Chris is from Beatrice, Nebraska. This is them, look below (dressed for different activities, of course).

Travis moved from Newport Beach to Fresno during his senior year of high school, as his dad was taking a new job in Central Valley. Chris moved to California in 2009 to attend film school at the New York Film Academy in Burbank. Chris filmed his thesis project in Fresno and met Travis who auditioned for Chris’ short as a stuntman.

Travis: “We became friends and started working on our first film together which would come to be known as – THE GALLOWS.”

THE GALLOWS. You remember that, right? Here is the trailer for reference.

I had the opportunity to sit and watch the upcoming release HELD this week and I was pretty upset. I texted my friend throughout the entire movie, letting him know that it was too scary for me and that I needed someone to yell at about it. Pandemics are awful. I hope that you get a chance to catch HELD this weekend. It’s a MUST SEE movie and great scary escapism!

I loved actress Jill Awbrey‘s (Dent, All We Have Left) “Emma Barrett.” Jill is specific, thoughtful, and a great audience proxy. Emma was whip smart and made great choices in an impossible situation. Bart Johnson‘s (Small Town Crime , High School Musical) “Henry Barrett” is impressive. His presence allows for the plot to roll out as it does (you’ll see why). His kind eyes peaked through his handsome and rough exterior. Rez Kempton‘s (The Mummy, Amar Akbar & Tony) “Joe” sets the tone for the film, letting us know that no man can be understood entirely without the time, pressure, and circumstances to let his heart show. To side step spoilers, this film follows Emma Barrett in finding herself as vulnerable as women are in the world AND tucked away at home, no place changes how our culture aims to control the fairer.

Zack Gold‘s (The Unraveling, Santa Clarita Diet) “Ryan Sullivan” enters when things start to heat up. Zack Gold is a personal favorite actor of mine. He can walk the line of genre, type, and always delivers surprises. You never know what you’re going to get with him on the marquee, he’s incredibly versatile and works non-stop.

Actor Zack Gold: “I think horror/thriller films that take on a point of view are always the most enjoyable to watch. I admire Get Out, Us, It Follows because of the statement that the film makes beyond just being creepy and scary. I think Jill did an incredible job bringing to life a concept and shedding light on domestic issues and gender expectations. … it was great to work with Chris and Travis who really had aesthetic and tone nailed down to a T. These guys clearly had a vision and were able to lean into their mature filmmaking palate to guide the film to embody a signature world they clearly envisioned from the script.”

Creating the perfect team takes time and finesse. Or sometimes everything perfect falls into your lap (I’m not jealous, do I sound jealous?). Don’t get me wrong: they’re talented, hardworking, and have a strong vision – things tend to work out when you are running full speed ahead towards your dreams with the skills that you need and a great partner backing you up!

Chris & Travis: “Meeting star/writer Jill Awbrey was pretty serendipitous. In late 2018, Travis saw someone new in the neighborhood, walking their dog across the street. Wanting to be a friendly neighbor, he went and introduced himself. Turns out, this was not a new neighbor but a woman from LA visiting her sister (who lives across the street from us). The woman introduced herself as Jill Awbrey – an actress and aspiring filmmaker living in LA. Travis told her we make movies and started a conversation about what she wanted to make. We continued to meet and talk about an idea she had for an isolated thriller for the #MeToo era. Nine months later and we had a completed script and a game plan to film! We met actor Bart Johnson at the Sundance Film Festival in Janurary, 2019 after randomly running into his brother Brad (who we already knew) who invited us to an event where we met Bart – hitting it off immediately. Literally instant best friends. We later asked him, “What role would like to play that you haven’t had a chance to?” And replied, “Something dark, gritty…” And we said, “We have just the thing.” And so we sent him the script for HELD and he loved it right away. After he and Jill met and got excited about working together – it was a no brainer. Bart was in! Other characters fell into place through more traditional casting, and our crew was made entirely out of Fresno locals – we had our team! Filming took place in Fresno, summer of 2019.”

I met part of this team way back in 2012. I had nothing but GREAT things to say almost a decade ago. Rooting for genuinely lovely people is refreshing. Seeing this team grow has been rewarding and I can’t wait to see what they make next.

Chris & Travis: “The biggest growth we’ve seen has been in expanding our team and in working creatively with others. This has been our first feature we have NOT written and/or edited! So expaning our team, building new relationships, has overall upped our game and we feel that HELD is the best looking, best acted and overall most polished film we’ve put out.”

One more thing from Chris and Travis:

And one more thing from me, because indie filmmakers look out for each other: