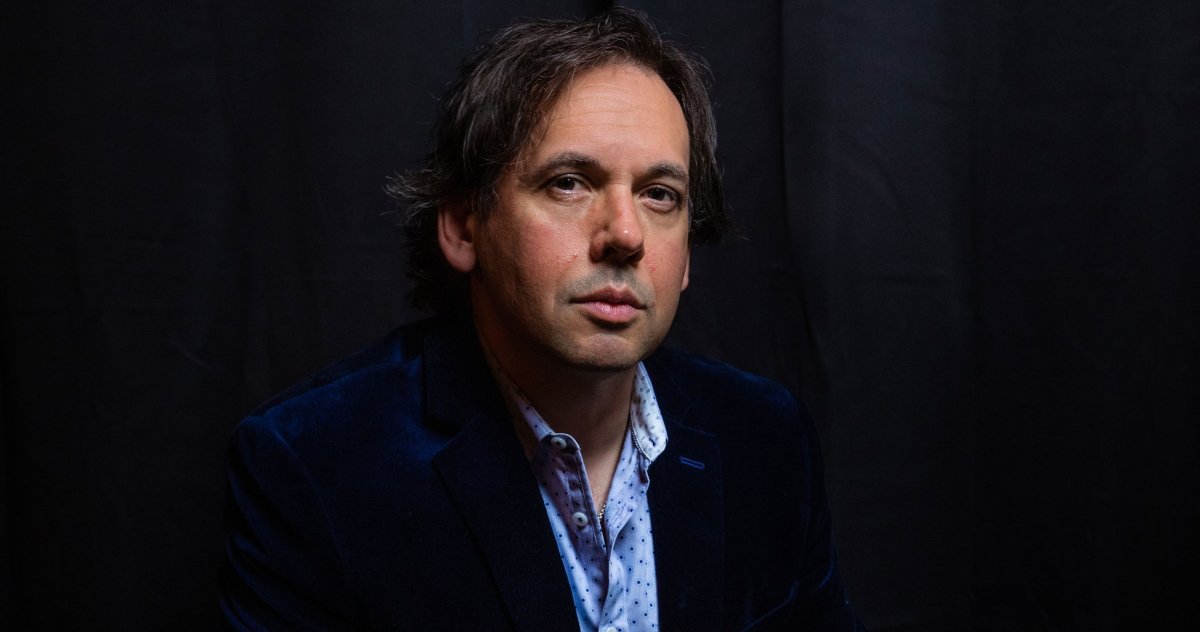 Steve Drizos is a Portland, OR based musician/songwriter/engineer/producer. His debut full-length, Axiom, is his new release from Cavity Search Records

Steve Drizos: “The message that runs through the record is being honest yet gentle on yourself.  Although some of the songs have been kicking around for years, the motivation to make the record came a few months after I got sober.  I was terrified that I wouldn’t be able to find any creative inspiration without the old crutches that I used to believe made me more creative.  ‘Juggling Fire’ was the first song I wrote as a sober person, and it was really emotional to finish the song and feel that clarity in the creative process.  From that point on, I found my motivation and a new sense of creativity I had never experienced before.  I wanted to write about the experience in an honest way, but not in a ‘I finally put the booze down, baby’ kind of way.  I wanted to write more about the reasons I used drugs and alcohol, the anxiety and depression, and that it’s not too late to turn things around.  I never wanted to say it’s all going to be ok, because that’s a promise nobody can make.  But it can be better.”

Some Portland alternative soft rock and feel deep music. Great for playing when you’re in a nostalgic mood but want to try something new. ‘Axiom’ starts out more new wave and psychedelic than the rest. ‘Juggling Fire’ has the biggest nostalgia punch. It’s definitely my favorite, in every way. It starts off the album right, let’s you know what you’re in for. Anxiety, depression, and sobriety come through clearly. 8-tracks of soft rock, thoughtful lyrics, and a feeling of comfort throughout.

‘Softer, Please’ is brighter, that’s where the pop-warmth sneaks in. ‘Covering Your Eyes’ takes on a story, it’s a good one to sit and listen to every energizing word. ‘Take You Home’ is a soulful piece for relaxing. ‘Liminal Space’ takes some good rock risks that I appreciate, knowing the artist crafted a journey. Axiom never settles on a singular style, but these tracks are definitely a set.

Drizos: “I have been watching from the sidelines for twenty-five years, taking notes on what and what not to do. I’m using all those observations now in my own music”

Listen to the album here or:

Learn More: Currently the drummer for Jerry Joseph and The Jackmormons, when not on the road Drizos helms the board at his studio, The Panther, where he puts on his engineer and producer hat and has worked with countless artists, including Patterson Hood (Drive-By Truckers), Jerry Joseph, Chris Funk (The Decembrists), and Scott McCaughey (R.E.M., Minus 5, The Young Fresh Fellows).  Originally creating The Panther to record his own music, with Axiom he set out to play as many instruments as he could on the record, and sing, though Drizos did enlist the help of a few friends, and his wife (The Decembrists’ Jenny Conlee-Drizos).  However, Drizos manned the project by writing, recording, producing, and mixing it all himself at The Panther.