New Release: “Come On The Ride For The Love Story But Find Love For Classical Music Along The Way” 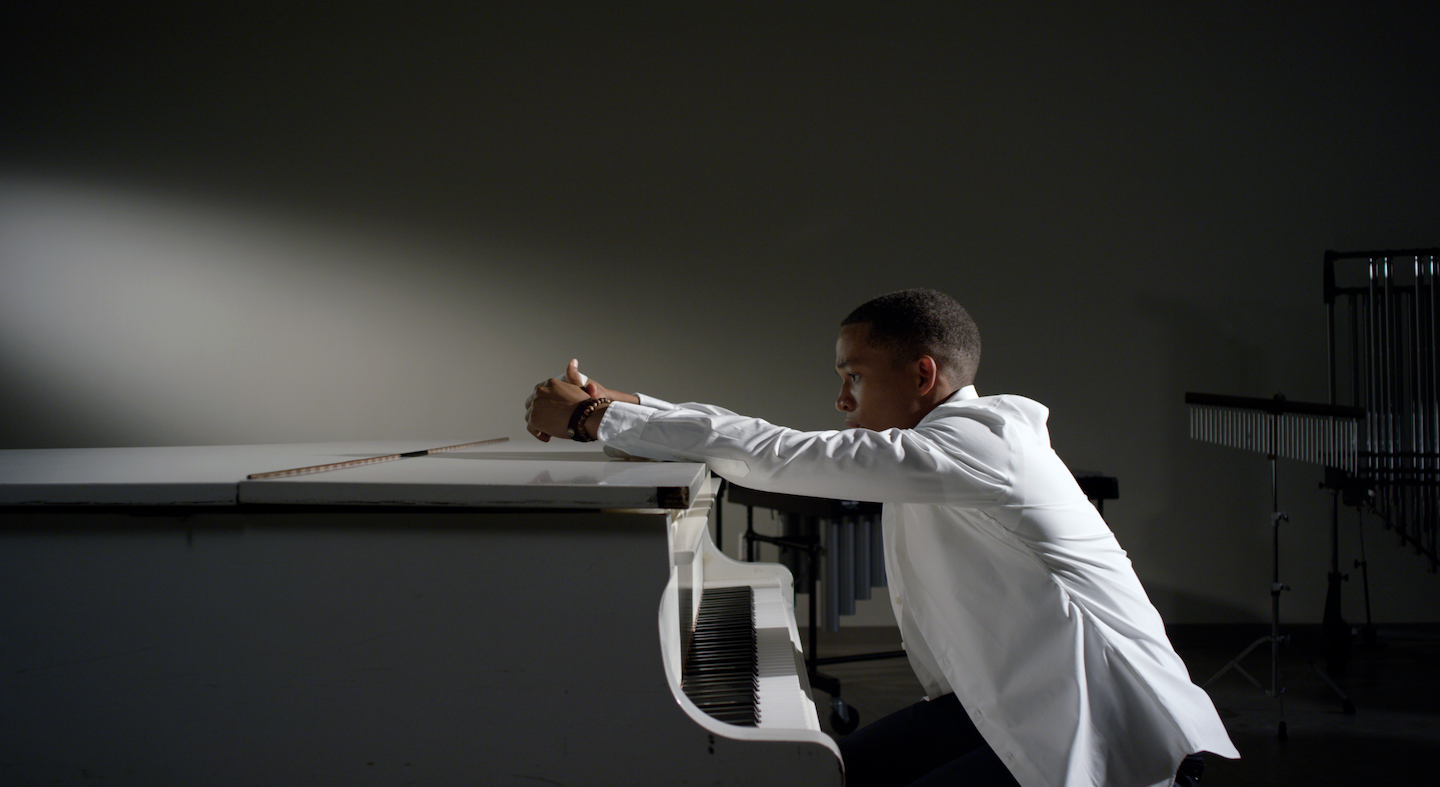 An interview with Director Jenn Page.

Pre-Order “Playing With Beethoven,” a timely celebration of Beethoven’s music. 2020 rang in the two hundred fiftieth anniversary of the birth of Ludwig Van Beethoven. From PlayingWithBeethoven.com:

Sitting down to ask Director Jenn Page about her new release, I enjoyed re-watching this trailer and getting goosebumps at the prospect of enjoying this piece alongside my kids one day.

What made you choose this script at this point in your life?

I had done five feature films before Playing with Beethoven, and though each was a wonderful experience for one reason or another, I was really a hired gun. I was there to help someone get their dream project done. I wanted to do a film that was solely mine. Succeed or fail, good or bad, it would be my fault, my decisions, my heart on that screen.

The writer, Catherine Shefski, found me on Twitter and sent me her script. It was just so lovely. A young duo exploring the city though its music. I’m all about films revolving around music, especially if they have heart, and Playing with Beethoven had plenty. Plus, Catherine was such a kind soul, I knew I wanted to work with her. When her sweet friend Claire Belkofsky came on board as our first Executive Producer, and did it strictly because she believed in Catherine, we knew we had to find a way to get the film made.

What do you hope audiences will take away from this experience?

One of the biggest hopes we have for this film is that it will find a younger audience who will come on the ride for the budding love story but find some love for classical music along the way. As with any of my films, I hope that the audience has a smile on their face while they watch, and even if we make them cry along the way, by the end they have a smile in their heart.

Who were your primary collaborators and what did they bring to the project?

This film would not have been possible without my core team.

Chris Edgar, our composer (and a producer on the film), was the first person I asked to join me on the journey. I knew I needed someone with his skillset and work ethic to pull off the music. He had to write or arrange a dozen songs in mixed genres, rehearse all the actor/musicians beforehand to prepare them to play live on set, and conduct all the music scenes. All the while, he was handling producer needs like contracts and casting. He is truly my partner-in-film and a music genius.

Summer Walters was not only our executive producer and played Margorie in the film, but she was our biggest cheerleader. She would drive from Marina Del Rey to North Hollywood to meet with us weekly (and if you are from L.A. you know that’s love!). She would encourage us to keep going no matter how tough it got, and she made sure we had what we needed one way or another. It’s taken us four years to get to the point where the film is finally in theatres and there was not a single day that we didn’t have Summer asking us what we needed and reminding us that we have something special and to keep believing.

Then we have our rag tag team of producers: Brandon Poller, David Schatanoff Jr, Justin Anderson, Casey Ellings, Walker Donnelly, Chris Yanke, and Corinne Jayaweera. Is that a lot of producers? Why, yes, it is. Did we need every single one of them? Yes, we did. Most of the team had never even produced a short film before, let alone a feature. All of the team was full of passion and drive, and I literally tear up writing this because they had no reason to volunteer to help make this movie, but they did and with their full hearts in the game. From finding amazing free locations to pulling in free food to doing way too many jobs on set every day, our producers were the dream team that made Playing with Beethoven happen.

What did these two young leading actors bring to the project, what do you want people to know about them as people and in this film?

Playing with Beethoven had a special casting issue we faced right at the top. We had to cast pianist first, actor second. Because we were playing all the music live on set, and I mean ALL, we needed actors who could really wow the audience with their playing.

Naomi Druskic was the very first person to audition for us. She came in for Charlotte, our lead female role, and I swear when she played the piano, we all almost fell out of our chairs. To be honest, I don’t think any other actor reading for that role had a chance after that. I remember when it was time for her to read for the role I was just praying, “Please let her be good, please let her be good.” She had wonderful instincts and a playful air about her, and I was pretty confident from that first audition she was our Charlotte. After we cast her we found out she had been flying here from Bosnia for auditions and callbacks because she wanted the role so badly. We had no idea. We also found out after we were on set that it was her FIRST MOVIE EVER. How’s that for conviction and dedication to the film?!

Finding our lead, Josh, had proved to be more challenging. There were guys who could act but not really play, there were pianists who could play well, but were not Josh. Somewhere in the middle of audition week I got an email from this young actor, Aric Floyd. Normally, I get a little annoyed when actors reach out to me directly. The casting process is set up how it is for a reason. However, I couldn’t ignore this email. It was all about how Aric felt he was Josh, and by the words he wrote not only was that possible, but I could tell his passion. I was very excited for him to come in. Once again, “Please let him be good. Please let him be good.” He played piano well, he was somehow both nerdy and cool as Josh, and he, himself, was incredibly charming. I knew not only did I want to cast him, but I wanted to rewrite the script to really give him some meat to work with around the lack of diversity in the classical music world. Aric turned out to be one of the most generous, kind, hard-working actors I’ve ever had the pleasure to work with. Every single person on the crew was completely in love with him. We were so very lucky to have someone so dedicated to the work (especially with all the piano pieces he had to learn).

How did this project push you into the next stage of your career, what did you gain from this experience?

When all is said and done, I do have things I wish I could go back and do over, but I just take those as learning instances to take with me onto the next film. I gained an unbreakable film family with those who have been with me in the trenches the last four years. I gained a deeper knowledge for the type of projects I want to do moving forward. When you spend four plus years on a project it really makes you think about what you want to spend your time making.

One of the coolest things to happen thanks to the film is that I booked two films in the million plus budget with a team of producers I’m super excited to work with creating films that put love and light in the world. I sealed the deal when they saw Playing with Beethoven. So, it may not be a perfect film, but it is a film that will resonate with the right audience….my kind of audience.

Jenn Page is an accomplished feature and series director who was selected by Take The Lead as one of the “50 Women Who Can Change The World in Media & Entertainment” and by Blackmagic Collective as one of six directors for the “Future Women of TV” initiative. She’s filmed projects for/with internationally known brands and artists including Marvel’s Agents of Shield, The Voice, The Mindy Project, Blackmagic Design, Panic at the Disco, Billy Ray Cyrus, and Wolfmother. She’s directed multiple award-winning features and digital series, mostly with a focus on romantic dramedy and musical projects.  Most recently she completed “Playing with Beethoven,” a feature film starring Kadeem Hardison and Shannon Elizabeth that is in theatres and on demand November 2021.