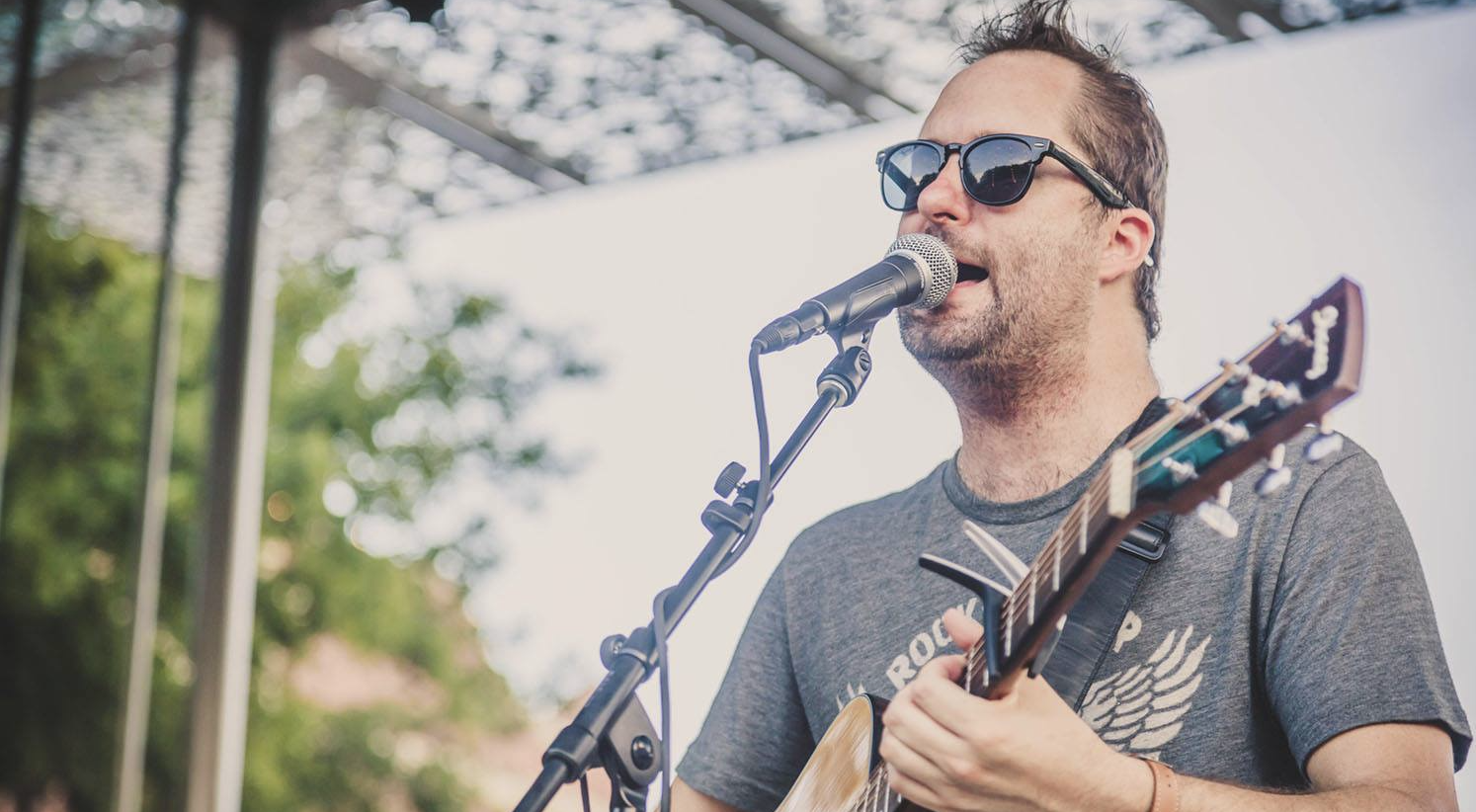 “Deron Wade is a singer-songwriter-entrepreneur. His music has been described as “James Blunt, meets U2 kicking it at a cafe with the lyrical seance of Bob Dylan.” TV/Film placements include “Brooke Hogan Knows Best” “Dancing with the Stars” “Road Rules” & more.  From 2009 to 2013 Deron sold more than 20,000 CD’s on the streets

From Deron Wade on his new release:

“OK. I’m really excited for this song! Mainly because this was my life living in LA. I don’t know if you read my bio or not, but I spent a good 2.5 years selling my CD’s on the streets in Los Angeles. This experience was incredible because I was doing it. Living off my music and making ends meet month-to-month. On top of that, I was running two Independent Music Scenes and working on my music-tech company I co-founded in my apartment complex on Olympic and Figueroa in Downtown, LA. At this point in time I was in my late twenties and really living hand-to-mouth. When they say “hungry artist” that was me. Ripped jeans, glasses with a rubber band, because I couldn’t afford to get new ones and a craving in my soul to get my music out to anyone, anywhere, at any cost. I was “in” it.

I’m working on a book on my time living in this crazy music adventure and can’t wait to share it with you, if you know any publishers, I’m all ears! 🙂 SO let’s get back to the story here. “City Lights” is about following your dreams and making it in LA as a music artist. I wrote another song in the music video featured on my page here called “LA” which was more focused on the grit/hustle of dreamers (actors, writers, musicians) – this song is specifically for Music Artists. I wrote it on my stoop at 1667 W. 12th Street, LA, CA and if you listen to the lyrics, the chorus is “When these city lights get you down, and there’s noone else around, if you’re gonna make it kid, you got to live inside the future.” Which in this case is: Dreaming Big!…“

Even more from his Insider Blog HERE:

“I’m happy to say, that even 20 years later, I still agree with my younger self 100%. In fact, making this album is exactly that. I’m sure you have musician friends that are bitter and have “given up” on their dreams. Let me clear. You can’t give up on who you are. For anyone with this mentality: No matter where you are, or what you do, music is in your soul for better or worse. Keep playing. Keep going. Keep striving. Keep making music for yourself, for others, for music’s sake!

For ten years, I didn’t focus on my music because I took a step back to help other musicians build their dreams. Tuneport.com is my company and I built that with my buddy Mark without any investors and two guys pulling off a little over minimum wage jobs at best! I’ve seen multimillion dollar music tech companies fold and yet, here we are 13 years later, still managing a company that keeps on going, so I’m proud of that, but it’s time to get back to doing what I love which is writing songs. Lots of songs. Lol.

“City Lights” is my past, present and future. Like the song says, “If you’re going to make it kid, you gotta live inside the future.” I hope you enjoy this song as much as I did making it and let me know your thoughts. Sign up on the Email List. I can’t do this alone. Music is a collaborative effort. Yes, I write the song, but it needs your ears to become something alive. Help me give this song life and if you like it, share it with your friends. Tik Tok a verse. Add it to your playlists on Spotify. Your support means everything. Follow your “City Lights.”