New Stand Up Special Release Today: Nick Kroll Is On A Roll 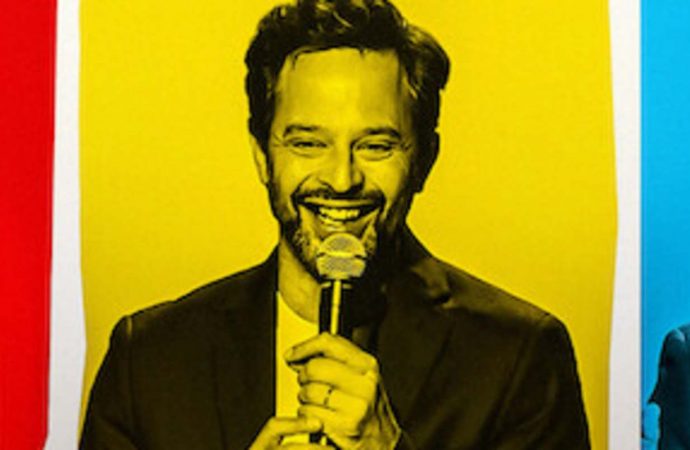 He is a lovely addition to DON’T WORRY DARLING. His casting is INCREDIBLY clear by the end of the movie. And I was tickled by the re-watch of his performance.

But this is really about his NETFLIX special NICK KROLL: LITTLE BIG BOY, his new stand-up comedy release. And you know I’m gonna talk about comedy, because it’s my favorite type of content.

But Nick Kroll’s storytelling is energetic, filled with fun voices, and yet incredibly casual. He has a confident swagger, making fun of himself and the audience like it’s his favorite event. He is having just as much fun as everyone else there. He’s a pro, he’s genuine, and he’s pretty aware of his personal flaws. This is a much more mature version of the Nick Kroll from what I remember from the earlier 2000’s. This could have been any stand-up, nothing special, but that’s the most casual masterful flex ever, just nailing it like we’re having a smoke break outside a comedy club on a random Thursday.

A little background from “Nick Kroll Returns to Standup in New Netflix Special, a Month Before ‘Big Mouth’ Returns for Season 6 (EXCLUSIVE),” by Michael Schneider“

“Kroll toured in 2019, preparing his material for the show — which he planned to shoot in June 2020. But then the COVID-19 pandemic hit. “The lockdown happened and shut down all stand up,” he said. “But then also, a ton of life stuff happened to me. The special, even before the pandemic, was was thematically about this feeling where I had turned 40, and yet there were still elements to myself that I felt were not entirely grown up. So I felt sort of in between. And then the pandemic happened and I got married and had a child.” Those big life changes fed into those themes of figuring out what it’s like to be a grown adult, but not always feeling that way. Kroll went back out and tried new material that reflected his new life, and figure out were it could be integrated into his existing show.”